A staring contest is a game in which an individual stares into another’s eyes and attempts to maintain unblinking eye contact for longer than the opponent.

It is the rare human who can win a staring contest with a White-tailed Deer. 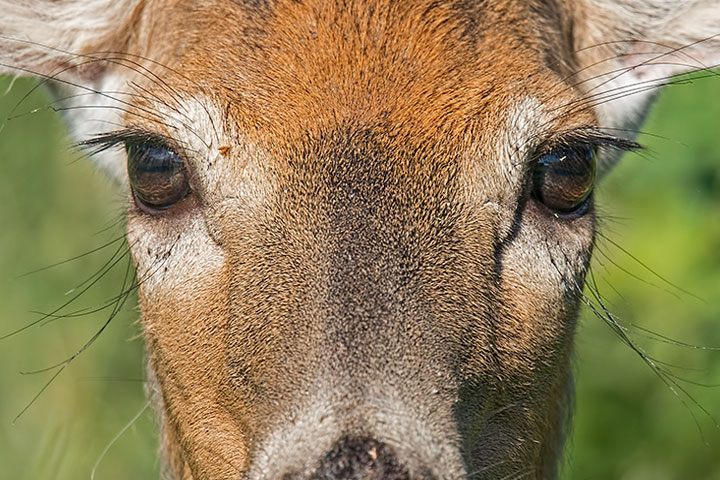 Yet, it is trivial matter to win a staring contest with a Bald Eagle. 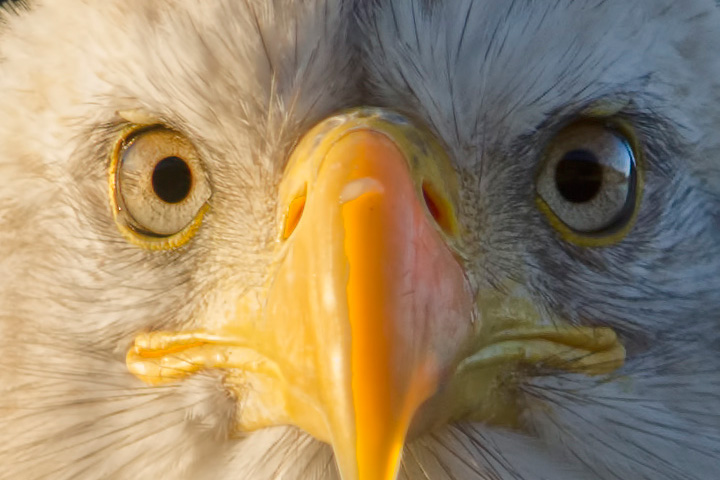 I was reminded of this curiosity in the last few days when I had two really close encounters with deer. The result of the contests was: deer 2, human 0. Why is there such a difference between deer, humans, and eagles? It probably comes down to the differences in their eyes.

Consider the eagle: its vision is much better than that of a human. It easily assesses a human as neither predator nor prey. Consequently, it quickly shifts its gaze elsewhere.

Consider the deer: it isn’t trying to outstare you; indeed, it isn’t really sure you are there. The deer’s (daytime) vision is sufficiently poor that it freezes as it tries to decide if there is a threat. If it cannot smell you (the wind is in the wrong direction), it takes its time assessing this possibly new feature in its environment. If the human does not move, and its colours blend well with the surroundings, the deer might as well not waste energy by bolting, but rather return to browsing.

This White-tailed Deer was seen in the same area as the doe, above, but a day earlier. We stared at each other as my camera clicked away. Apparently, deer have yet to evolve an understanding of digital photography. 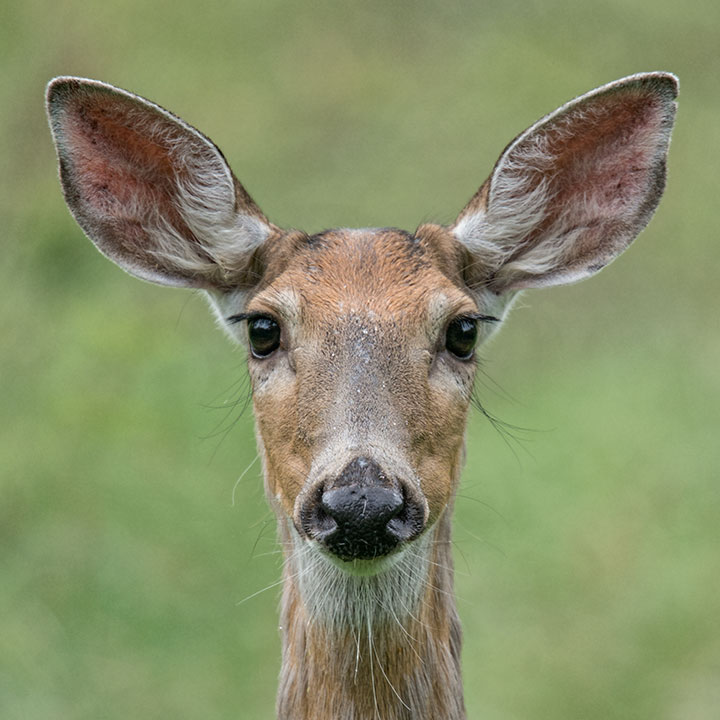