If merganserling isn’t a word, it should be: the chick of a merganser, as in duckling and gosling.

Sources differ as to the number of eggs laid by a Common Merganser, but when it comes to merganserlings that survive to follow mommy around the Lake, I usually see between four and twelve.

Yet, sometimes the number of mergaserlings is huge. I have seen nineteen, twenty-three, and yesterday, thirty-three. These cannot possibly be a single family.

A family of Common Mergansers seen a week ago has a typical number of five merganserlings. Apart from their size, the chicks can be identified by the white bar just below the eye. 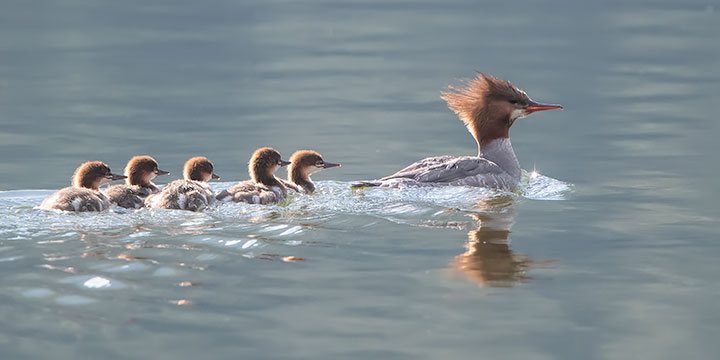 Seen yesterday was a parade of thirty-three merganserlings along with one nursemaid. 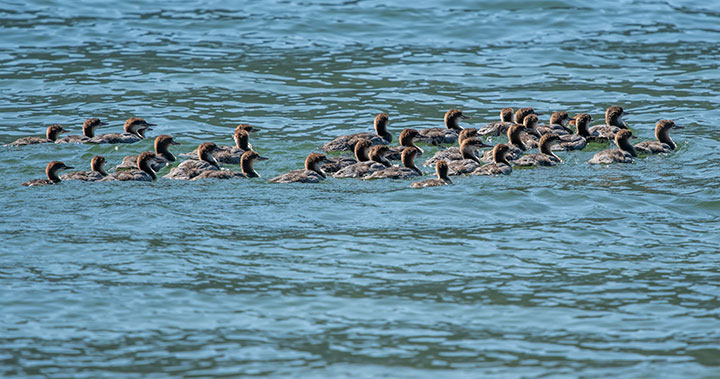