The rowan trees (mountain ash) remain heavily loaded with berries. Often by this time of year, many trees are depleted and birds have spread their seeds widely. A few rowan berries are being eaten by robins, but the many irruptive birds (sometime visiting northern species) that often feed on them have been remarkably sparse this year. They have been seen, but not with the plentitude of some other years.

Finally, I saw a small flock of Bohemian Waxwings. This beautiful bird is named for the red, waxy tips on some wing feathers (seen here). In previous irruptive years, it has frequently been seen gorging on rowan berries and wax berries. So, I have been watching those berries, but without a sighting. So, what was this small flock of waxwings doing? 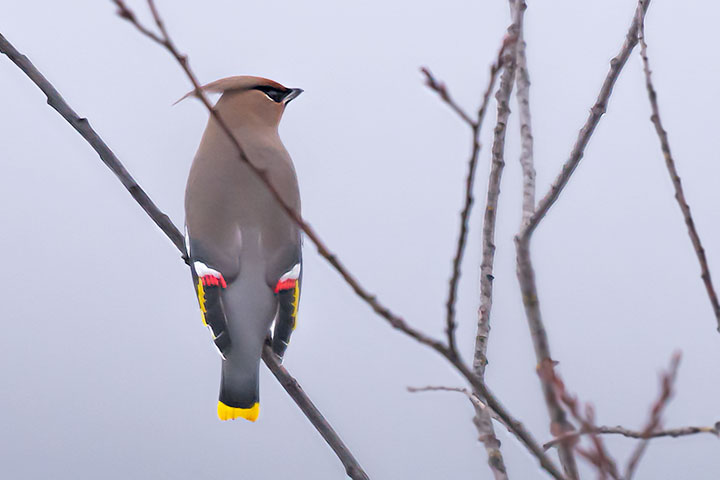 The flock seemed to be hunting insects! This was really odd. While there probably were a few insects around, they are hardly plentiful, it being January. Further, waxwings typically only consume insects during the breeding season. I am confused by this behaviour; Have these birds not read their own wikipedia page? 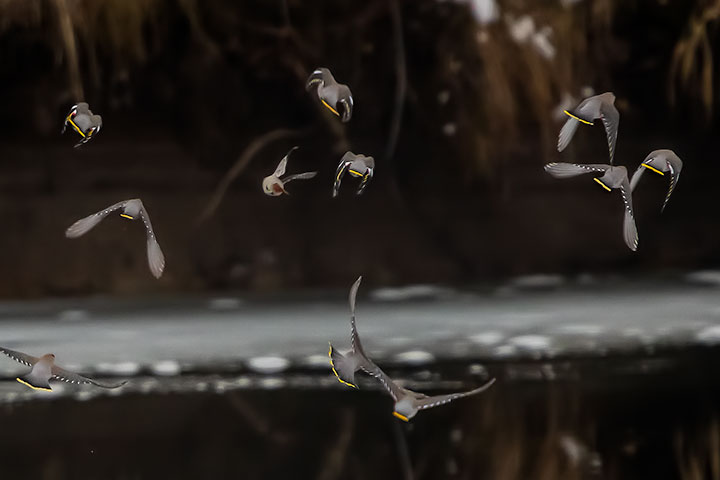