The Red Crossbill is a colourful nomad. Its bill’s strangely crossed mandibles is an adaptation to enable it to pry seeds from cones. However, Red Crossbills seem to assemble in different groups, each apparently associated with, and probably adapted to, a particular conifer species. This specialization leads flocks of Red Crossbills to travel widely in search of their ideal food. They appear for a few days, but soon travel afar.

That crossbills pry seeds from conifer cones is clear, but I have never seen them do it. Rather, I have always seen them alongside and on roads satisfying their passion for salt.

An interesting characteristic of this bird is its range of hues: from red to orange to yellow and beige.

The species is named for the brick red colour sported by some of the males. Although this bird is looking right at us, the crossed mandibles are evident. 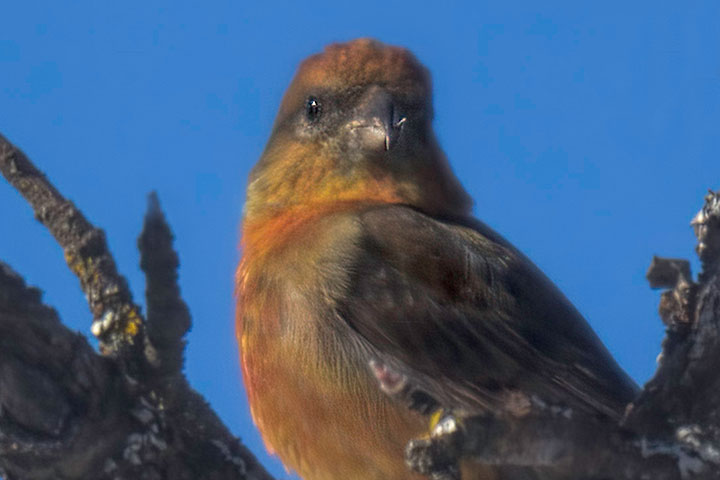 By way of contrast, this female is beige. 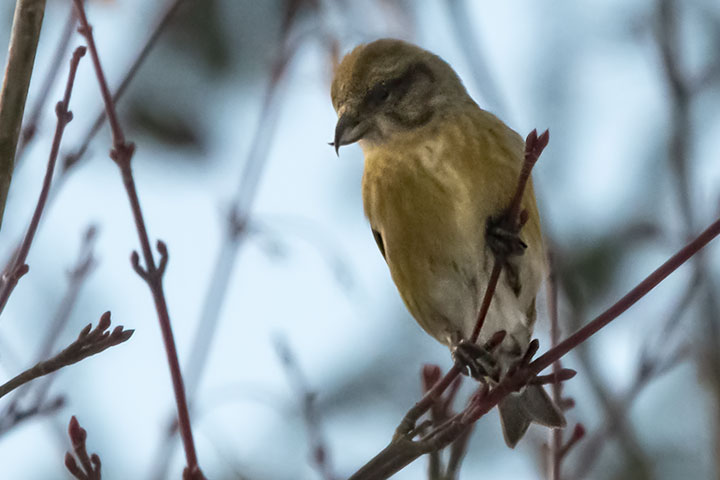 While the species is named for the brick red of some of the males, there are many males that are distinctly orange. 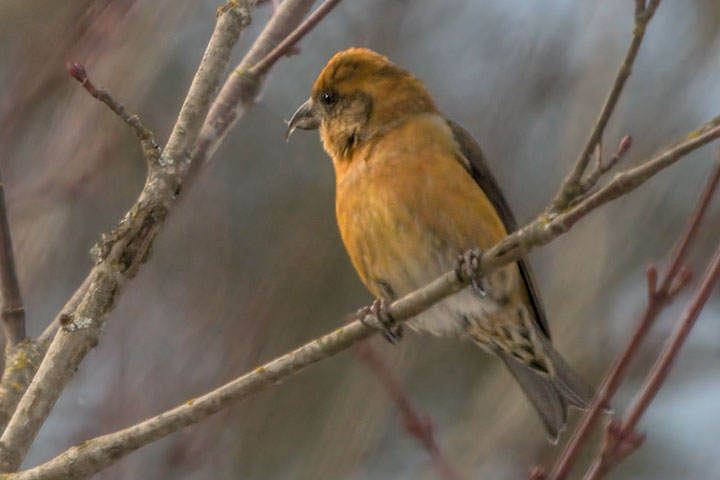 And then there are the first-year males that are a striking yellow. 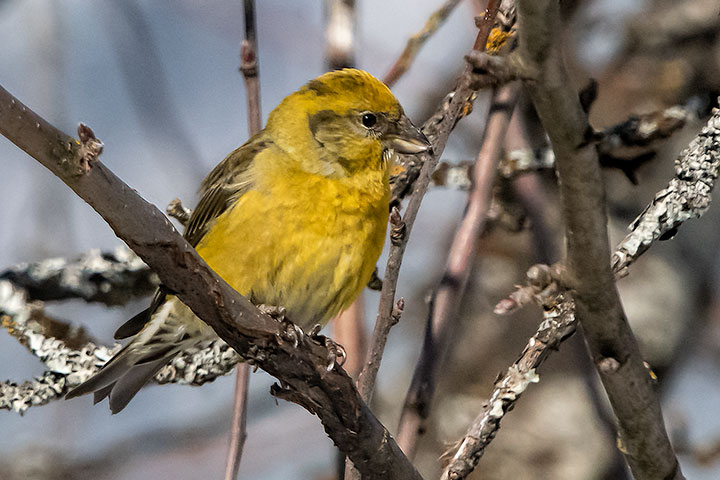 While the previous Red Crossbills were seen in trees alongside roads, they were merely using them as staging posts to enable them to feast on road salt. This is a female crossbill. Salt is ejected from ice as it freezes and so forms a thin saline solution on the ice surface. Consequently, the crossbill merely has to lick the surface to get the salt. 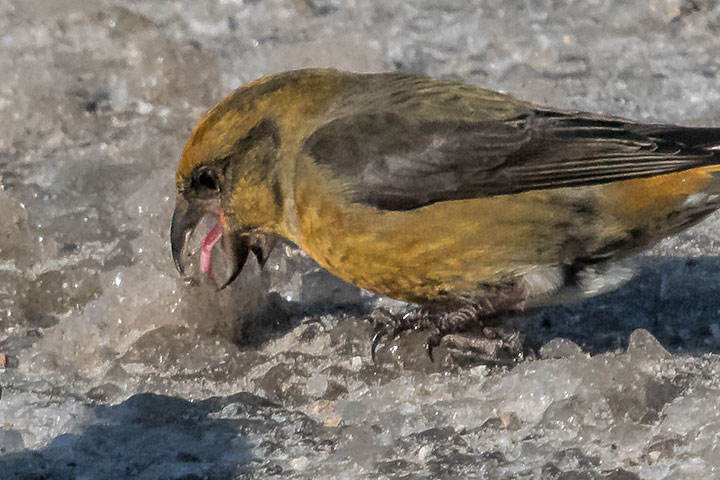 Crossbills were not the only finches seen foraging on road salt. Here are three pine siskins and two goldfinches. 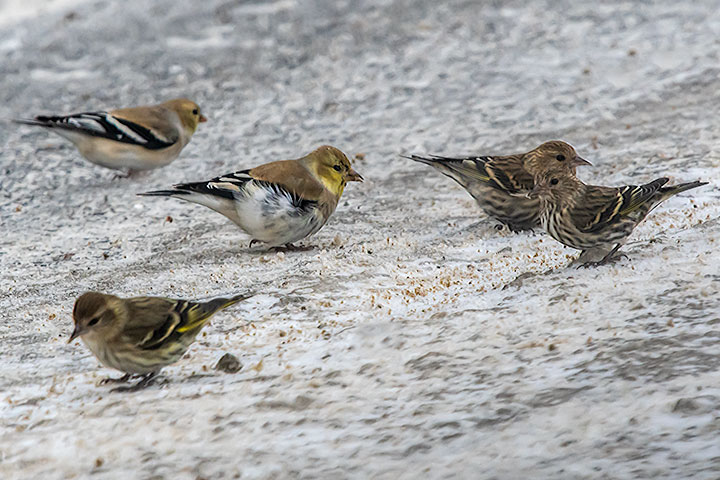