Birds in the woods

Yesterday, I was asked if I were a birder. Probably not. I rarely look specifically for birds and rarely submit observations to birding sites. So, I probably don’t qualify.

What I do do is to look for interesting things in nature. And although what constitutes interesting depends upon experience, it remains that birds are particularly interesting by being some of the most numerous and variable things to be seen during a walk in the woods. I would happily photograph bears and otters (and skunks), but mammals lack the species variability of birds and are less commonly encountered (leaving aside squirrels).

So, I photograph birds.

Nevertheless, I start with the most common mammal to be seen during a walk. 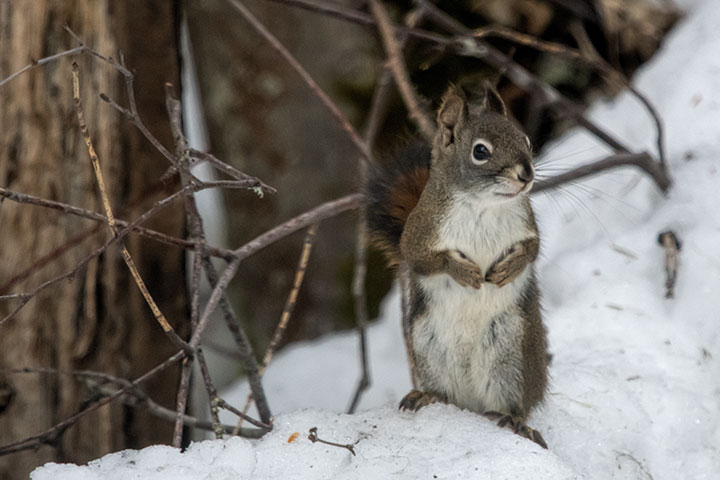 The Pine Siskin is almost as common as the Black-capped Chickadee. 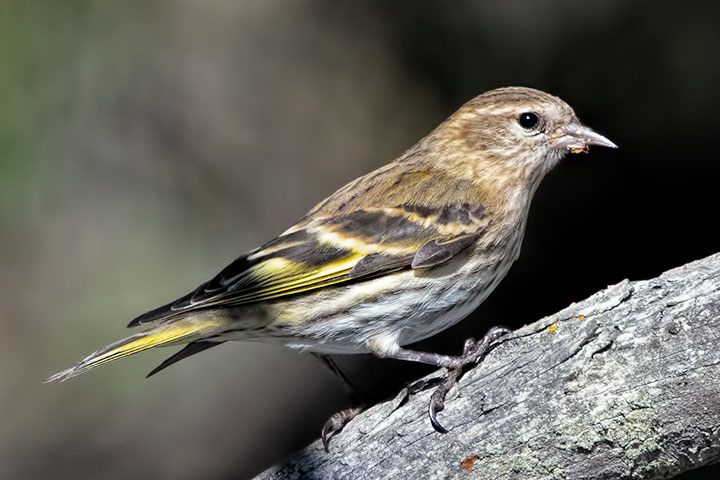 Although the dipper doesn’t have a colourful plumage, the bird makes up for it by its colourful behaviour. A dipper will frequently just climb out of the creek and onto the shore, yet to get onto this thin border ice, it has chosen to lift off from the water and fly the short distance. 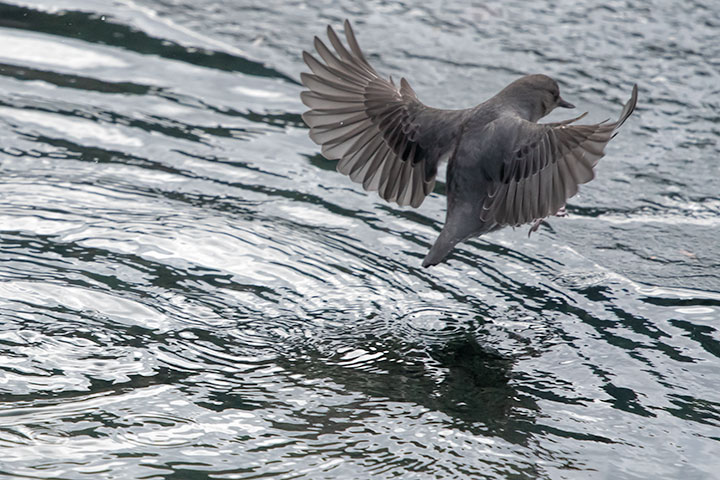 While I occasionally see a Ruffed Grouse in my yard, this one was out in the woods. 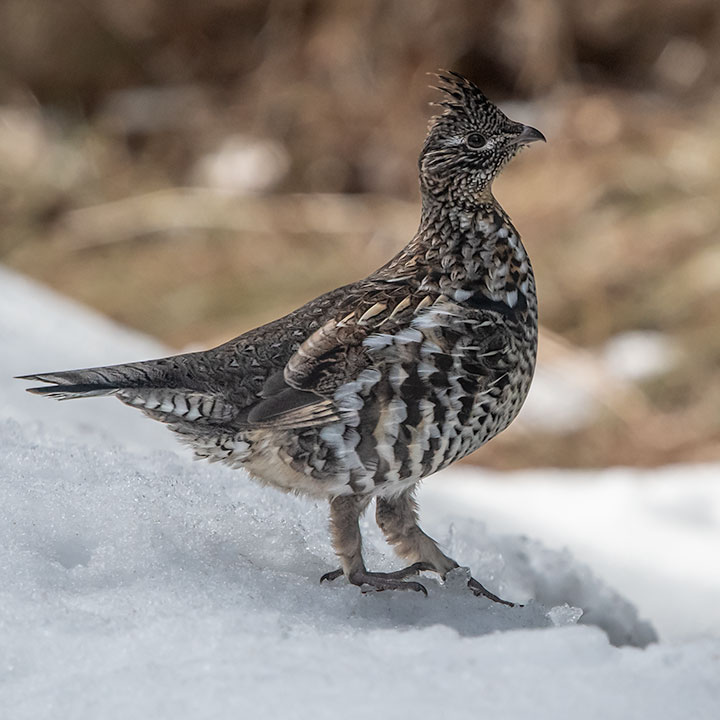 I recently posted a picture of a Bohemian Waxwing flying past, but this one perched nearby and allowed a rather close portrait. Notice the crest. The bird lowers its crest during flight. 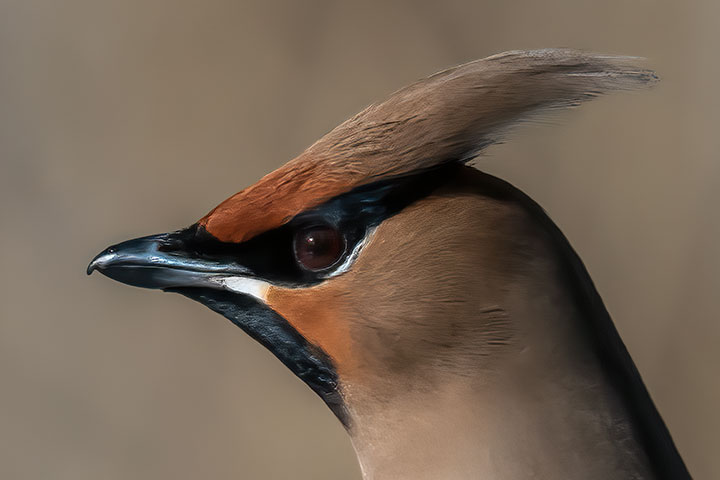 Trumpeter Swans are still with us, but I don’t often see them so beautifully sunlit against a dark background. 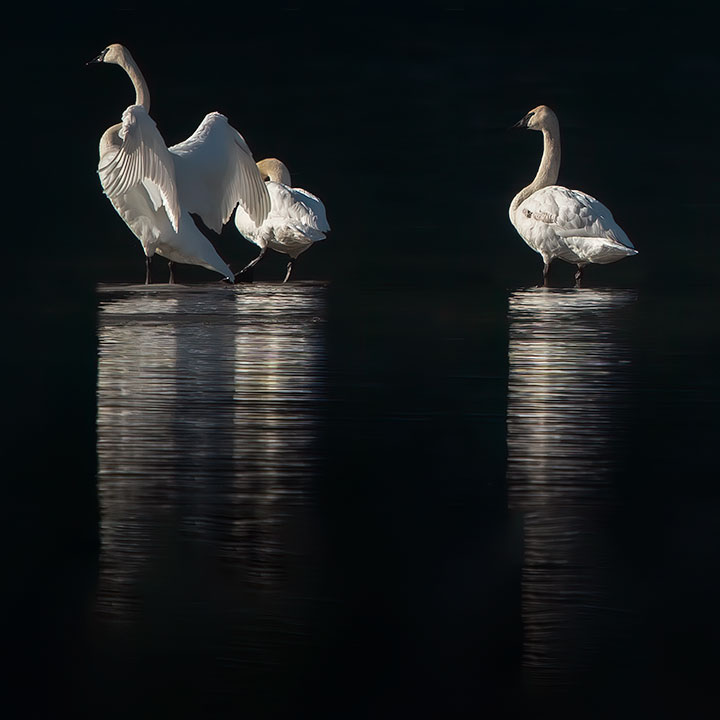 6 Responses to Birds in the woods