Now and then, I am reminded that I am only able to glimpse at the lives of the wildlife around me. I see feeding, and furtive attempts to cross a road, but that is about it. However, occasional clues as to the tumultuous lives of deer can be seen. A couple of them were seen a few days ago, but I start with two older observations.

Here is a 2006 shot of a lesion on the leg of a white-tailed deer. I suspect that it records a recent coyote attack — but, who knows? The deer clearly escaped. 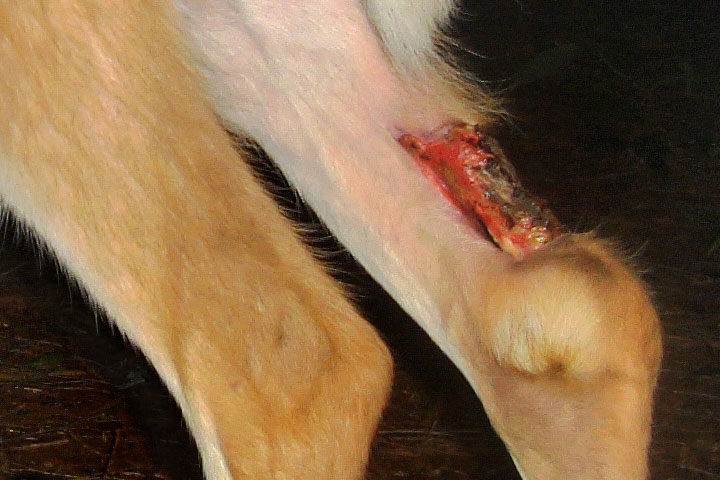 Then there is a partial skeleton in the snow seen in 2009. The deer was probably feasted on by a coyote and finished off by ravens. 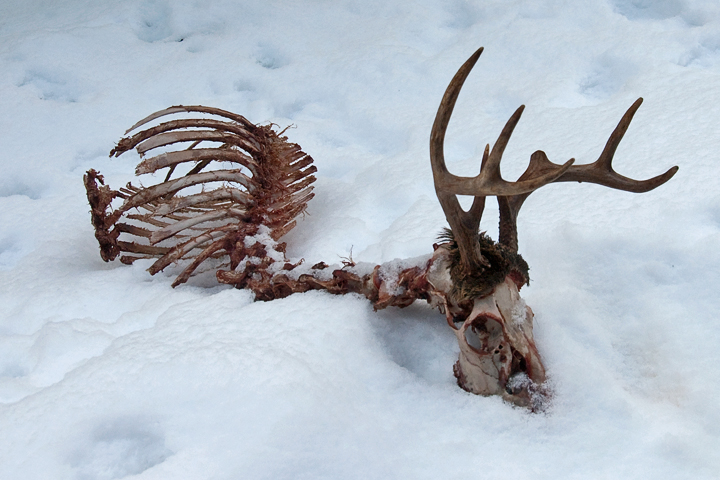 These early observations were widely spaced. So, it was unexpected to see two more in one day. All that remains in the snow is blood and fur. 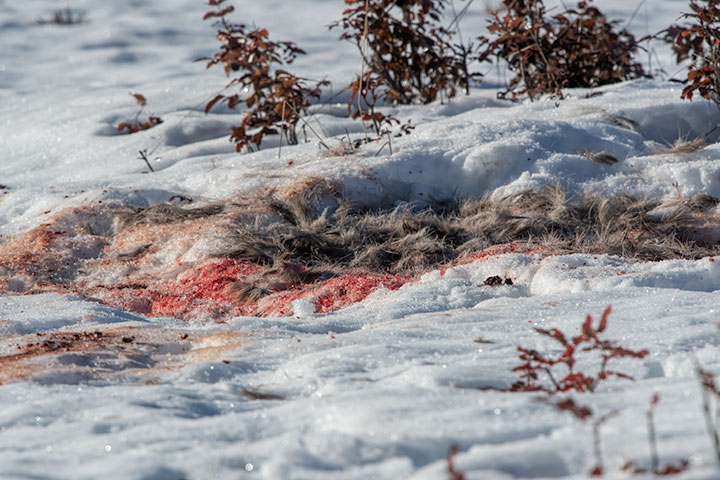 Finally, there was another survivor, a male white-tailed deer (note the pedicle scars), which was crossing the highway in the pre-dawn light. It bore evidence of two prominent lacerations on its side, the size and placement of which suggest the claws of a cougar. 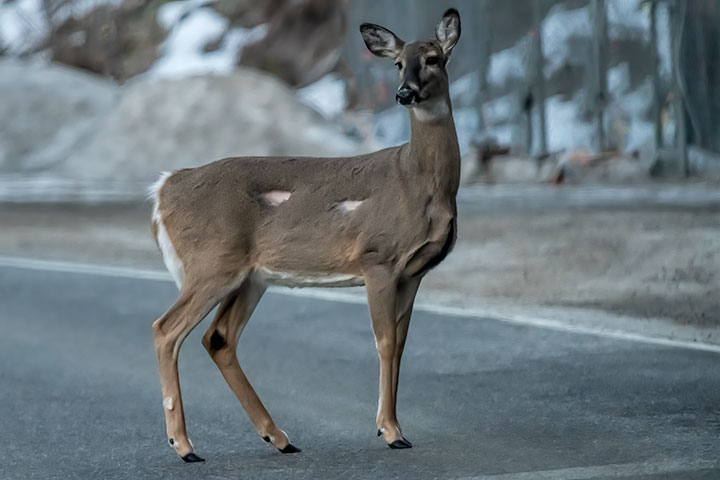