Turkey Vultures return in mid-March, but these seen yesterday were the first I had noticed.

Three of five Turkey Vulture were captured in one shot as they soared on high. They are recognizable, even from a distance, by the way they hold their wings in a shallow V. 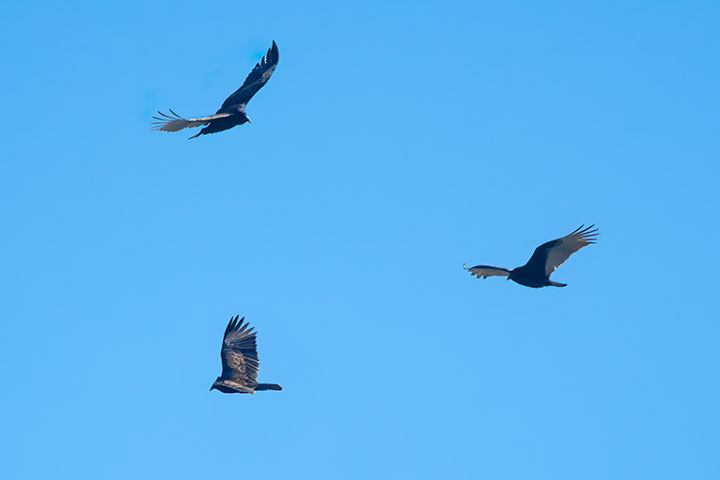 One then descended for a closer look, but soon left. Apparently, it decided that I was in an insufficiently advanced state of decay. 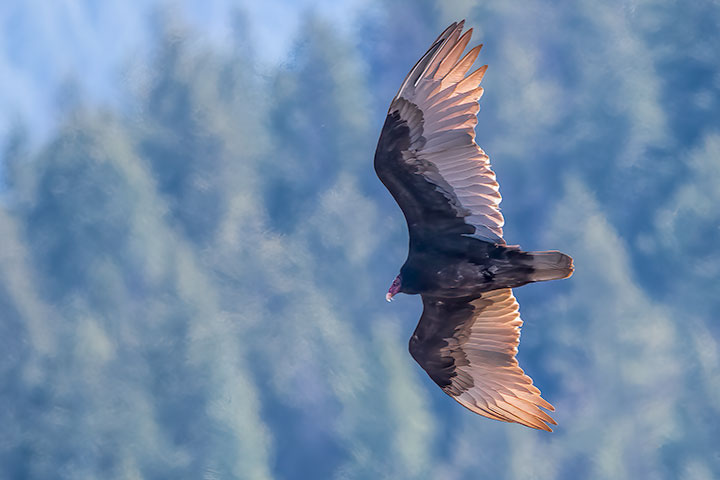