Four swans plus one

Five swans have been hanging out at Nelson’s waterfront for a few days. They have stopped by to refuel during their long migration south from the Arctic. Despite the appearance of being a single family of five, it is probably one of four Trumpeter Swans and one Tundra Swan.

The swans spent their time dabbling as they fed in the shallows. 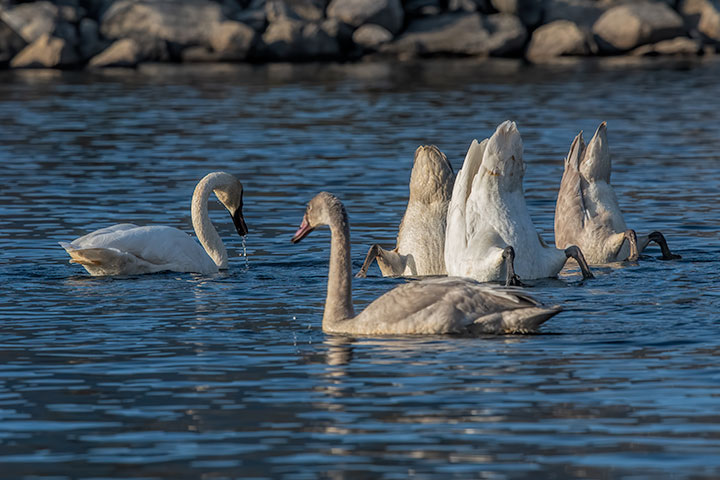 Two adult swans are whitish, while three juveniles are greyish. When first spotted by Chris Drysdale, there was just a family of four Trumpeters. A fifth swan, another juvenile, was hundreds of metres along the shore and hanging out with Canada Geese. This fact alone suggests that the extra juvenile wasn’t part of the Trumpeter’s family. However, it sort of joined the others, but remained standoffish. Indeed, getting close pictures of the five of them together presented problems because while the extra swan remained in the vicinity of the others, it was only rarely close. In this picture, the extra swan is at the back (right), but swimming past the others. 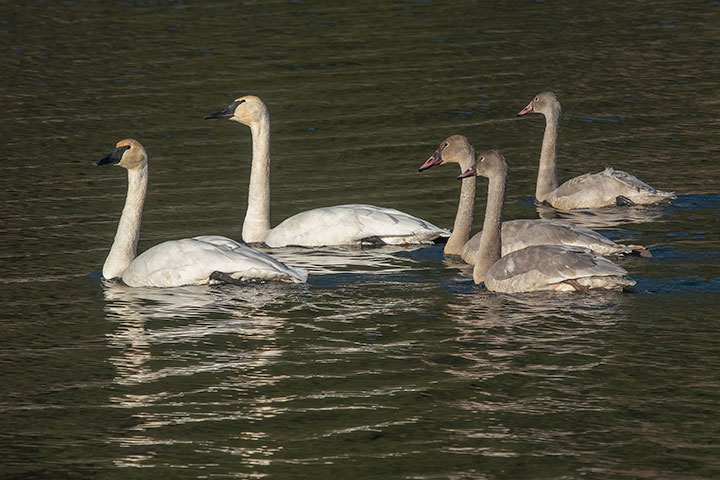 Evidence is piling up that the fifth one is a Tundra Swan. Not only did it not arrive with the others, but it is smaller than the Trumpeter juveniles and in this shot, it is being attacked by one of them. 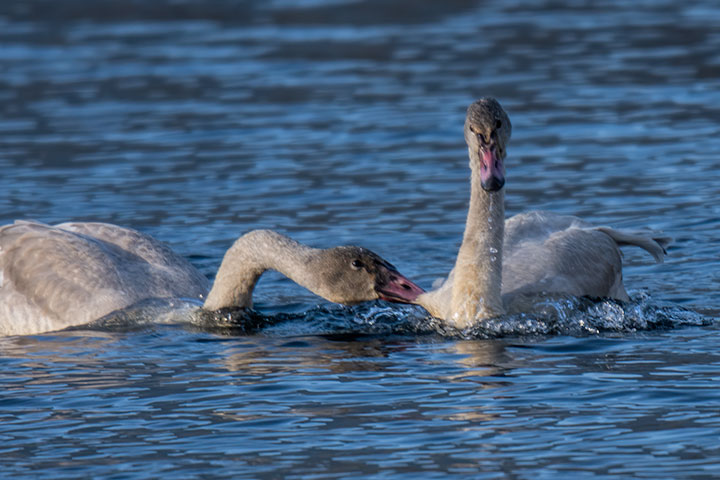 What is likely a Tundra juvenile is the swan at the front (farthest away). It is distinctly smaller that the Trumpeters. Also, examine the legs of the three of them. A feature of Trumpeter juveniles is their pale drab-yellow legs. Tundra juvenile legs are black. 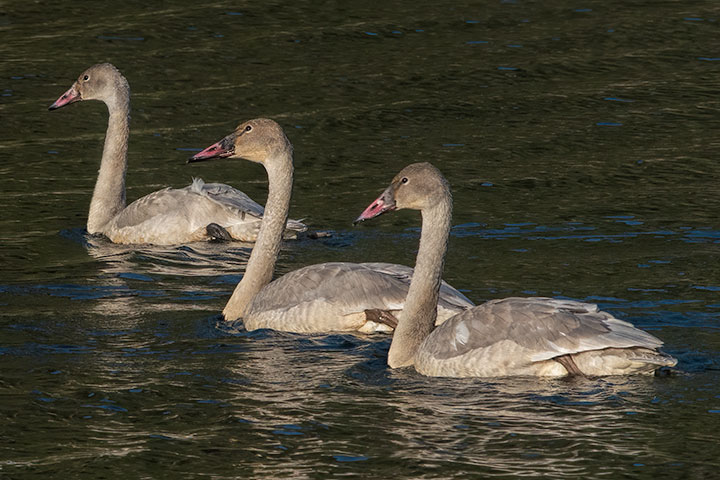 Trumpeter Swans enjoy the serenity of being a Trumpeter. 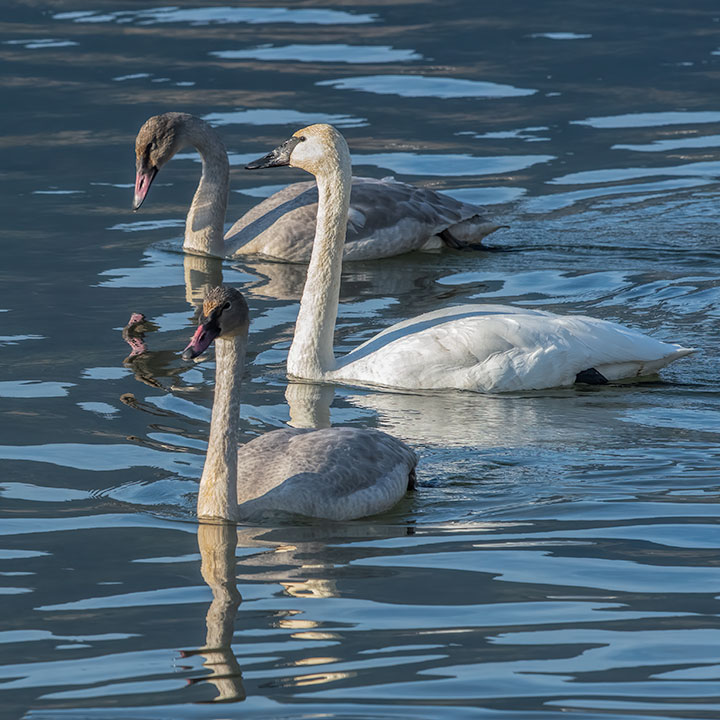 “I don’t care how badly you Trumpeters treat me, I am proud to be a Tundra.” 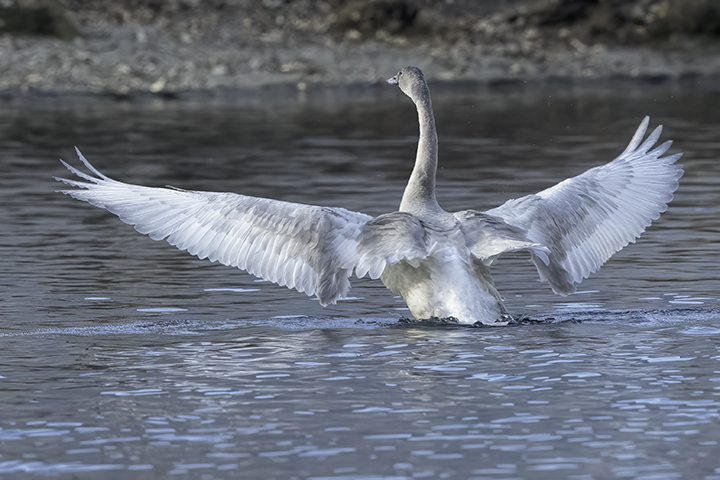 2 Responses to Four swans plus one