Coots remain territorial year round. So even when they form large gregarious winter flocks, they will aggressively attack one another. It is the off season for coot breeding and there seems to be little to defend, yet they still go at it.

To signal aggressive intentions, a coot will arch its wings and raise its tail to show white patches. 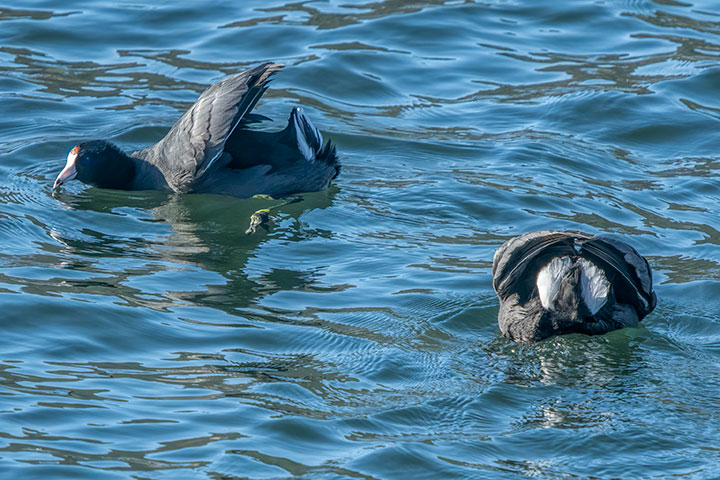 It was unclear why one bird felt it necessary to defend its shifting patch of water. 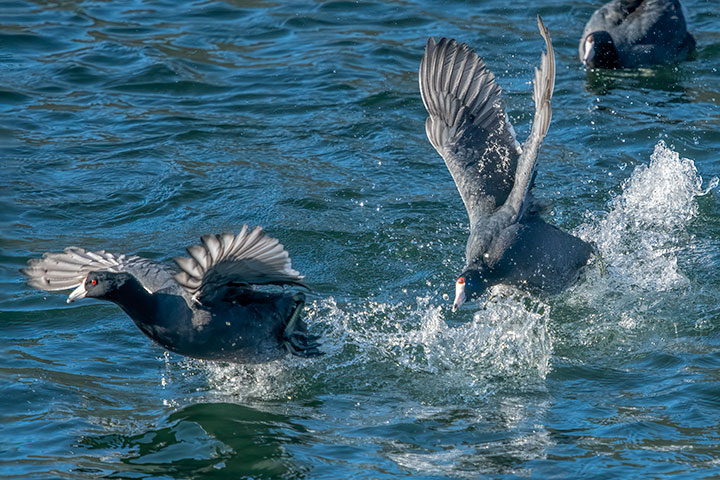 However, it was aggressive towards a number of its neighbours. 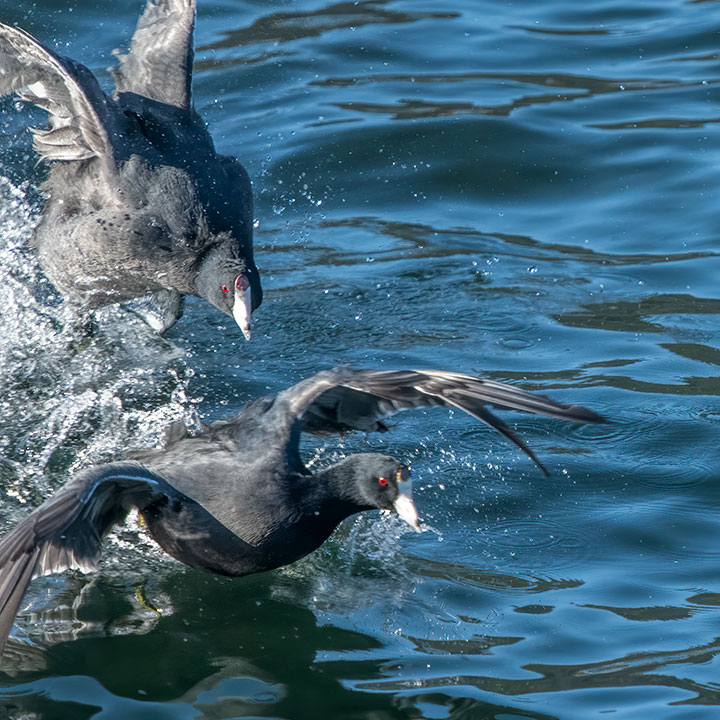