The life of a Barrow’s Goldeneye Duck is not exclusively one of enjoying the delights of feasting and mating.

What started as a tranquil scene of a dozen Barrow’s feeding in the shallows was interrupted. As if from a shared signal, all abruptly started running across the water and took flight. Nothing appeared to have caused the disruption — nothing, that is until moments later, an eagle flew low overhead.

A view into the ducks as they took to the air where they wouldn’t make as easy prey for an eagle. The ducks had spotted danger early enough to escape. 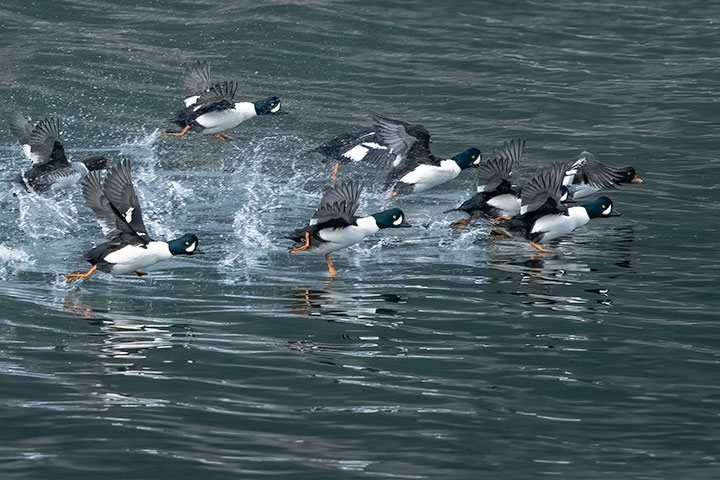 Fifteen seconds after the ducks took flight, an foiled eagle looked down on where they had been. 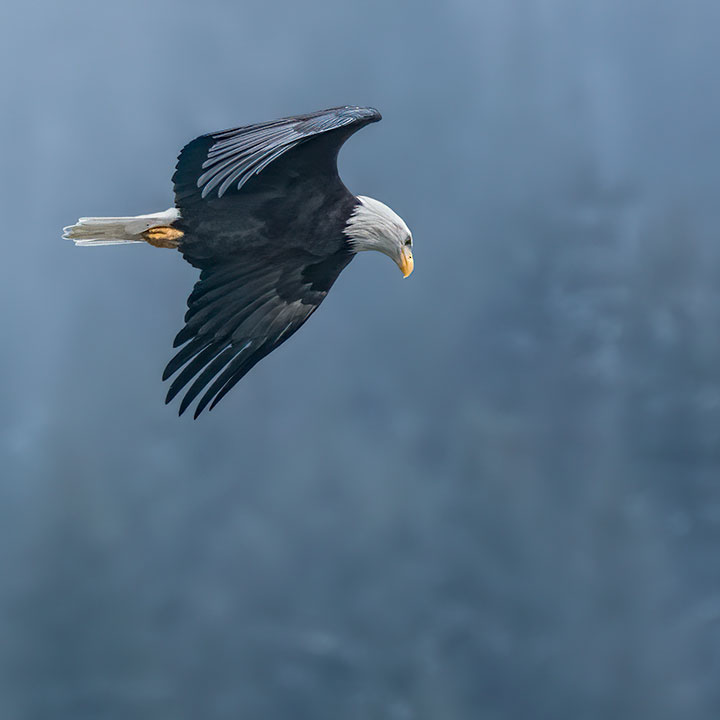