Rock Pigeons live in cities where they typically eat seeds.

Pigeons inhabit cities because the buildings in cities mimic the pigeon’s original habitat of cliffs. So some pigeons began to adapt to urban habitats and found that cities also provided safety and food. In cities, pigeons live mainly on bread crumbs, popcorn, or other junk food provided by humans. Away from cities, pigeons feed on waste grain, and seeds, but turn to berries when times are desperate.

The local ground is now covered in deep snow and the temperature is low. Seeds and and food are in sort supply. What is an urban pigeon to do?

Pigeons eat, what for them is a food of last resort, elderberries. 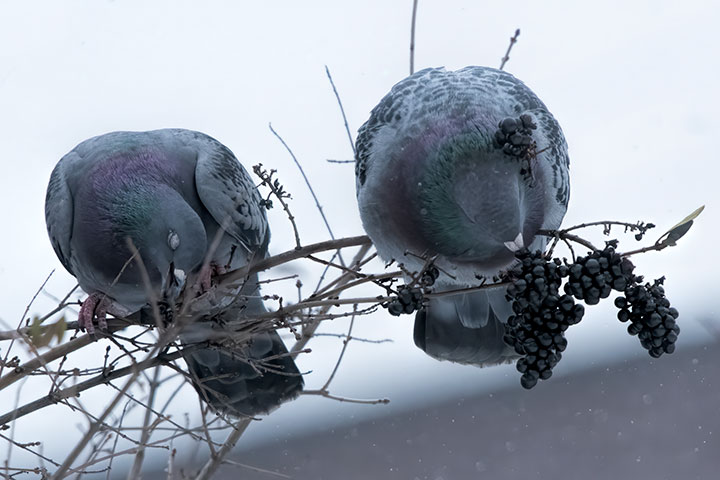