Following the last posting, Osprey returns, now comes the Loon. As with my osprey observation, there have been a handful of others who have seen or heard loons in the past little while. But, this was my first sighting.

Both birds, Osprey and Loon, winter elsewhere but breed here in the summer. Both are big (the loon is 2 ½ times as heavy as the osprey), have black and white plumage, and are live-fish-eating birds that arrive in the spring and leave in the fall. Yet, people celebrate the osprey, while more-or-less ignoring the loon.

Folks watch for the osprey’s arrival, they watch their chicks grow and fledge, and name things after them. The loon, not so much. (The coin named after it is a national thing.)

One does wonder why the disparity.

It might be just a matter of avian marketing. The osprey nests conspicuously on trees and pilings beside the lakeshore in full view of homes and summer cottages. The loon vanishes to nest beside small mountain lakes, well out of view of all but the most intrepid bird watcher. The osprey makes dramatic plunges from on high into the water only to surface and fly off with a fish in its talons; the loon quietly dives for and quickly swallows a fish.

Despite their other similarities, it seems that the loon lacks the osprey’s really good marketing agent. 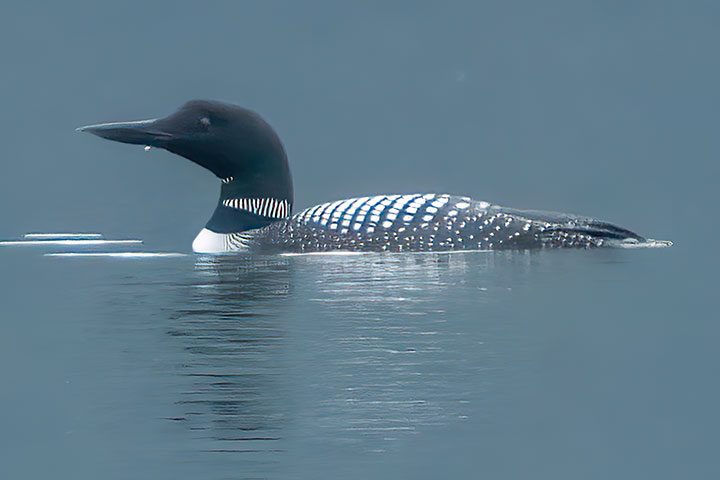