I was at the Coast for three weeks so watched wildlife. Birds were seen mostly. The species I will show in the next few postings can all be seen at Kootenay Lake — herons are common here year round, cranes are at the south end of the Main Lake in the summer.

Of course, the Great Blue Heron is a staple of Kootenay Lake. However, its fishing success in this coastal pond seemed far greater than what I had noticed here. 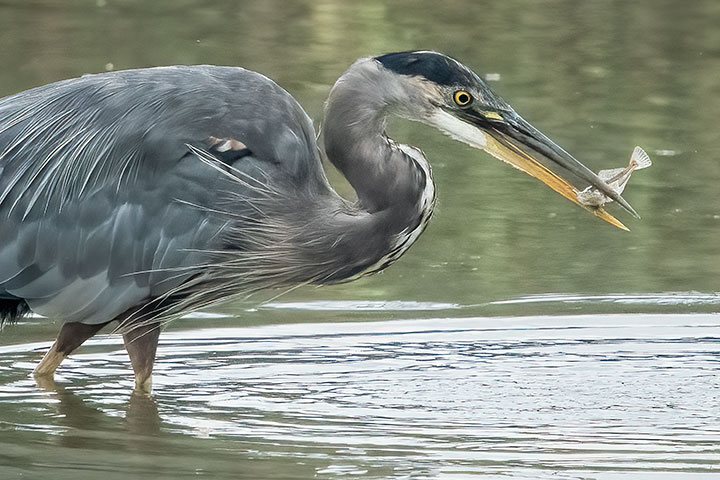 At the same pond was a family of Sandhill Cranes. It was the first time I had seen a chick. 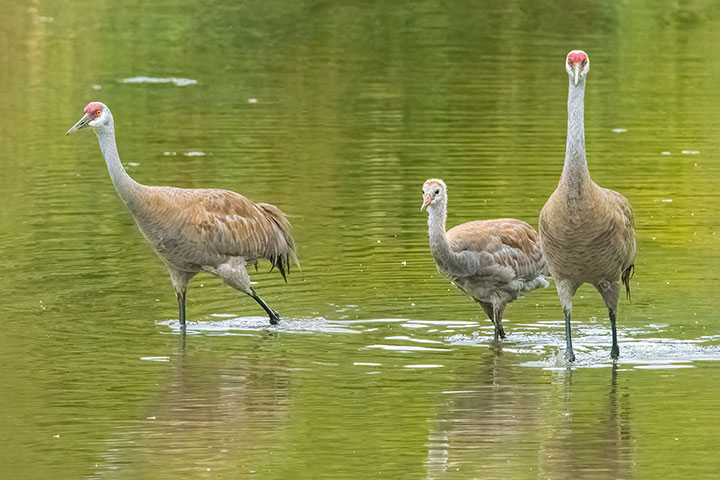 Sandhill Cranes are opportunistic feeders, but most often they eat plants and grains. 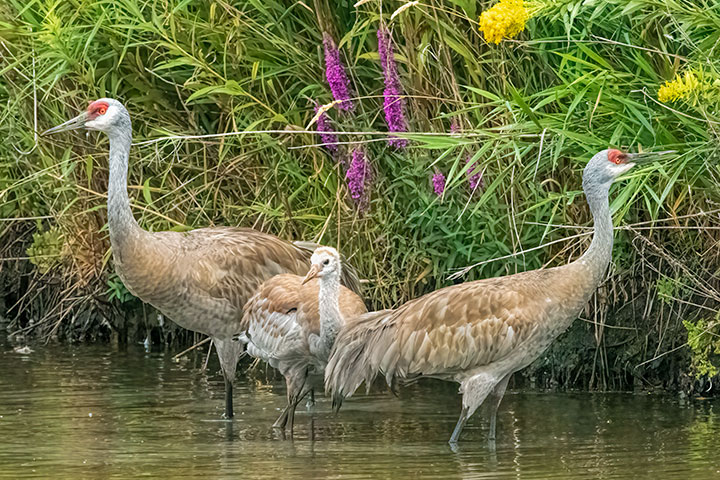 But they also scrounge for small animals. 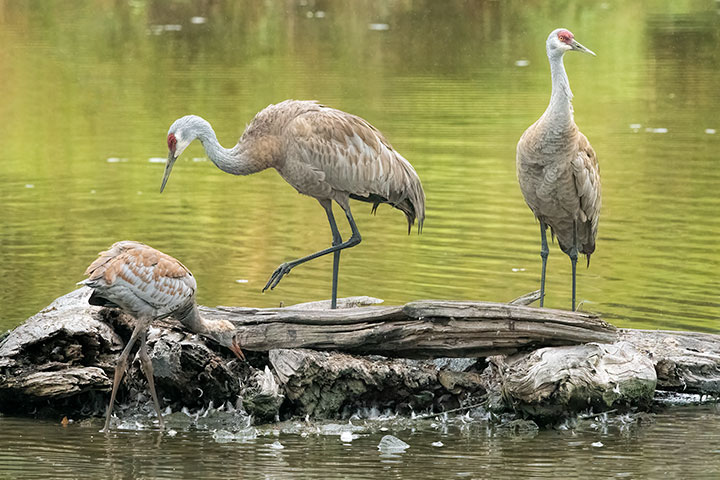 Adults have a red patch on their heads that the chicks lack. 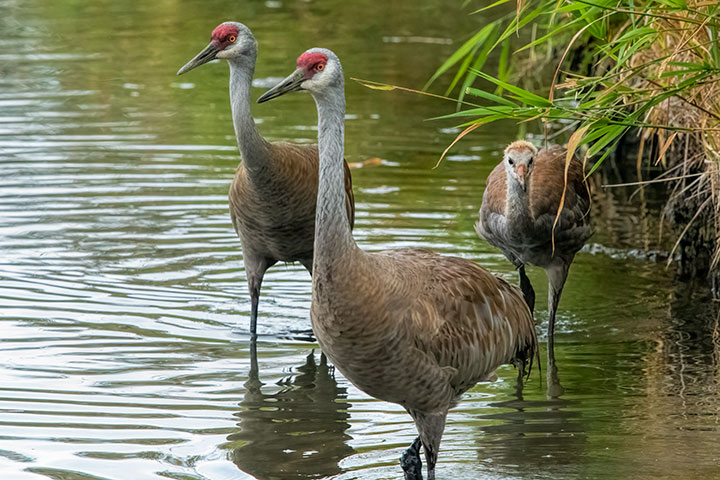 Plumage is a variable grey and is often streaked with brown from the iron-rich mud used when preening. 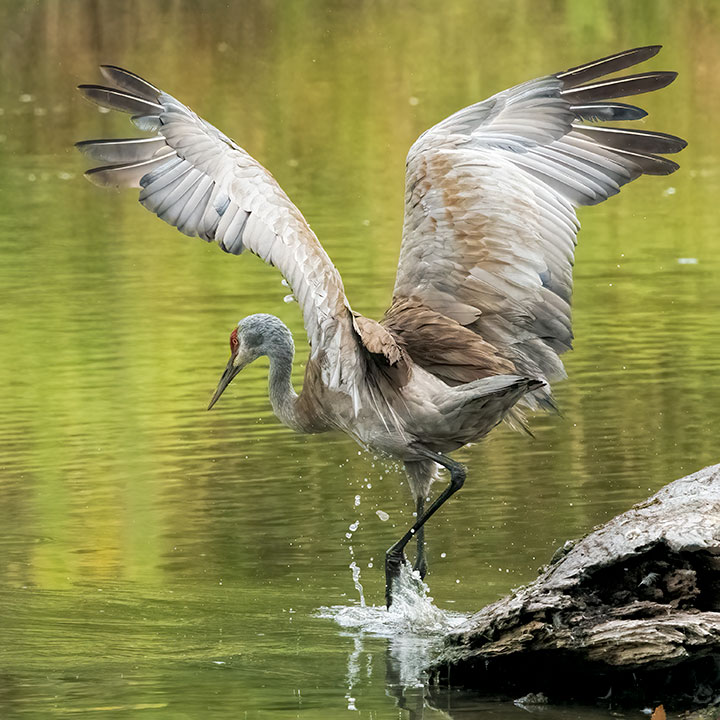 A heron and cranes were in the same pond; Occasionally size comparisons were possible. 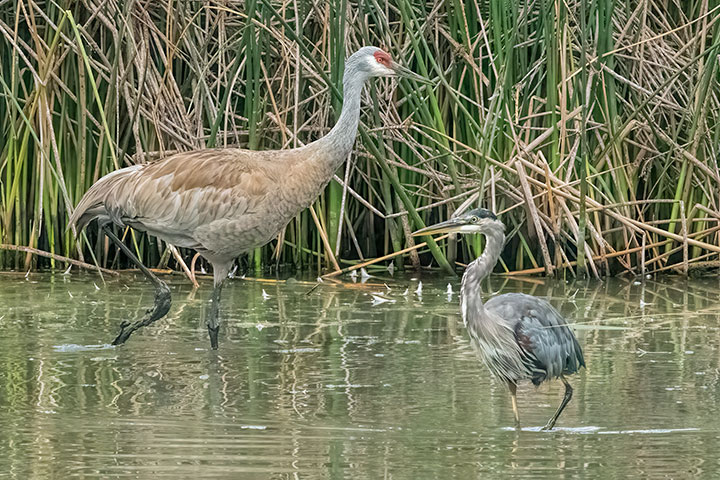 Sometimes the comparisons even extended to mallards. 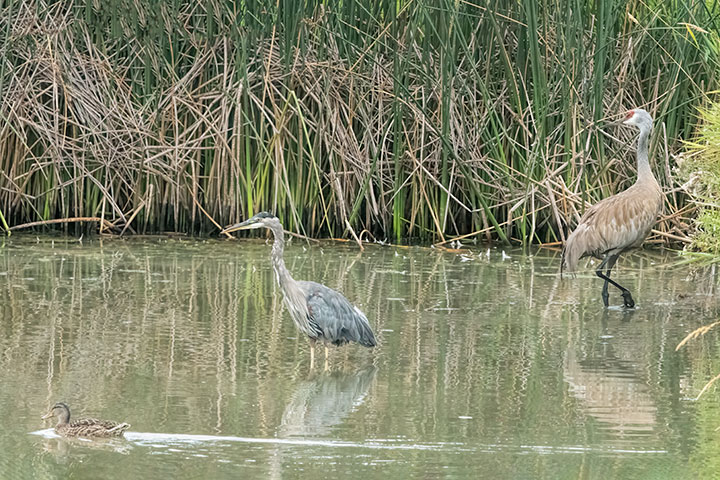 3 Responses to Away views: heron & crane