Local birders have counted ducks on the West Arm of Kootenay Lake in early December since 1974. But once a bird enthusiast sets to counting, other feathered folk get included and a snapshot of a broader bird population emerges.

This year’s results are interesting. Janice Arndt, who coordinates the activity and collates the results, notes that the numbers of loons and grebes were up, while those of geese and pigeons were down—both situations that cater to the biases of many folk.

My contribution to this project is both minor and recent: I tag along on one portion of the count with the hope of taking interesting pictures of birds. By that measure, this year was not particularly good. It rained much of the day, and most of the waterfowl stayed too far out on the Lake for detailed images. My count day’s sample of pictures, below, shows only one really satisfying shot.

The iconic duck, albeit not the only type to be seen, is the mallard. The number of counted mallards has been dropping over the last five years. At least those that remain stay within easy reach of my lens. 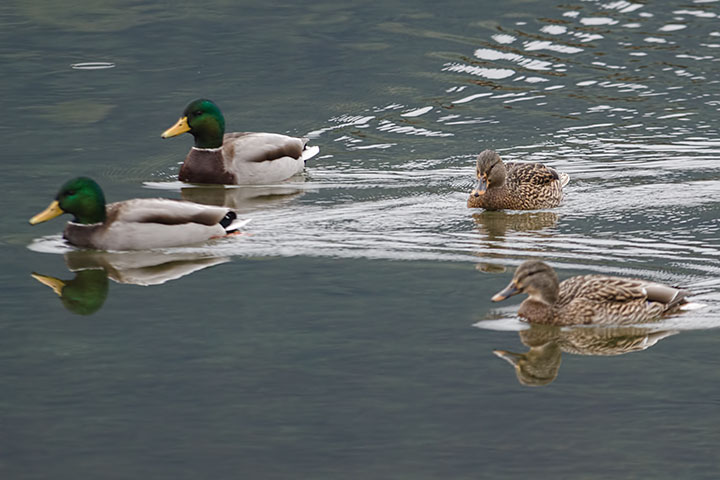 The next two pictures illustrate a problem of the day: rain. This one shows a male Common Goldeneye. 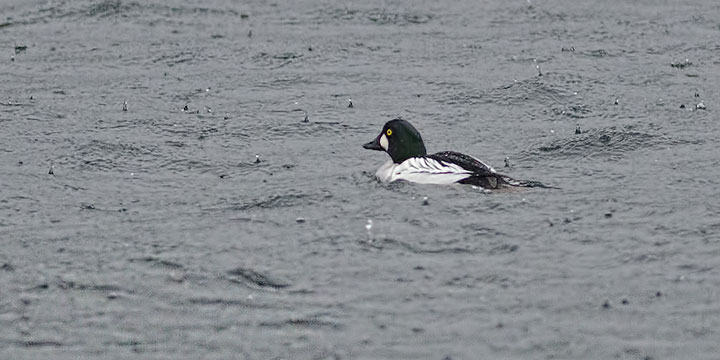 The rain dappled water is also evident in this shot of three female Bufflehead Ducks. 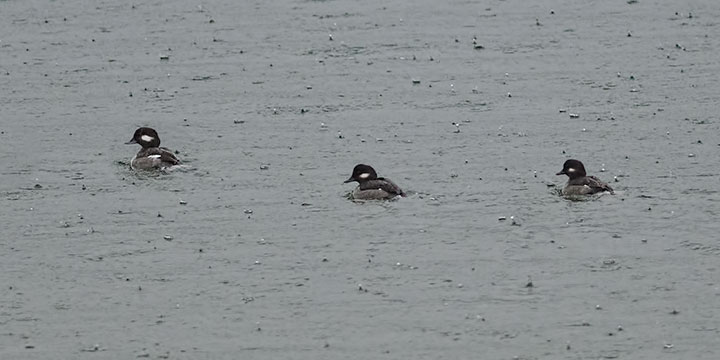 This view of many Horned Grebes was sufficiently distant that they appear as little more than dots. 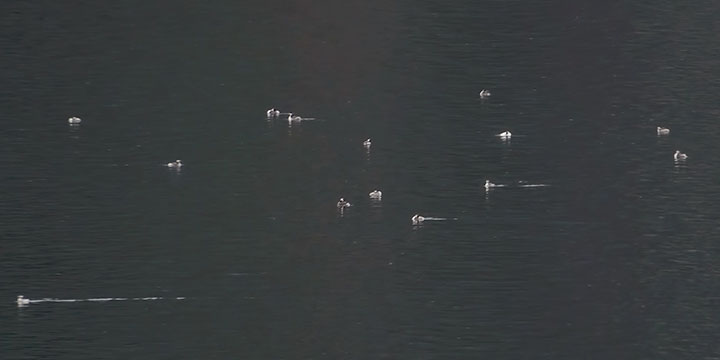 The enthusiast of meteorological optics might be excused for ignoring the many ducks (scaups and a redhead) in the face of the more interesting two-image inferior mirage of the Harrop ferry. 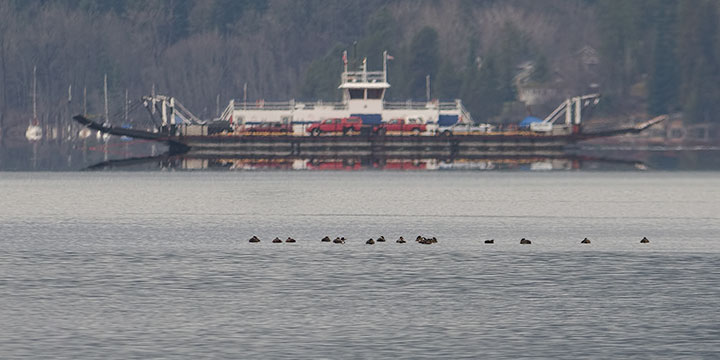 That this female Northern Flicker (woodpecker, not waterfowl) is of the red-shafted variety is evident. 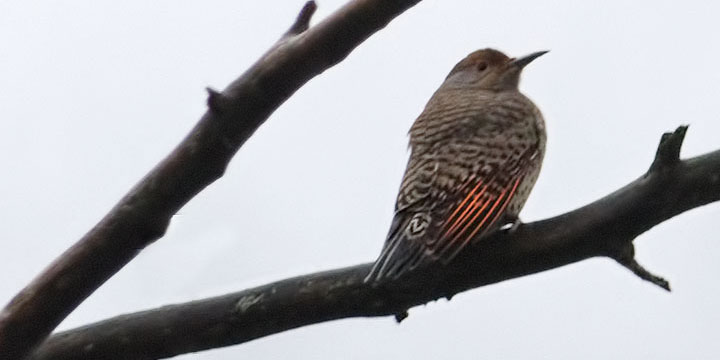 Somewhat more colourful is this shot of three members of a flock of House Finches. 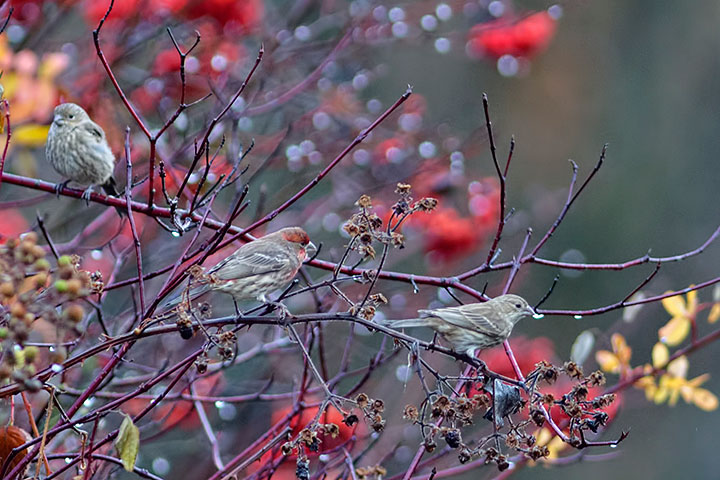 And everyone’s favourite: a Bald Eagle. Although my team only recorded seeing one eagle, a second distant one subsequently turned up in one of my duck pictures. 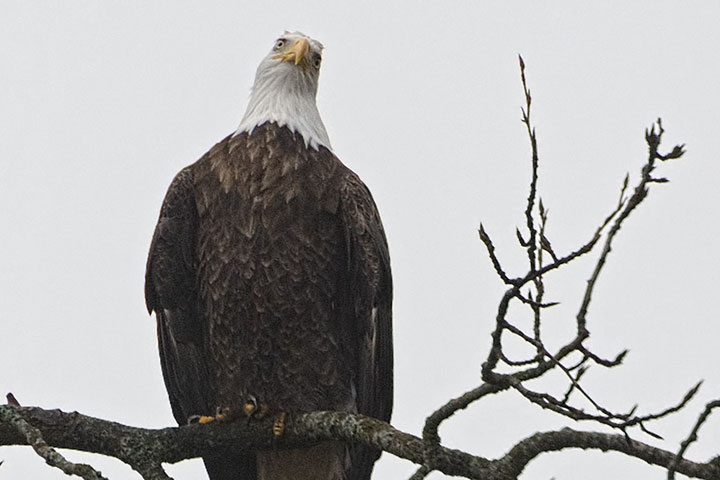 Just as much fun for the omnivorous naturalist were mammals. We saw two white-tailed deer and this muskrat. 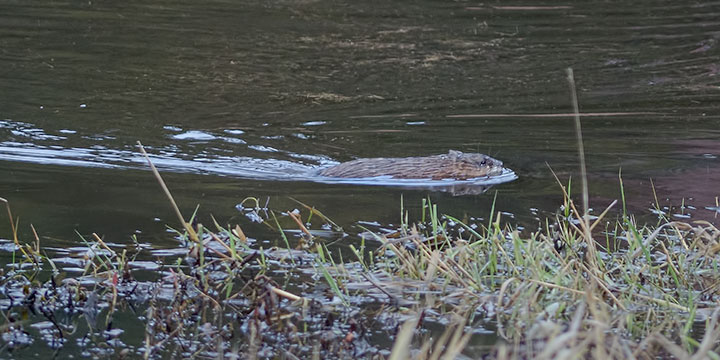 For me, the nicest sighting of the day was a group of seven herons—the only herons any team recorded. 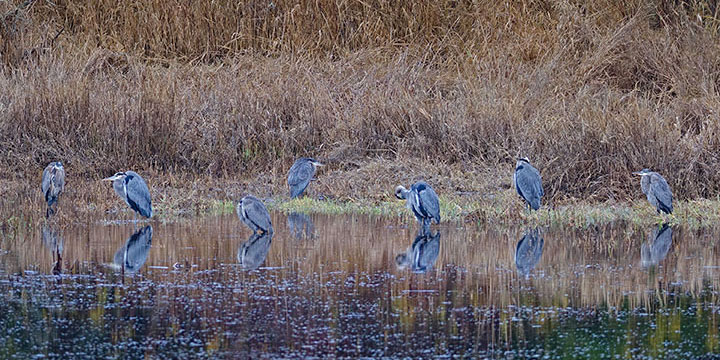