Before this morning, I had not seen Harlequin Ducks on Kokanee Creek. The only local venue had been the Salmo River, where one could see them from the road joining the West and South Arms of Kootenay Lake.

I would have missed them on Kokanee Creek this morning if it hadn’t been for Joanne Siderius who alerted me and posted the first pictures to her blog. The last observation I know of these ducks in the Park was seventeen years ago.

Duck royalty has arrived in Kokanee Park in the form of a pair of Harlequin Ducks—aptly named, Histrionicus histrionicus—apparently a name chosen to reflect their courtship display. 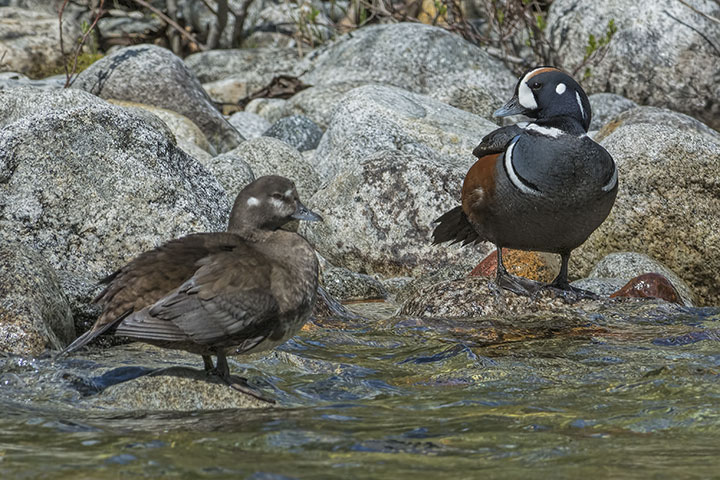 As is usual with water fowl, the male’s plumage is spectacular, 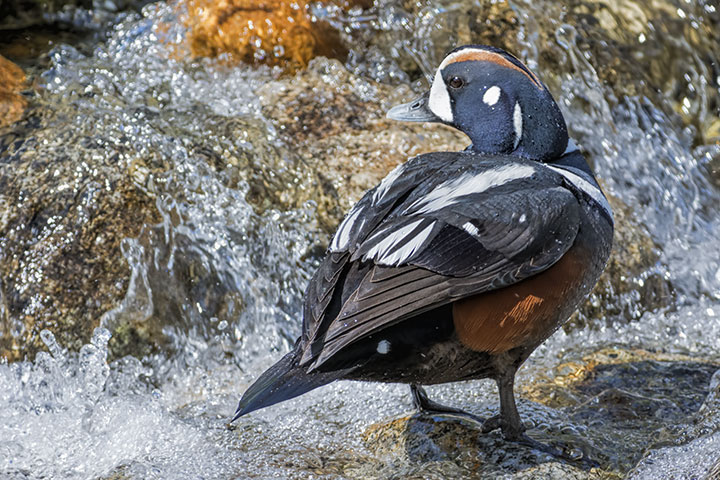 while the female’s plumage is muted. 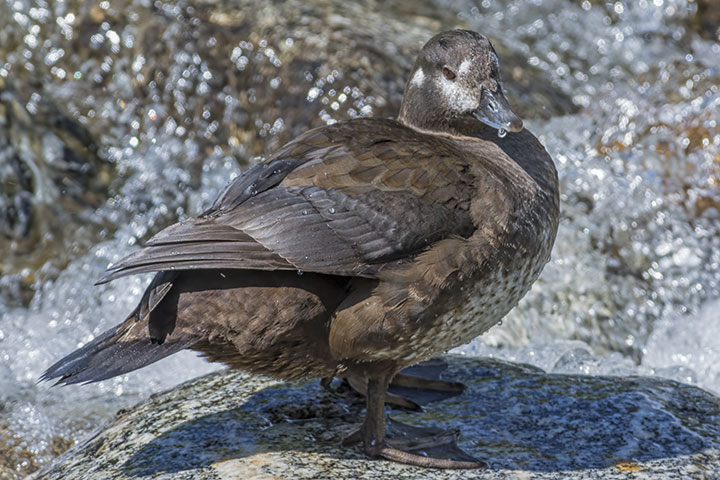 This is likely a mating pair, but since this bird nests on the ground, and the trail alongside the creek is well travelled by dogs, I fear for the safety of what may be the first-ever Harlequin chicks in the Park. 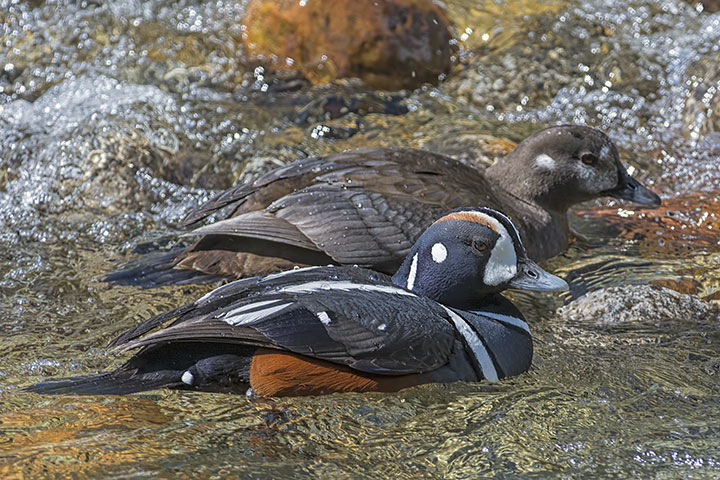 In the meantime, it is clear that the local dippers have a new competitor for the creek’s resources. 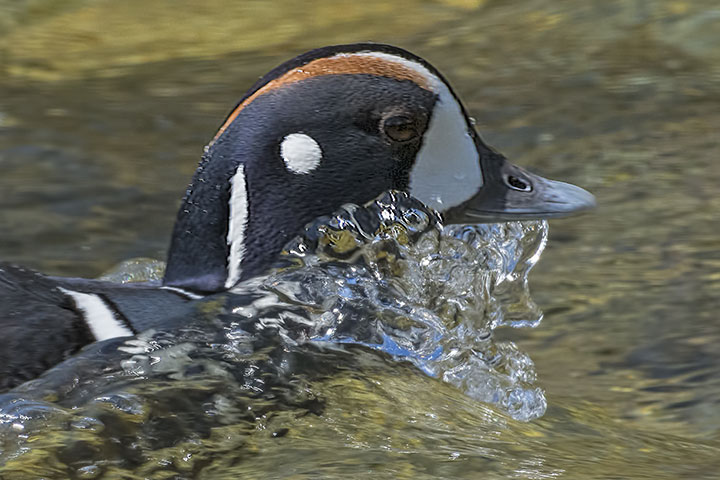