The Common Yellowthroat is a warm-season warbler that is found in our patchy fields and wetlands. It feeds and breeds locally.

I encountered a canoodling couple in some wetlands. Each hung around the other bearing a grub to offer a potential mate. Yellowthroat protocol requires that the male follows the female until she flutters her wings as a signal that she’s ready to mate. Yet, while each bird paid close attention to the other, she never gave the signal.

Each Common Yellowthroat (female on wire, male flying up) brings a grub to offer the other. 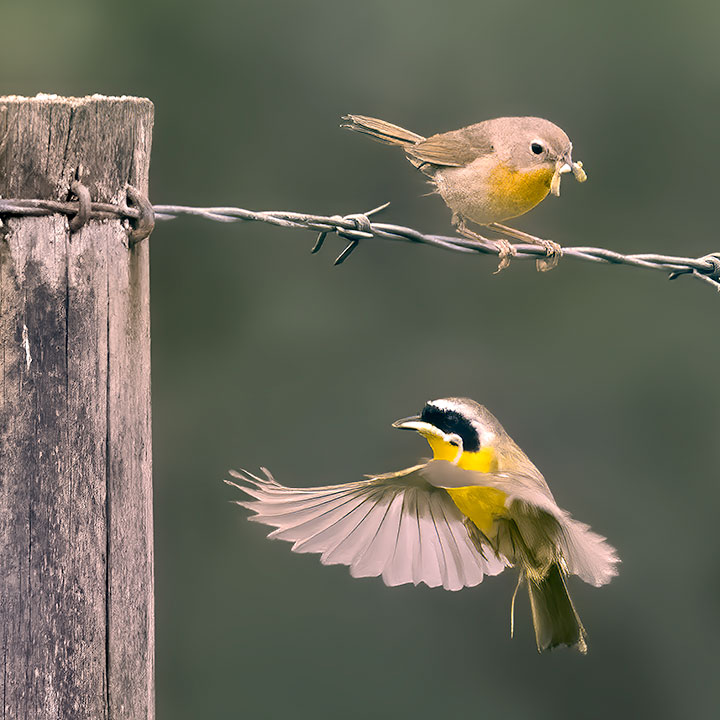 The two of them seem to compare their grub offerings, but to no effect. 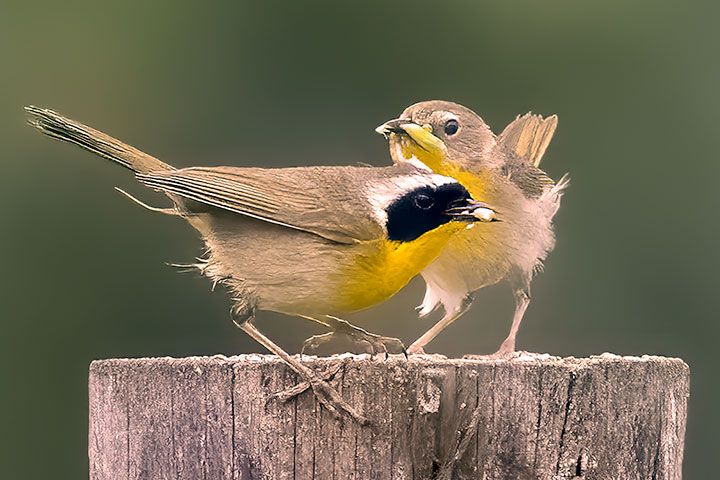 They got together at various places along the wires of a fence. 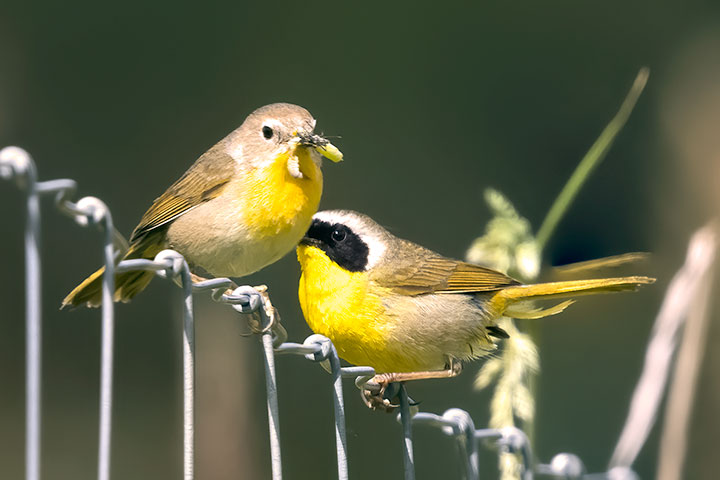 But, she ultimately took her grubs and went off on her own. 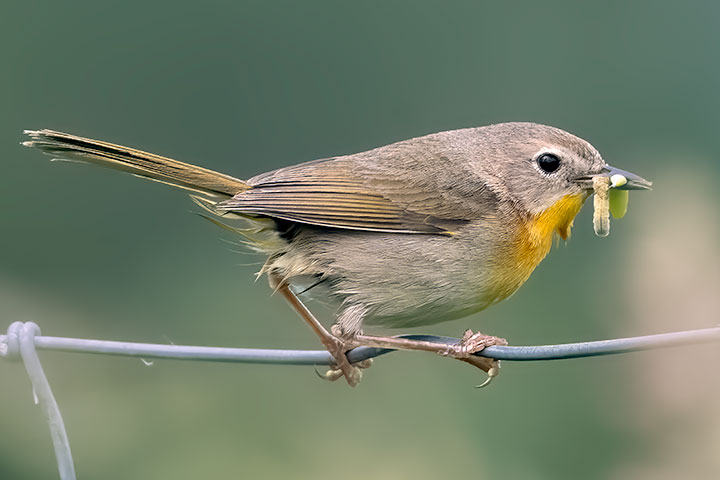 And he abandoned the quest — for now. 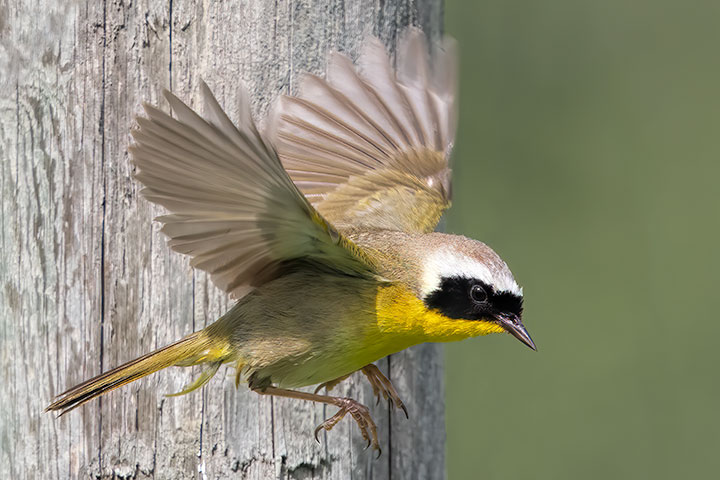