Sometimes it takes a decade to solve a mystery.

Today, I was walking in Kokanee Park and saw a bird that didn’t quite fit my repertoire. Certainly, it was a gull, but which one? When the image was on the computer, it turned out to be an Iceland Gull, and one in its first winter of life.

Now, the name, Iceland Gull, is a tad deceptive. While some of them do visit Iceland, they only do so in the winter. A Canadian population breeds in the Arctic Archipelago and some of them winter along the West Coast. A vanishingly small number of these birds pass through our region in October and November when going between sites. Here was one at the mouth of Kokanee Creek, in late October.

An Iceland Gull in its first winter stops by Kokanee Creek Park in late October. 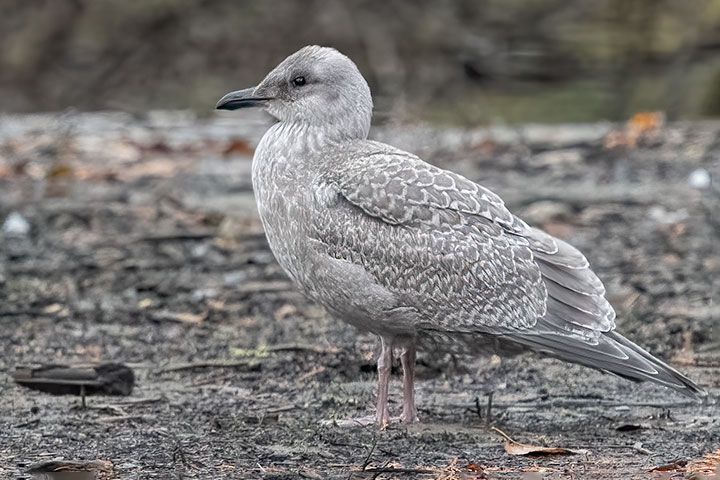 But how did this solve a decade-old mystery? The clue comes from reading the literature on the Iceland Gull. I learned that it has an unusual behaviour. Unlike other gulls, it: “Picks food off [the] surface of water, often without landing, and swallows prey while flying.” I have seen a gull do this — but only once, and that was ten years ago. While flying, it grabbed a fish and then swallowed it while still on the wing.

But, was it an Iceland Gull that performed this singular feat?  The migration time fitted. The picture, below, was taken 2011/10/20, only four days off being ten years to the day from my present observation. Further, the pattern of wing plumage is virtually identical to a picture of a nonbreeding adult Iceland Gull shown on All About Birds. Further, two seconds after this picture was taken, the gull, still on the wing, had swallowed the fish.

My suspicion is that the unusual decade-old behaviour of catching and swallowing a fish was because the bird was an Iceland Gull. Now, because this gull’s fishing behaviour is mentioned on a few websites, I suspected that there must be quite a number of pictures online showing an Iceland Gull flying with a fish sticking out of its bill.

I found none. I cannot imagine that my decade-old shot is unique, but here it is.

An Iceland Gull scarfs a just-grabbed fish during flight. It was seen only about 100 m from where today’s Iceland Gull was seen near the mouth of Kokanee Creek. 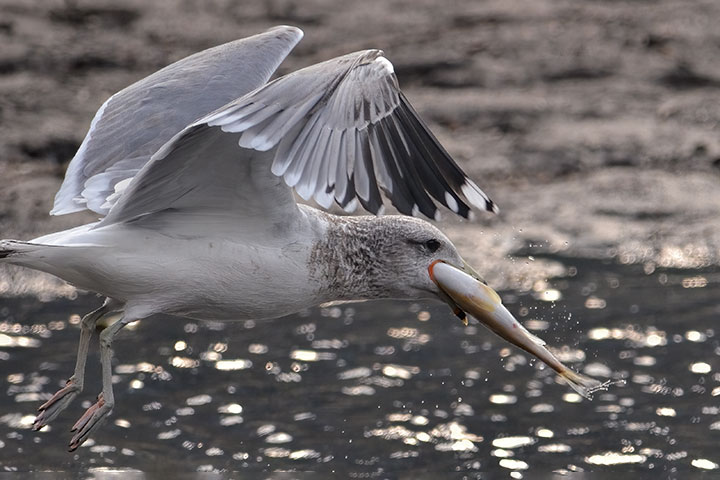