We have many ground-feeding birds and many migrants, but some are rather uncommon. I encountered two of them yesterday: a Horned Lark and a Lapland Longspur.

Mind you, I strikingly misinterpreted them initially. As the longspur often kept rather close company with the lark I suspected that each was a mated pair of only one species. Alas no, two different species. Indeed, there are mentions of this behaviour on some bird sites and even some pictures on blogs showing them together, sometimes accompanied by Snow Buntings.

As each bird is uncommon around the Lake, the sight of the two of them together, can be viewed as — well, rather small.

In a flock of perhaps a dozen birds, a striking feature was that they often appeared in pairs. Here the Horned Lark is at the back, and the Lapland Longspur is in front. 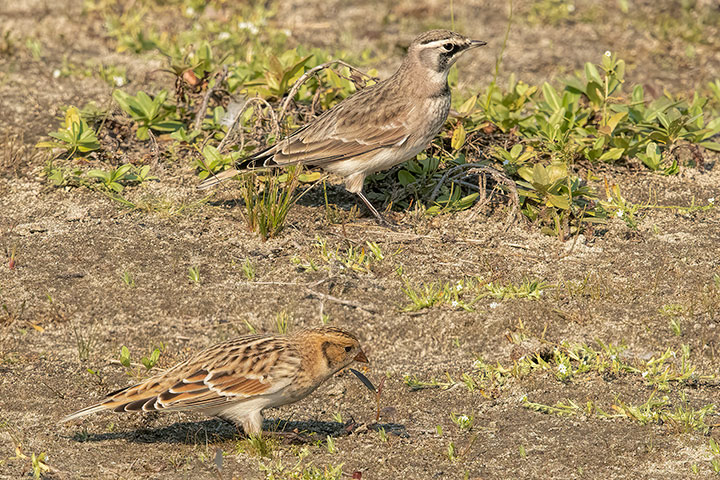 Another pair has been feeding together on the ground, when the longspur flew off. 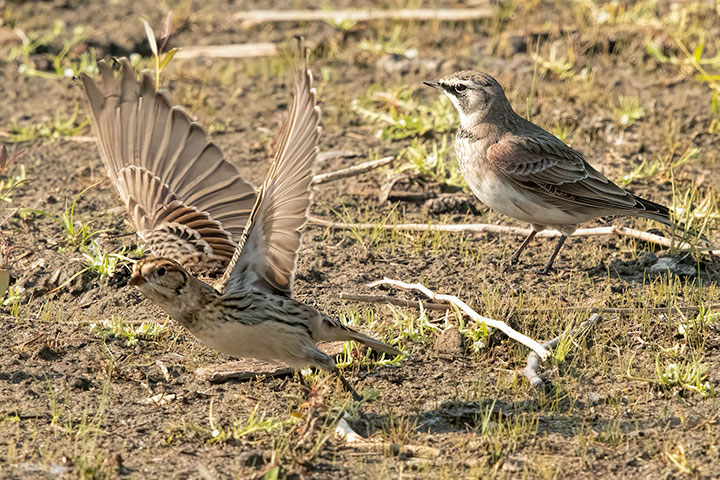