During the solar eclipse of August 21, 2017, telescopes looked up; I looked down.

Well, fair’s fair, I looked up also, but I concentrated on the ground. Let me explain.

I leave it to the folks with good equipment in the path of totality to take the inspiring images of the corona. However, my title, Sun pictures, does not refer to such pictures of the Sun, itself, but to pictures made by the Sun.

The first hint I had that the Sun could paint pictures on the ground came from a book I read as a student. M. Minnaert’s book, Light and Colour in the Open Air, told of the way the gaps between tree leaves behave as pinhole cameras and projected images of the Sun on the ground. Normally when projected on a horizontal surface, these images would be elliptical. However, during a partial solar eclipse, they match the appearance of the Sun and become crescents.

I first saw these crescent Sun pictures during the solar eclipse of 1970. I wanted to see them again.

Sunlight passing though the gaps between tree leaves normally project elliptical Sun pictures on the ground. The lawn provides an uneven screen. 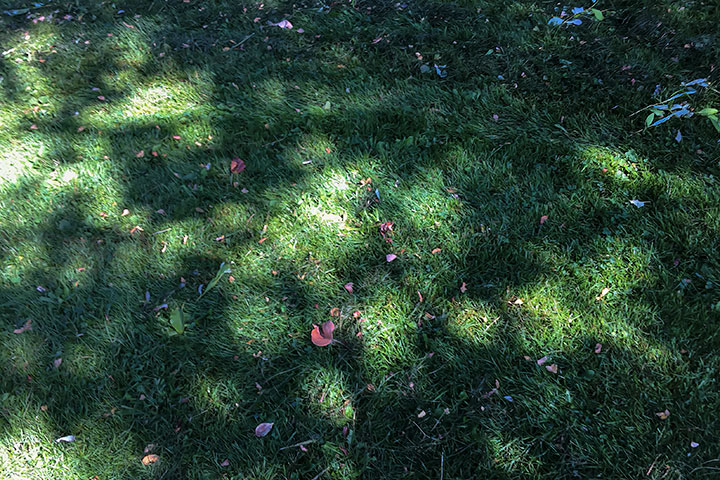 This is a shot of the Sun just as the partial eclipse was ending (the Moon still takes a tiny bite out of the Sun at seven o’clock), but the Sun is essentially circular and would produce elliptical images on a horizontal surface. The picture shows both sunspots and limb darkening. 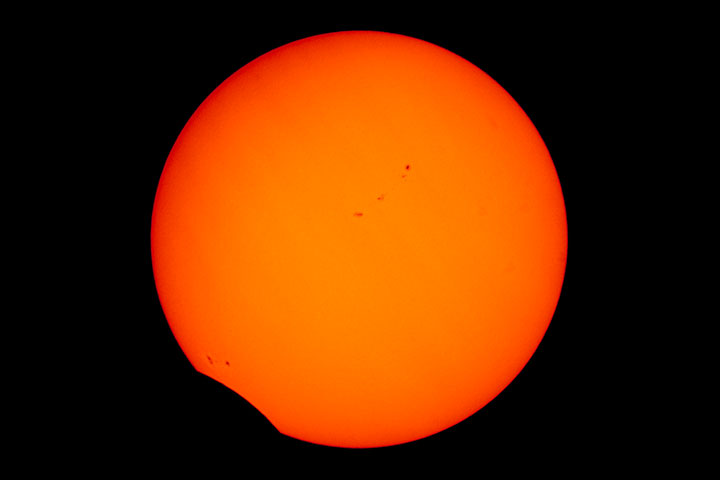 Here is the Sun at about the greatest extent of the eclipse at my location. 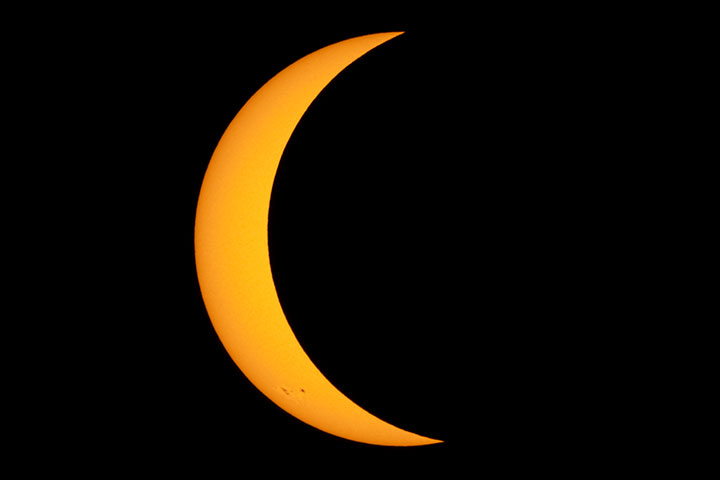 Sun pictures are projected through the gaps between tree leaves during a partial solar eclipse. A less cluttered image was obtained by placing a kitchen mat on the grass. 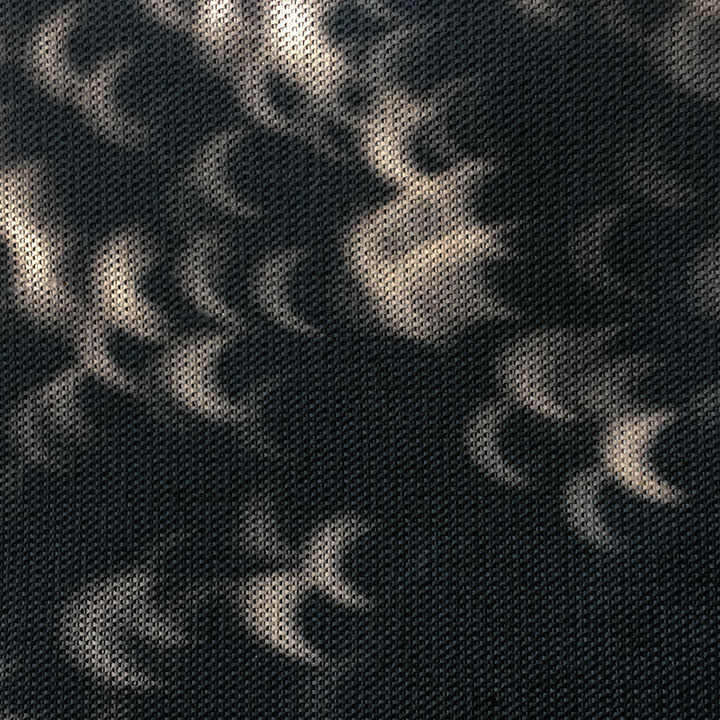