This is the time of year to see rafts of loons on Kootenay Lake.

Often, the loon is a solitary bird, accompanied at most by a mate and chicks. But prior to migration, numerous loons gather in social groups.

The sequence is roughly as follows: loons winter at the Coast; they fly to the Lake in early May where they fight rivals and meet with mates; they fly to smaller lakes high in the mountains to breed and raise chicks; they gather again on Kootenay Lake; they fly back to the Coast to winter.

A raft of seven Common Loons meets on Kootenay Lake prior to their migration to the Coast. The five on the right are still in their breeding plumage, while the two on the left have transitioned into non-breeding plumage. 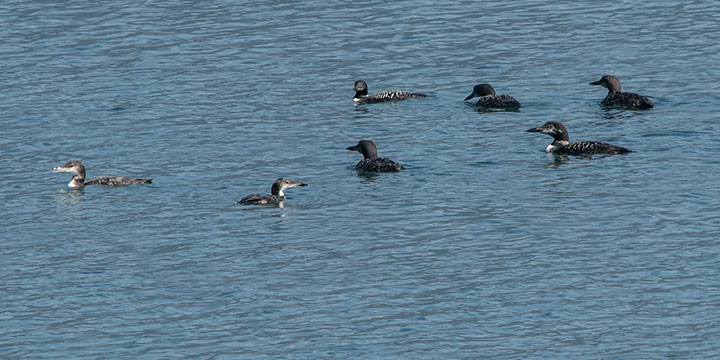