At sunrise this morning, four eagles (three adults, one juvenile) harassed one another over a catch. Consequently, none of them made the kill and the prize escaped.

It all started when one adult flew low over what was probably a duck. The eagle’s legs were lowered and its claws were extended in preparation for a dive onto the prize when another adult, wanting it for itself, interfered. Then a third adult and juvenile joined the harassment.

OK, Bald Eagles don’t flock, but this sort of behaviour — if I cannot have it, no one can — proved rather unproductive. However, the duck probably thought that it all worked out rather well.

This is one of the adult eagles flying back and forth preventing others from making a kill. 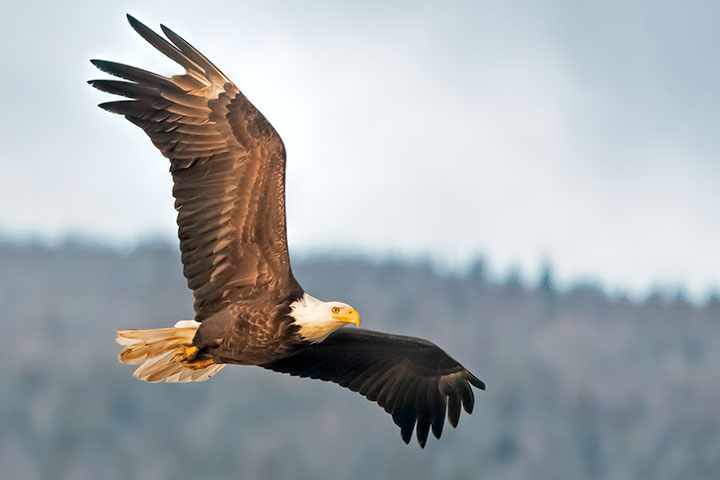 And here is the juvenile also contesting the prize. 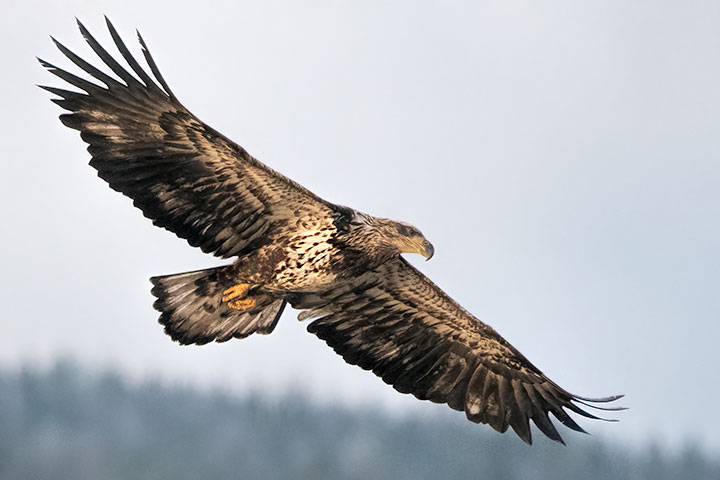