One does not often see wild mammals during the winter — that is, leaving aside the two staples: red squirrels and white-tailed deer. Each of these were photographed during the recent week in my yard.

A red squirrel visits my home. 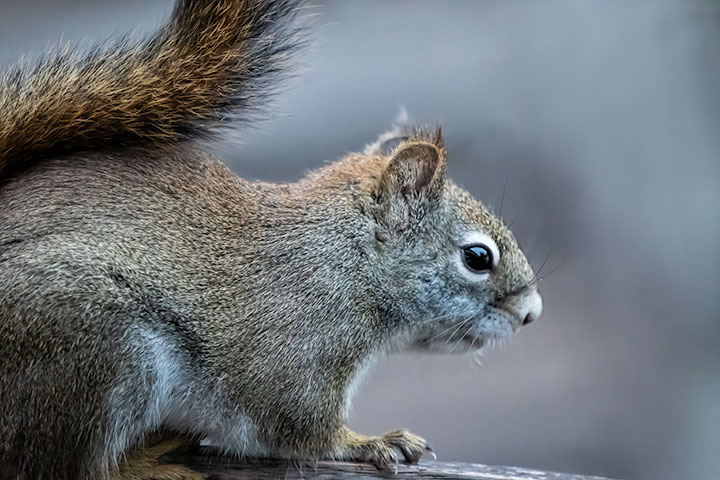 A fawn and doe look up while resting in my yard. Their eyesight is not particularly good, so by my remaining motionless, they were not really sure that I was there. 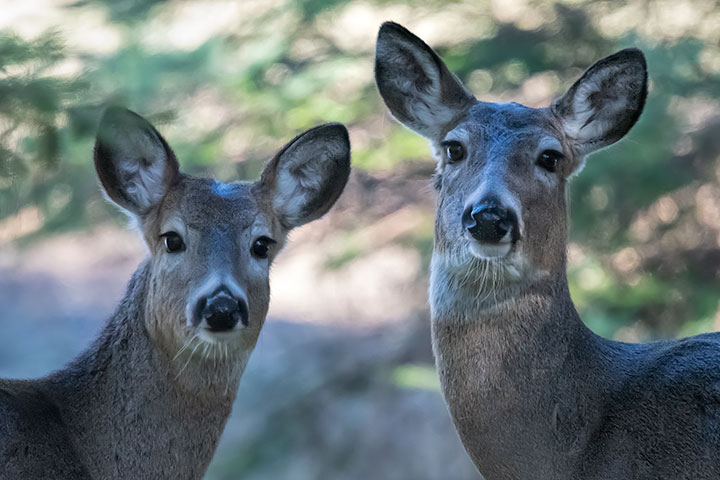 Marmots hibernate though the winter months. Previously, my first observations of yellow-bellied marmots have often been in mid March, and sometimes in late February. The first observation this year, however, took place early in April. 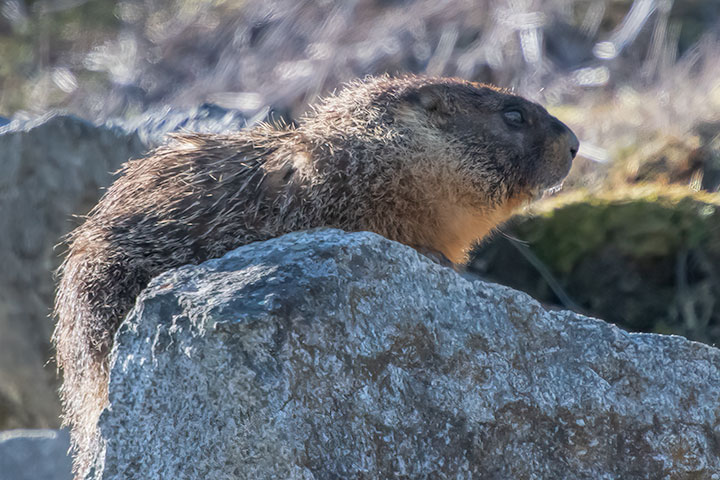