It is not a regular sight to see two Pileated Woodpeckers jointly foraging on the same tree. On the two previous occasions the foragers were a male and female. As the Pileated Woodpecker is both monogamous and territorial, a foraging couple makes sense.

So yesterday, when I came upon two woodpeckers foraging on a utility pole, I just assumed that these two were also a male and female. Yet, the pictures revealed them to both be male.

The territoriality of Pileated Woodpeckers suggests that these two males are either rivals or family. The two of them seemed to work together and passed signals back and forth, so they probably are not rivals. But, is it a case of a father training a son?

Cornell Lab of Ornithology notes: “Once fledgling Pileated Woodpeckers can fly well, they follow adults everywhere, depending on their parents for several months to provide and help find food. Come fall, young will separate from their parents and wander until spring, when they will attempt to acquire a mate and nest.” So, this pair is likely to be a parent and child and the pictures, below, are interpreted in the light of this assumed relationship.

Adults have yellowish eyes, while the chicks have brownish eyes. While the difference is not striking with these two, the father seems to be on the left and the chick on the right. 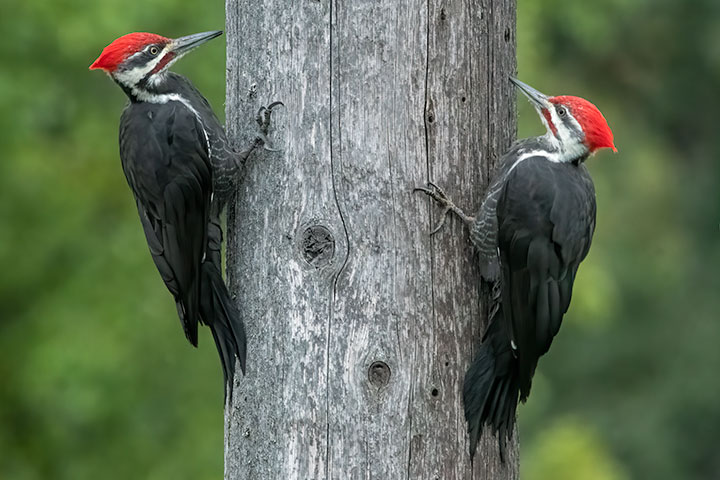 Signals are sent back and forth. Here, daddy tips his head back and emits a strange sort of cooing call, to which junior responds with spread wings. 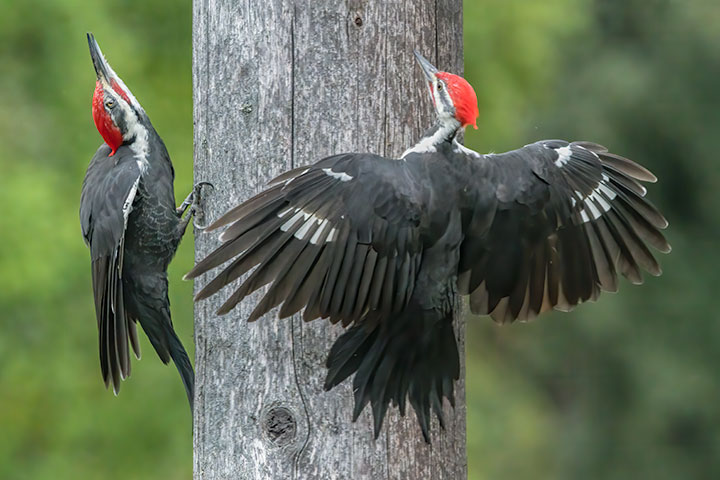 It is unclear what message is being communicated here. 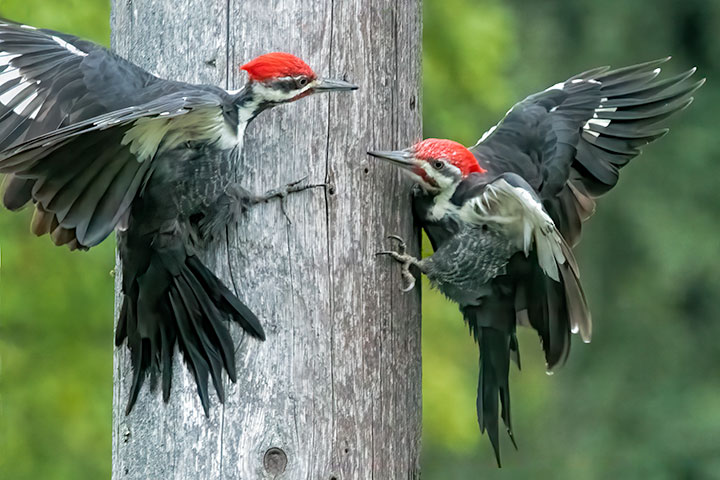 However, the training seems to be successful as the chick does find some grubs. 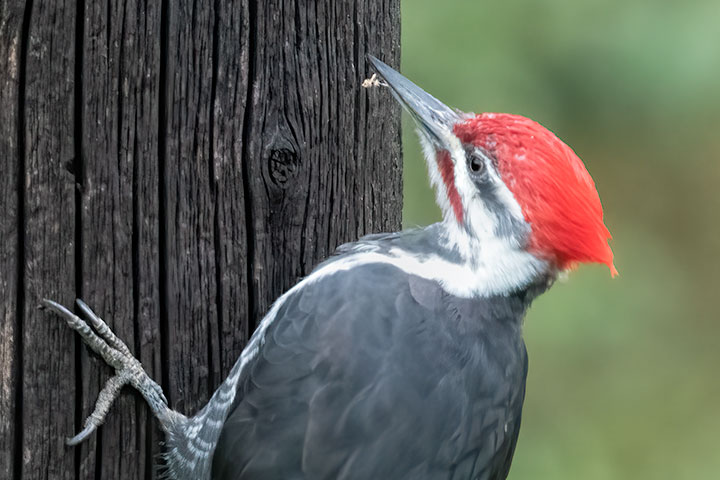 4 Responses to Pileated in training