Magpies do not favour this region because it is highly forested. These birds prefer open habitats with occasional clumps of trees. Consequently, there are few opportunities to capture pictures of magpie iridescence.

The pigmentation of a magpie’s feathers produces a plumage that is strictly black or white. Yet in some lightings, the black feathers on the wings and tail produce brilliant colours, particularly blues and greens. These colours do not result from pigmentation, but iridescence.

Cells in the iridescent feathers contain a basal melanin layer, which produces the black by absorption. Above are stacked reflecting platelets, which produce the iridescent colours when light reflected from one layer interferes with that from another. The resulting colours are bright, pure and strongly directional. A bird can use this for flashing a signal in one direction, while remaining inconspicuous to a predator in another direction.

Of the handful of pictures of the Black-billed Magpie I have taken, only a few of them show the blue-green iridescence of the wings. In this picture, taken two days ago, the tail just looks black. 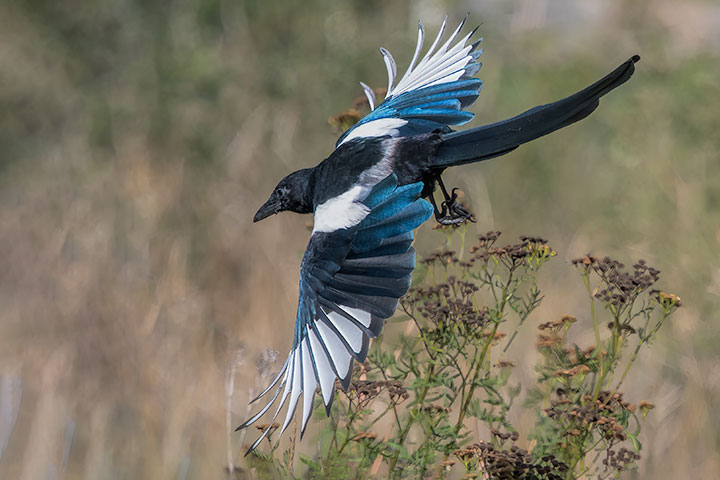 However, contrast that black tail with the brightly iridescent tail of the same bird seen a half-minute later. Who knows what signal it is attempting to send? 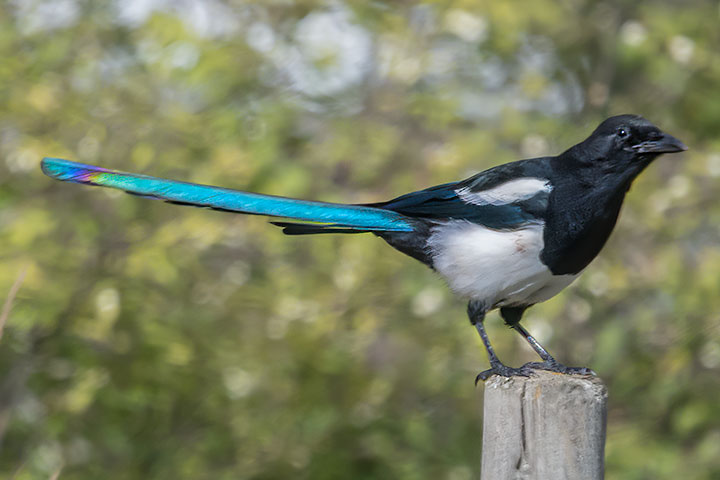