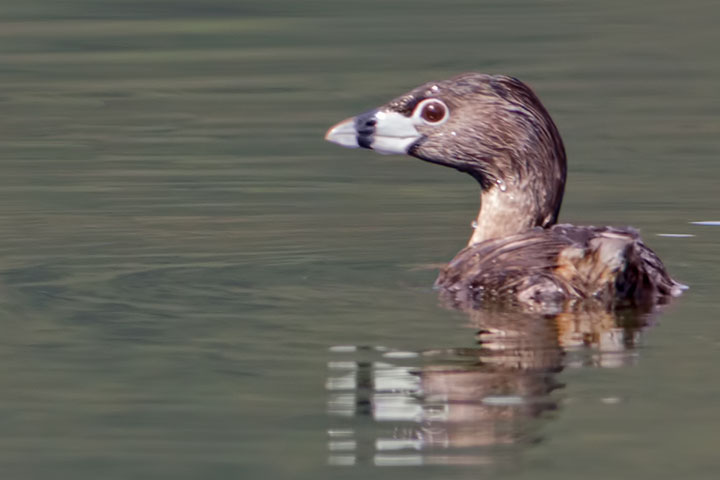 The Pied-billed Grebe gains its name from the dark band around its bill, seen only during the breeding season (2012/04/21).

Our four regular grebes all dive underwater to forage. The smallest of these is the Pied-billed Grebe. It mostly eats small fish and crustaceans, such as crayfish, which it captures and crushes with its stout bill and strong jaws before swallowing them.

After it surfaces with a prize, one has to be fast to see what has been caught, for the prey is swallowed in a trice. 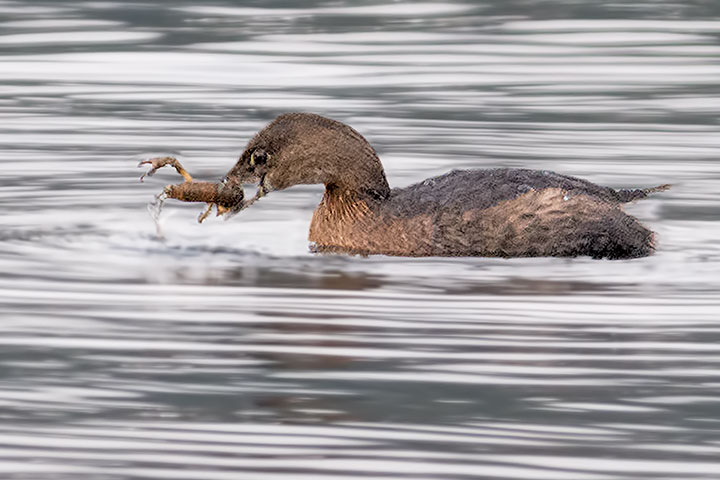 Yesterday’s Pied-billed Grebe took only five seconds to down a small fish after surfacing. 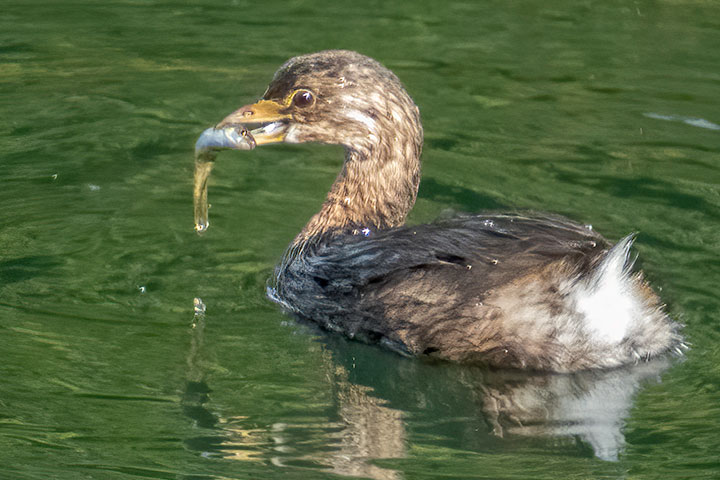