I saw three shrikes yesterday, but it was shrike #3 that puzzled me.

The Northern Shrike is a raptor-like songbird that is around here in the cold season. However, it is not particularly common, so I was unfamiliar with last bird seen.

The first shrike, seen in the morning, was perched on a power wire. 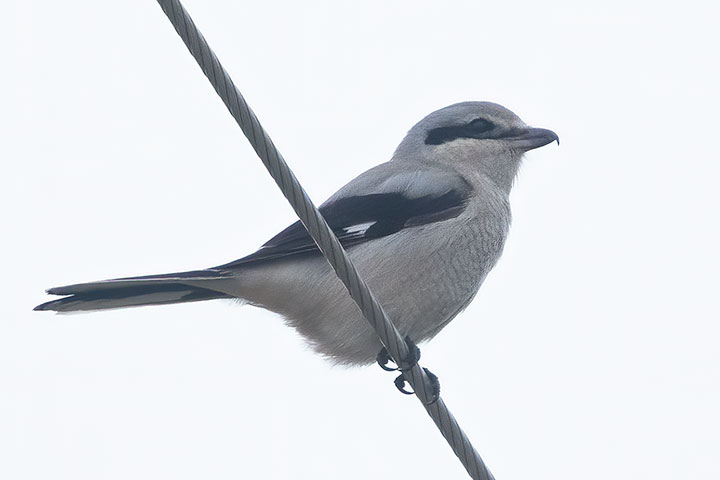 The second shrike, seen at noon, was in a tree. 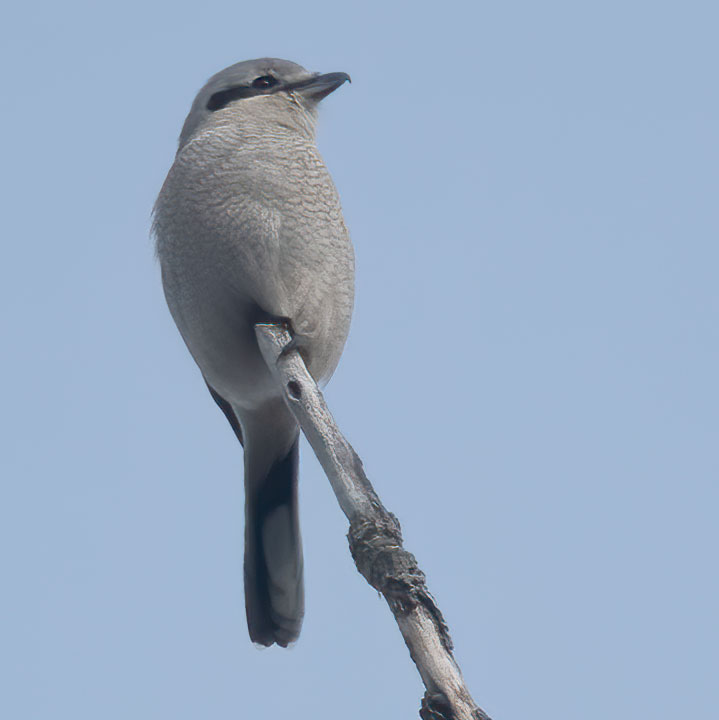 However, in mid-afternoon, a brownish bird was spotted. It had the strike’s hooked bill, but it lacked a prominent black mask. It turns out to be an immature Northern Shrike. 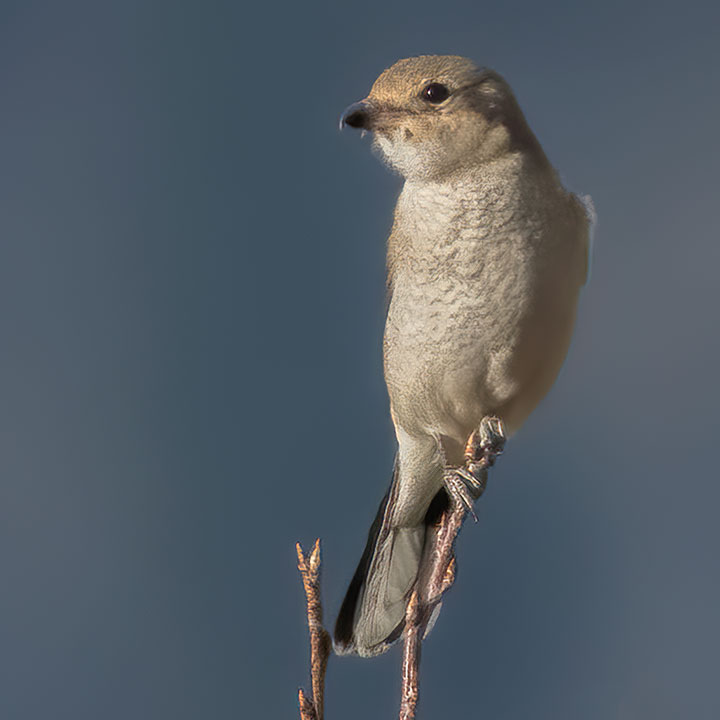