I have occasionally attended a turkey roast, but this was the first time I had seen a turkey roost.

Wild turkeys are not native to this region (when I was a child, there were none to be seen). However, hunting lobbies persuaded Washington State (to our immediate south) to introduce them in the 1960s, and an aggressive introduction program began in the mid-1980s. From there, turkeys spread, first into Idaho, and then into BC.

While local hunters are allowed to bag them, most people view Wild Turkeys as a curiosity, and maybe a nuisance when they block highways and forage on lawns.

Wild Turkeys do not feed at night, but roost in trees as a protection from predators. It might therefore seem that it would be common to see the turkeys roosting. Alas, they seem to arise earlier in the morning than I do, and I hadn’t seen one in a tree until this morning.

Seen first were many Wild Turkeys along the highway. 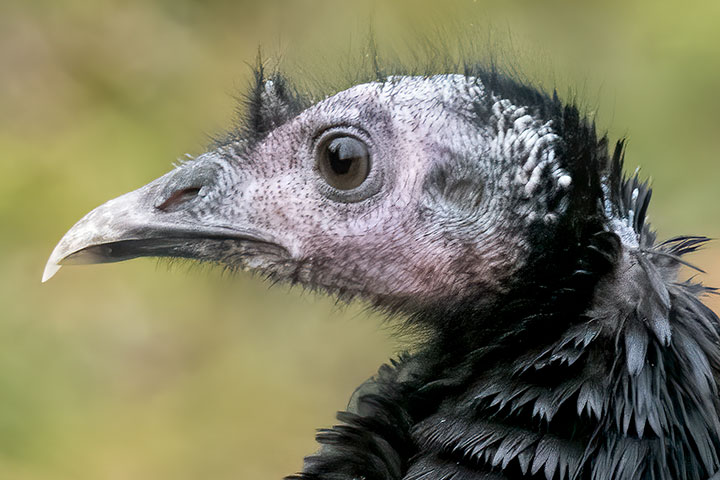 However, one holdout was seen still roosting in a tree. 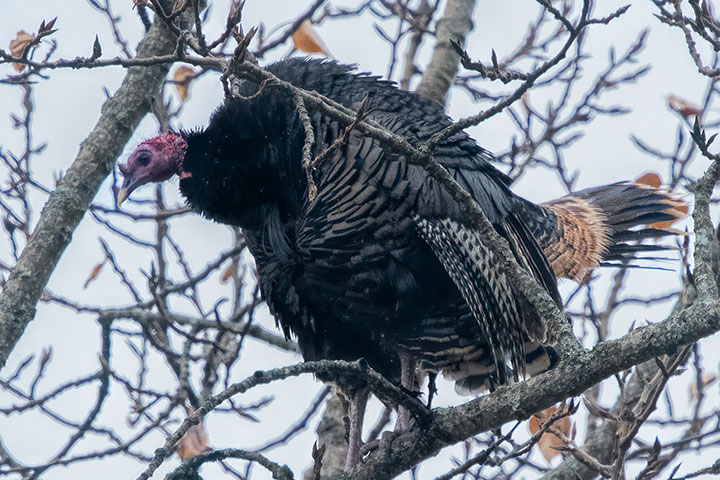