At first, I couldn’t spot the blackbirds in the brush, but their distinctive bubbly song told me that they had to be there. When seen, they tried to stay hidden deep in the bushes, but I finally managed a shot of one flying from one perch to another.

Wintering in the south, Red-winged Blackbirds spread into this area in March, with a handful turning up in the latter half of February. Certainly, a sighting of them here in early February is unusual.

This is one of two Red-winged Blackbirds that arrived at Duck Bay on the Nelson waterfront by the unusually early date of February 8th. It is flying to a new perch in the bushes. 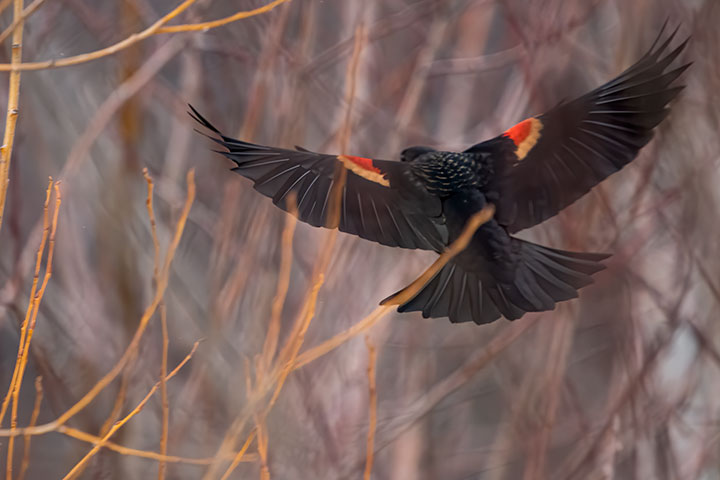