There was a time when local sport fishermen demonized the osprey: How dare that bird prey on (what was fantasized as) their fish? Clearly, we need to kill the osprey. Locally burned pilings still stand as a mute testimony to torched osprey nests atop them. Sigh…, yahoos are timeless.

Leaving aside the fact that ospreys have fed on local fish for millennia prior to the arrival of the upstart fishermen, there is the secondary question of whether those fishermen correctly assessed the situation. Were the osprey actually depleting the favourite fish of the sport fishermen?

Here is the situation: humans prefer to catch and eat salmonid species: salmon, trout, chars, freshwater whitefish, graylings. Ospreys prefer to catch and eat fish that are particularly slow moving and thus easy to catch: suckers. Suckers are fish that are spurned by humans (too bony). So, the yahoos burned osprey nests on a nonsensical claim of prior rights, but based it on a flawed assessment of the (imagined) harm they inflicted.

An osprey lifts a sucker from the Lake. Osprey take other species, but suckers are a favourite. 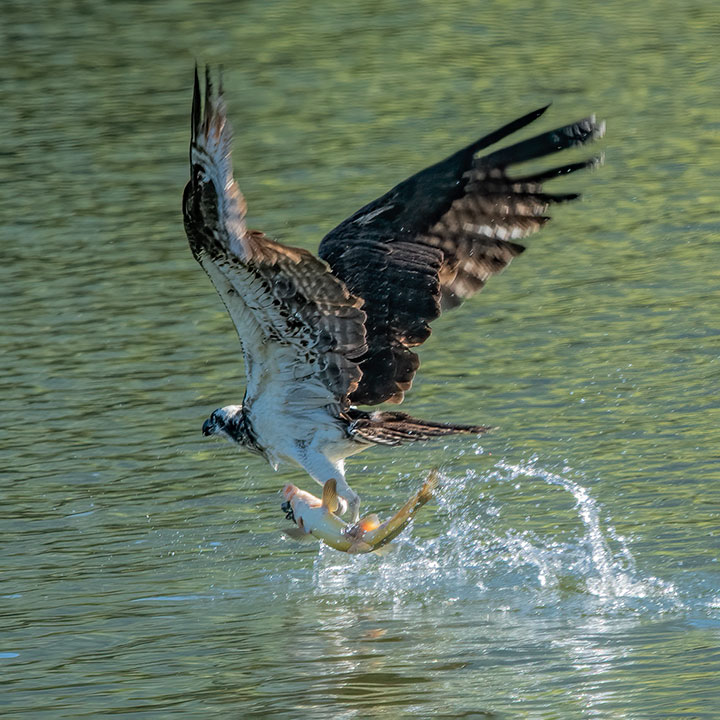 Yet, ospreys have their own peculiarities when it comes to protecting their fish. This osprey is returning to its nest with a headless fish. OK, it ate the (tasty) head earlier, probably before even bringing the fish to the nest. But then, in response to a perceived threat, it took its fish and flew off (it now returns). The reason the fish was removed is that it cannot be protected if left in the nest. Alas, an eagle is likely to steal it. It does not matter that the perceived threat was actually a passing human, the headless fish was protected by being removed. 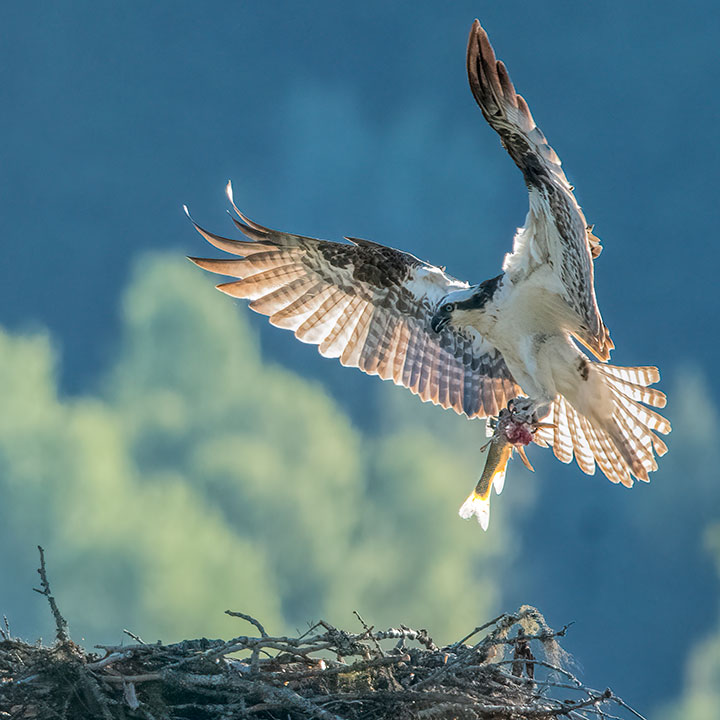 2 Responses to Osprey and fish