The chickadee is cute, abundant, and a pleasant visitor at home feeders. Of course, what is being discussed is the ubiquitous Black-capped Chickadee. However, we also have three other species of chickadee. In the order of most to least commonly seen, the four chickadees are: black-capped, chestnut-backed, mountain, and boreal.

While this posting records my first observations of the Mountain Chickadee, I will start by showing what I have seen earlier: the two more common chickadees. I have yet to spot the Boreal Chickadee.

This is the rather common Black-capped Chickadee, seen here excavating a nest. It has a black cap that extends to the bottom of its eye, and a black bib. It is widespread across the continent. 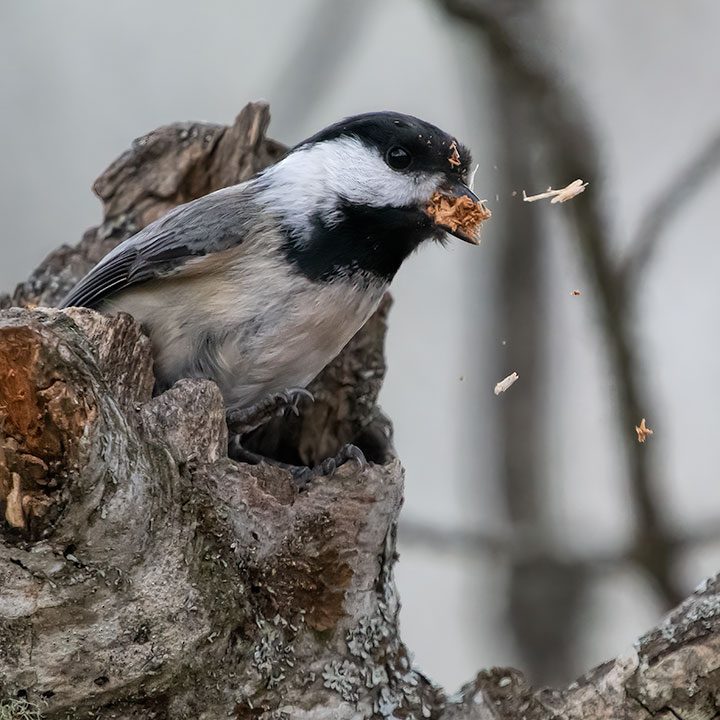 The somewhat less common Chestnut-backed Chickadee has both of those features, but also has chestnut-coloured feathers on its back and belly. It favours conifer forests and so is confined to the far west. 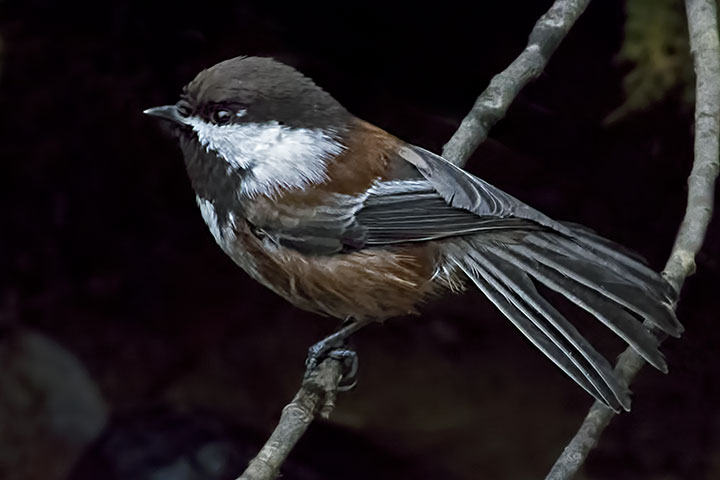 This is the best shot I managed during a rather brief encounter with some Mountain Chickadees. The white line above the eye is visible here, but not its black cap. This chickadee favours not only conifer forests, but those at a high altitude. So, when it sometimes descends to the valley bottoms in the winter, it still visits conifers for seeds. 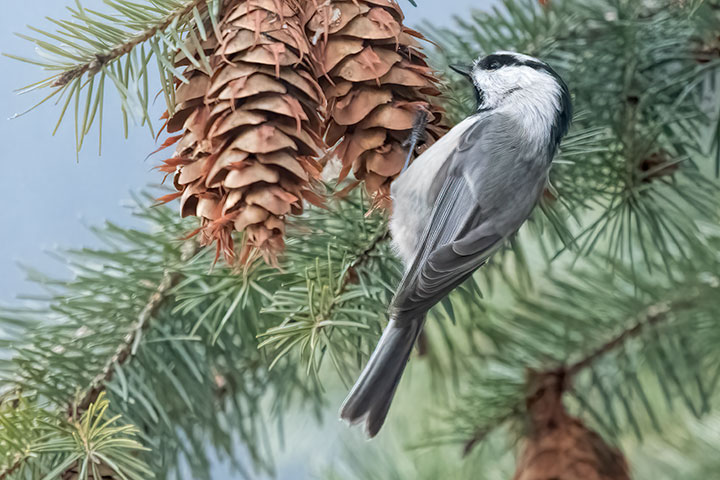 My daughter, Cynthia, managed a far better shot of one of the Mountain Chickadees. Not only is the white separation between the eye line and the cap clearly visible, but the bird is also extracting a winged seed from a (female) cone of a Douglas-fir tree. 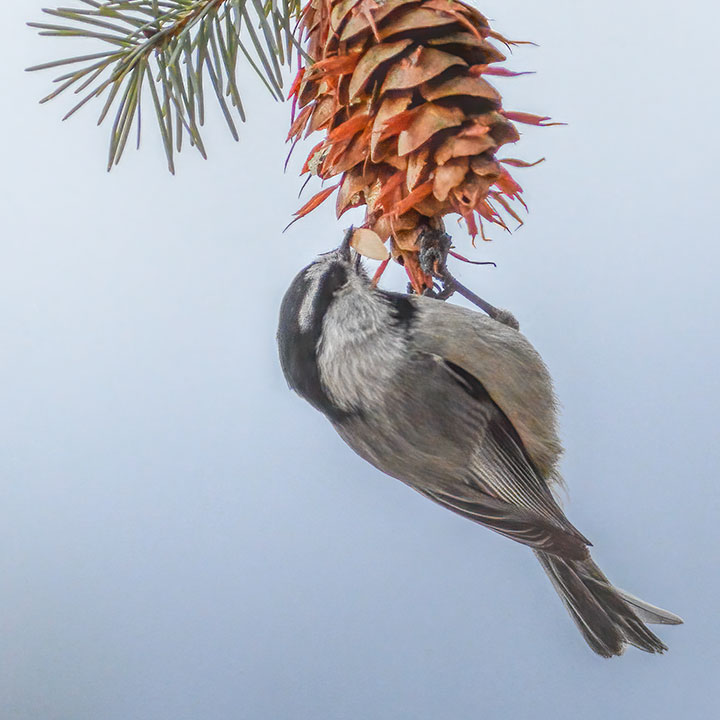 Cynthia also managed this grand shot of the Mountain Chickadee leaving with a seed in its bill. 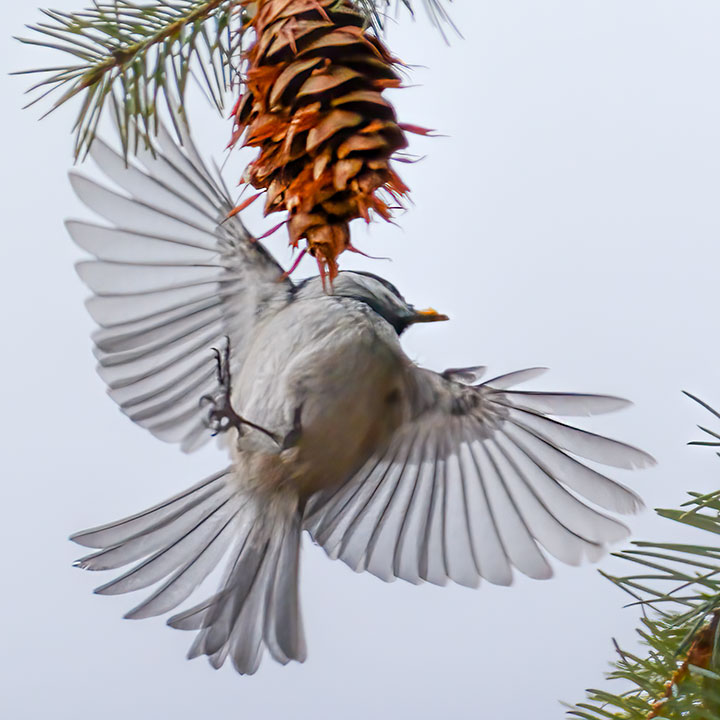 2 Responses to The third chickadee