Wild orchid season begins in May and, spanning a number of species, seems to run through July. Indeed, on May 1st there appeared the particularly early-season orchid, the Fairy Slipper. And it appeared in surprisingly great numbers (last year there had been few).

Dozens of the western variety of Fairy Slipper appeared on the hillside. 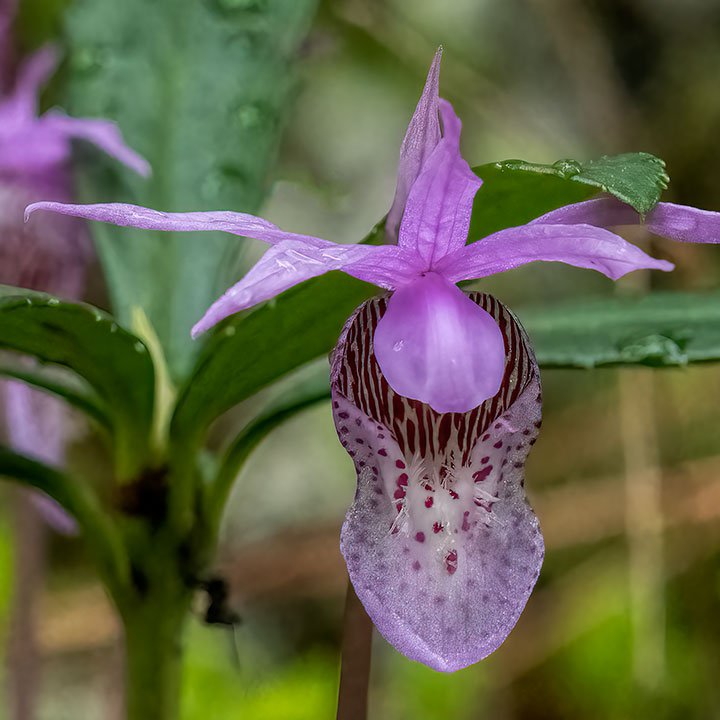 I found this small group of Fairy Slippers particularly appealing. 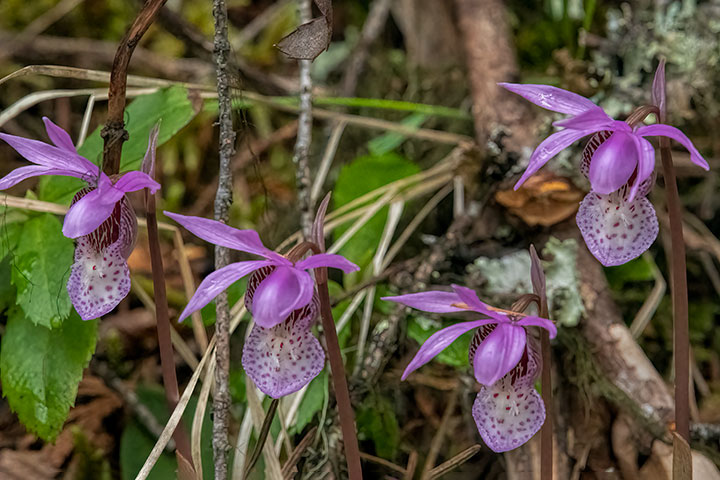