I am used to seeing coyotes, if I see them at all, as solitary predators. Occasionally, I have seen two hunting together. However, this weekend was the first time I had seen them in a pack. It was probably a family. There were four, possibly six of them. It was hard to tell as they were in the forest ducking behind brush and trees and they vanished quickly. My attempts at photography produced little other than frames showing out-of-focus legs and tails behind bushes. However, one member of the pack did stand still in the open long enough for a picture.

A coyote stands in the forest and looks around. 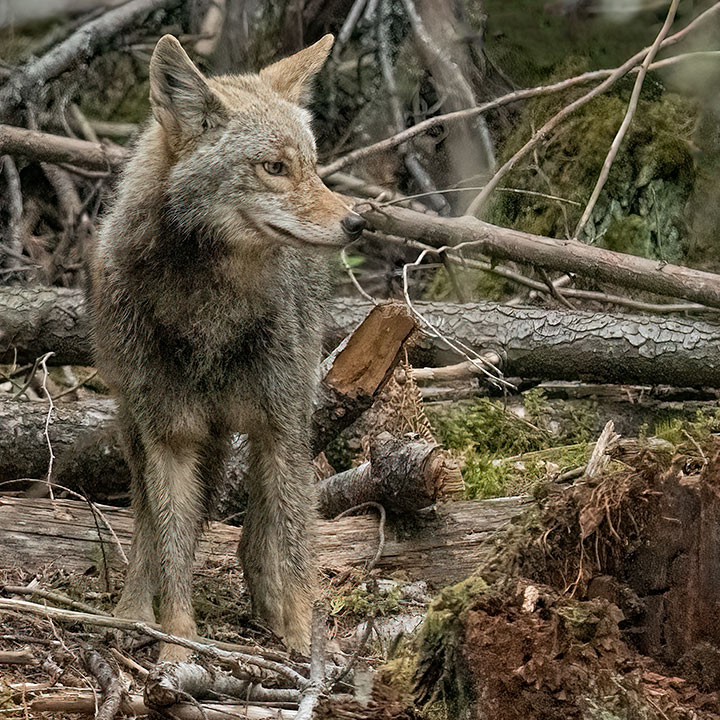 3 Responses to Coyotes in forest