I visited the eagle’s nest at Cherry Bay to see how its two chicks were doing.

The two chicks appeared to be out of their down and sporting dark brown juvenile plumage. 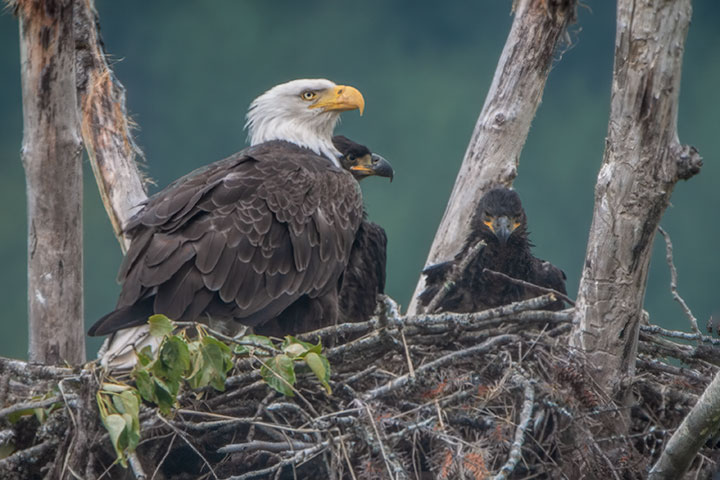 The story became much more interesting when one of the chicks spread its wings in a practice flight exercise — although its flight feathers have yet to grow. Some of the earlier down is evident on the chick’s lower body. However, the fascinating thing was a display of the white rhaches (the feather shafts) of the proto-flight feathers which extended from each wing. The rhaches grow first and then the barbs extend from them and fill in the feather. Although these feathers are growing quickly, flight is still a while off for these chicks. 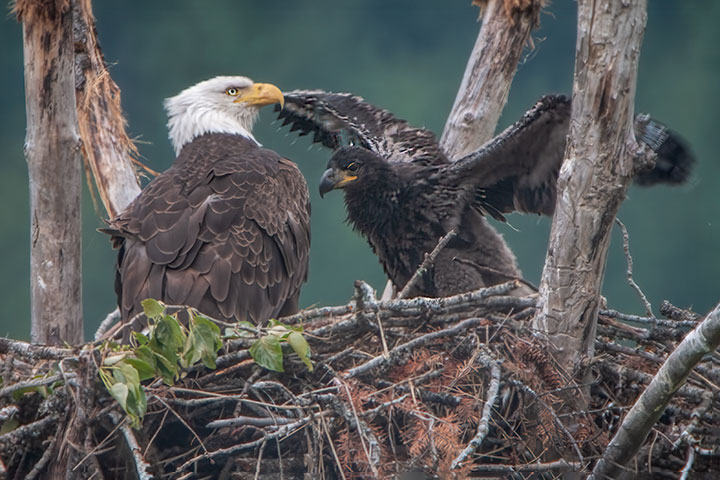