Since mid-May, I have been watching for the appearance of the mountain lady’s slipper. I had already posted images of two earlier local wild orchids: fairy slippers, and striped coralroots. But, the mountain lady’s slipper had yet to appear. Today we saw five of them along a trail in Kokanee Creek Park. Now, that was nice enough, but behind them in the woods was a freshly blooming spotted coralroot, something I had last seen a number of years ago.

One of five mountain lady’s slippers seen beside a trail. 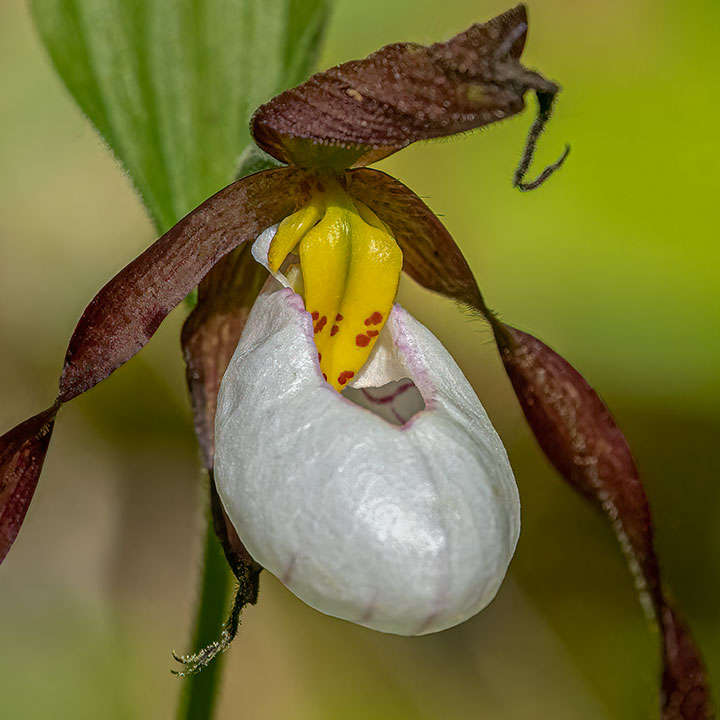 The flowers of the spotted coralroot grow as a raceme: multiple flowers sprouting from a single stalk. The flowers of a raceme start low on the stalk and gradually spread upwards. This one had just begun, so flowers did not yet cover the whole stalk. Maybe a more impressive image is yet to come. 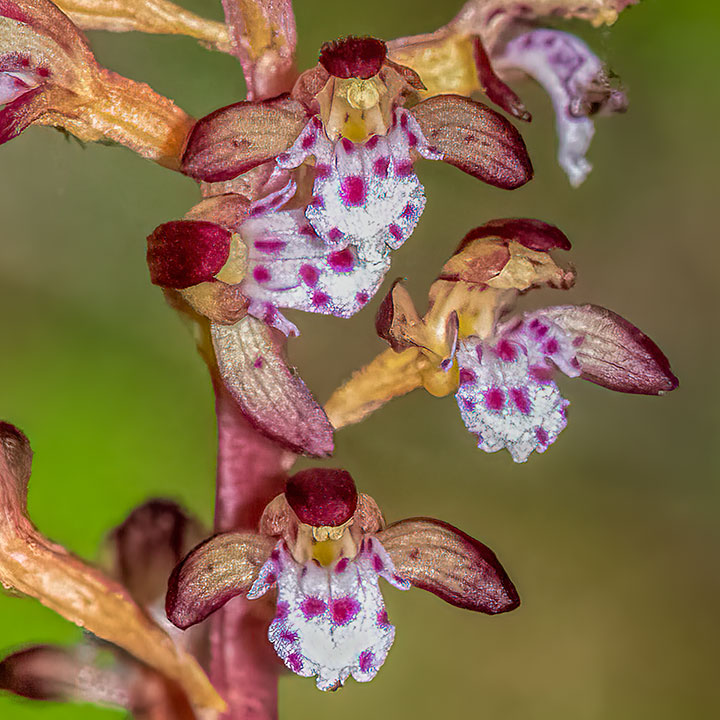