I am a hunter — but not the type who shoots to eat; I shoot to admire (and do so with a camera).

However, if you want to understand some aspects of animal behaviour, you might consider hanging out with those who do shoot to eat. They see and track a great deal.

Over a week ago, in the midst of the outrageous hot spell (mid to high 30s), I posted a picture of a Steller’s Jay supposedly complaining about the temperature. Karen Pidcock then asked: “How do you think the wild creatures are holding up in this heat?” I didn’t know.

An internet search revealed that those who shoot to eat believe that deer hide in the shade rather than move about when the temperature is high. Indeed, I saw none during that hot spell. Yet now, with temperatures in the mid 20s, I saw three deer, and a more secretive male was seen twice. So, it seems, the deer are moving again.

A male white-tailed deer looks at me over his shoulder. As his antler development seems a bit late for July, he is probably a (first year) spike deer. 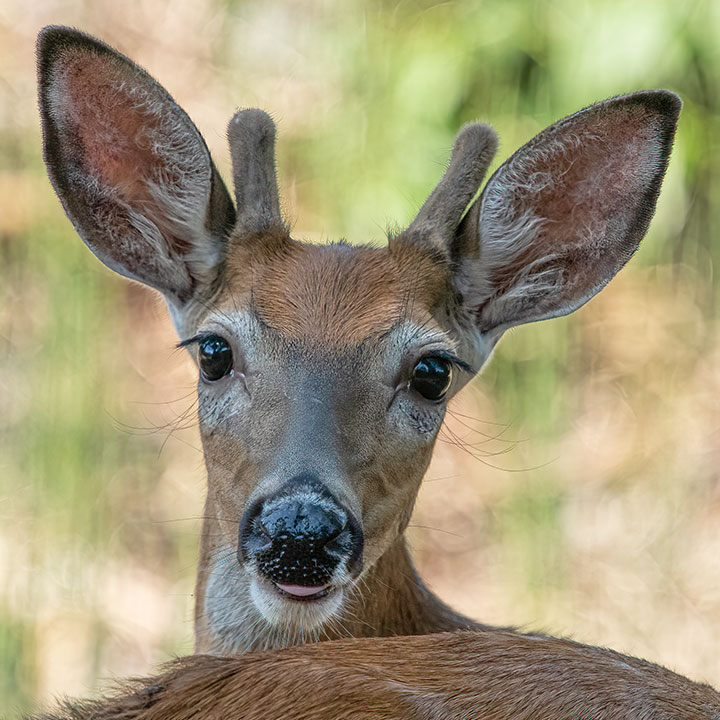