This is the first of two postings on the Mountain Bluebird. It concerns the birds in flight. The second concerns what they are eating.

If you enter the name, Mountain Bluebird in an image search, such as Google.com, and look at the images that result, almost all of them are of the bird perched. There are nearly none of them flying although these birds spend about half their time flying as they hunt for food and they spread their wings while flying.

So, my daughter, Cynthia, and I tried to get them flying and soon found ourselves waist deep in images. These are a few of them.

First is a picture of them perched to show the difference between the male (left) and female (right).  The male is blue with a little bit of white on the belly, while the female is better camouflaged, but does show some blue during flight. 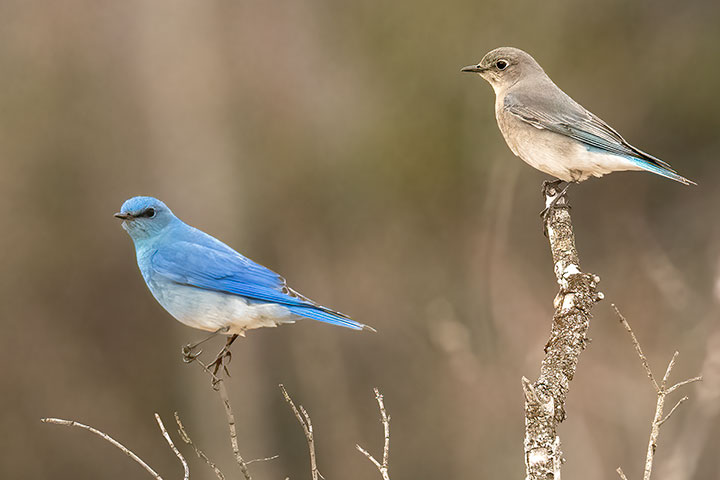 The female in flight does reveal some blue. 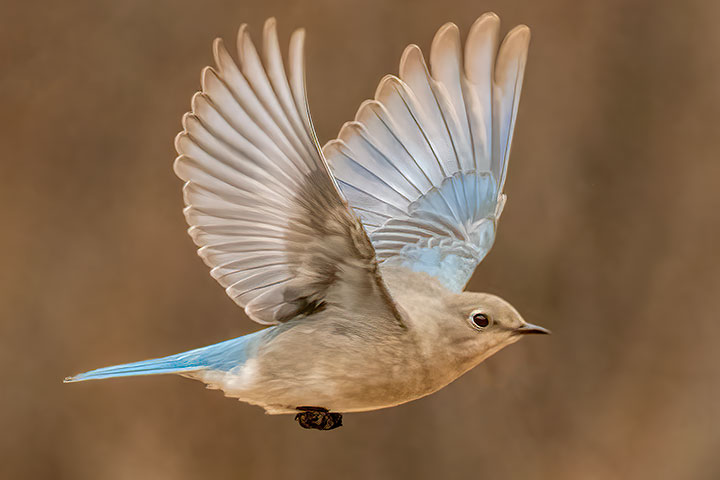 Also the female in flight. Photo by Cynthia Fraser. 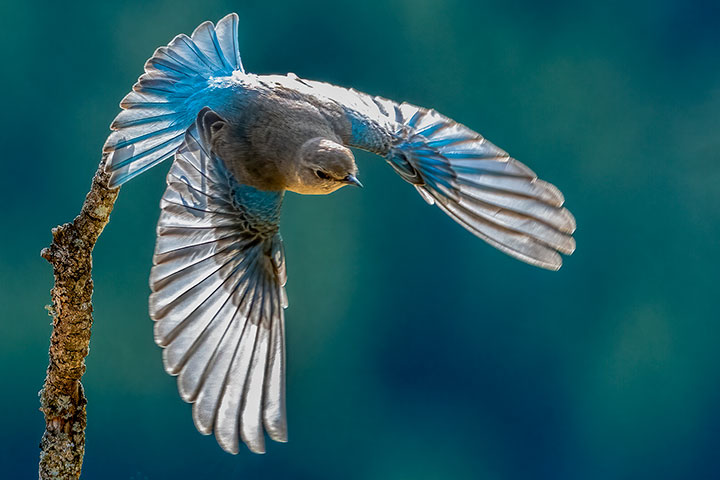 But the male shows much more blue. Photo by Cynthia Fraser. 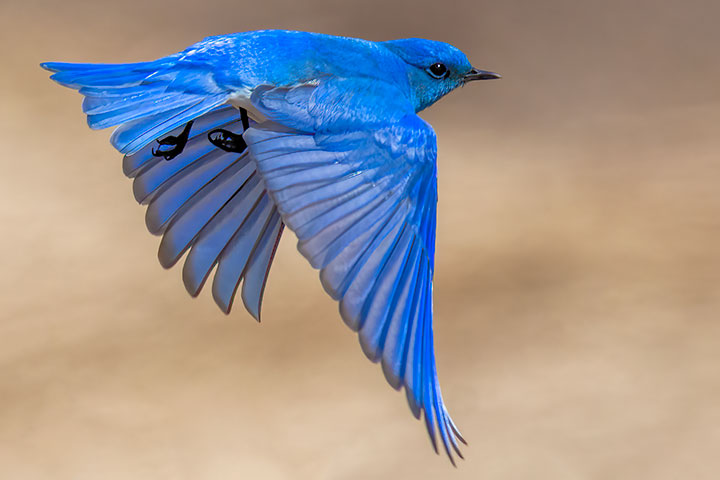 In fact it is difficult to find the shot with the white. 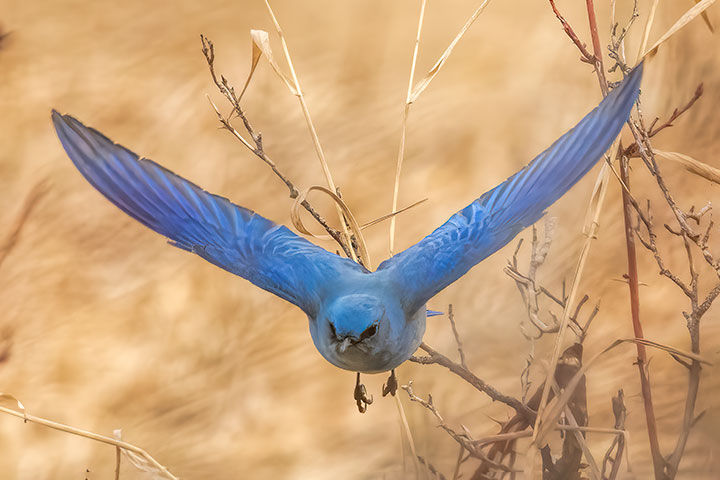 There is a hint of white here. 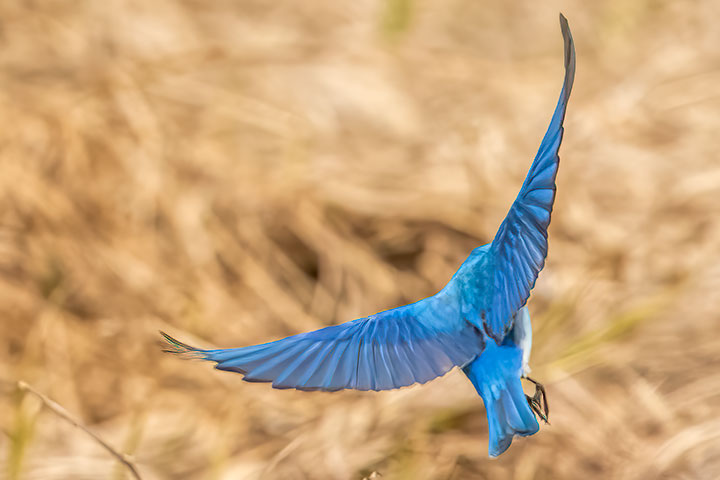 Ah, there is some white. 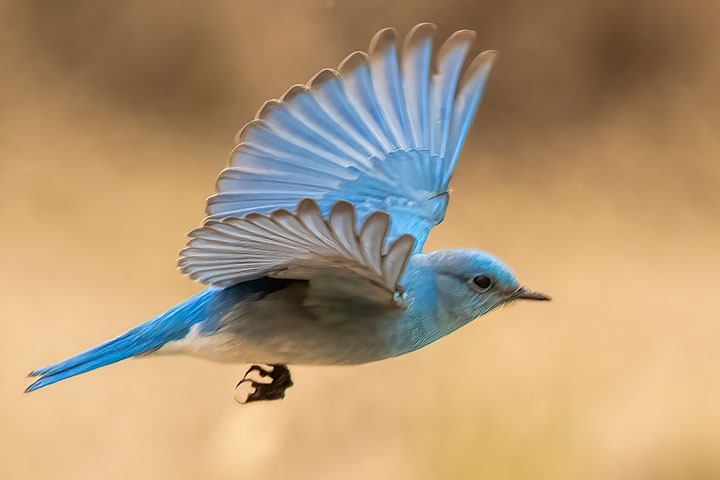 There are more flight shots in the next posting about food.