The closest and most difficult to record, was a falcon: a female kestrel as it left its perch. 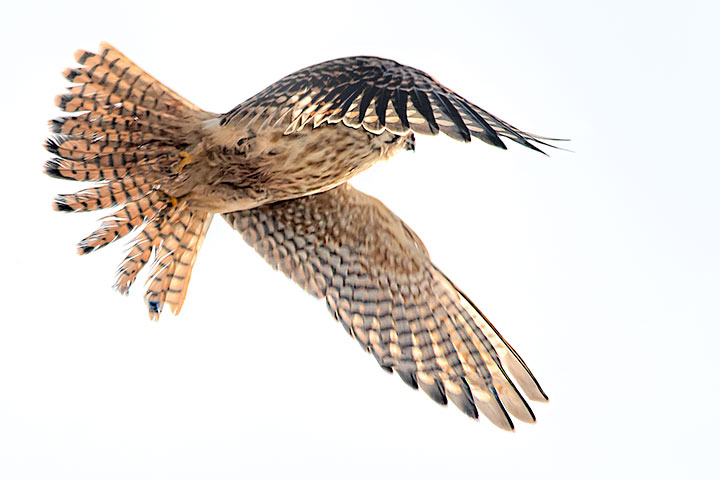 While I saw four Red-tailed Hawks, this soaring one was the only one that made for a good image. So, why does it lack its eponymous red tail? It is a juvenile. Next year it will sport a red tail. 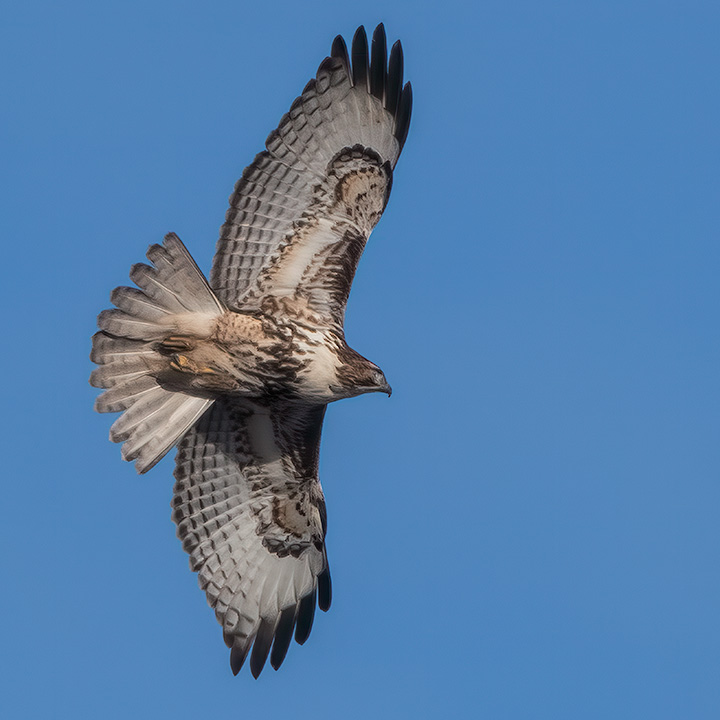 The observational gem, however, was this Rough-legged Hawk. 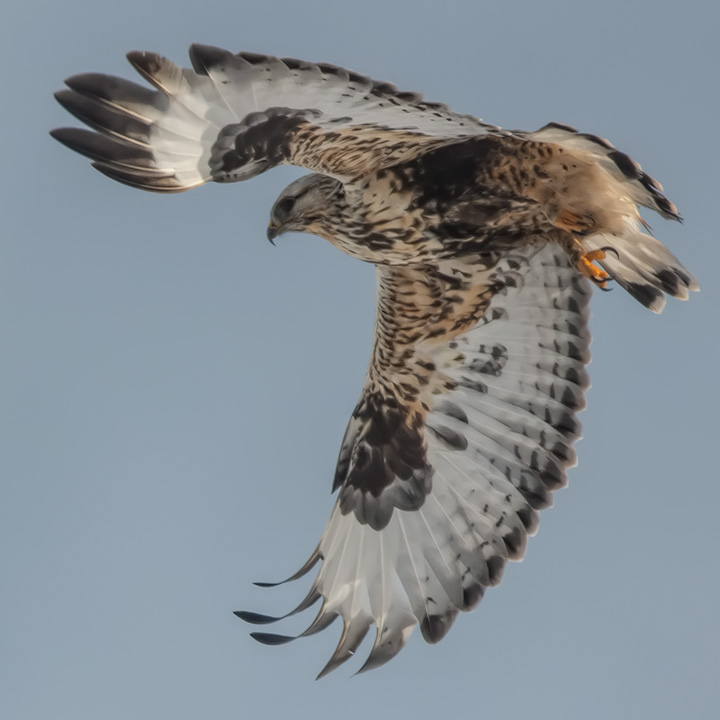