Around mid-September adult ospreys migrate. They have nested, raised chicks, and sent them off on their own. Now is the time to head south for the winter. However, that requires building up fat reserves by feasting on fish. (Juvenile ospreys migrate separately a few weeks later.)

Earlier in the week, an adult osprey fed in the early morning light. It spent most of its time feeding on the piling with its wings folded. But, occasionally it raised its wings to adjust the position of its fish, and that made for a couple of dramatic shots. 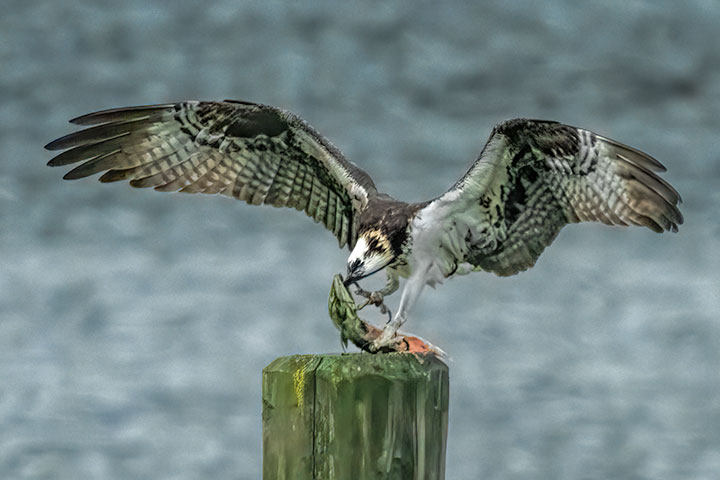 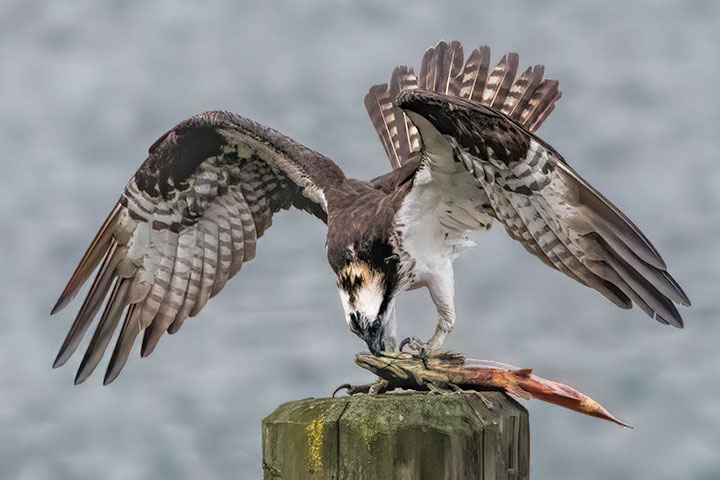