When seen from a distance, I thought that I was watching a courting couple. But no, both flickers were male. Cornell Lab comments on the flicker:

Early in spring and summer, rivals may face off in a display sometimes called a “fencing duel,” while a prospective mate looks on. Two birds face each other on a branch, bills pointed upward, and bob their heads in time while drawing a loop or figure-eight pattern in the air….

Leaving aside the silly redundancy in the name, these two males were fencing. However, as no prospective mate was seen, they were probably contesting ownership of the adjacent cavity nest.

As dispute resolution goes, these flickers have handily bested most other species. They discussed the issue calmly while avoiding all injurious contact. 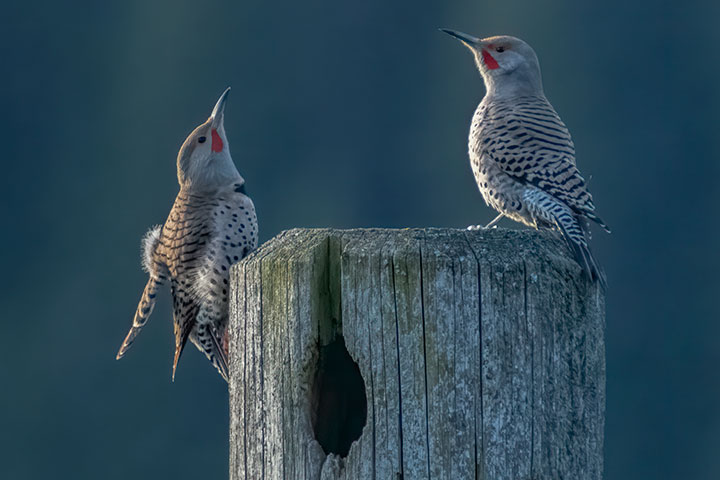