This is a collection of images from this February, none of which has had a posting of its own.

The Rough-legged Hawk is a winter resident that hunts for rodents. 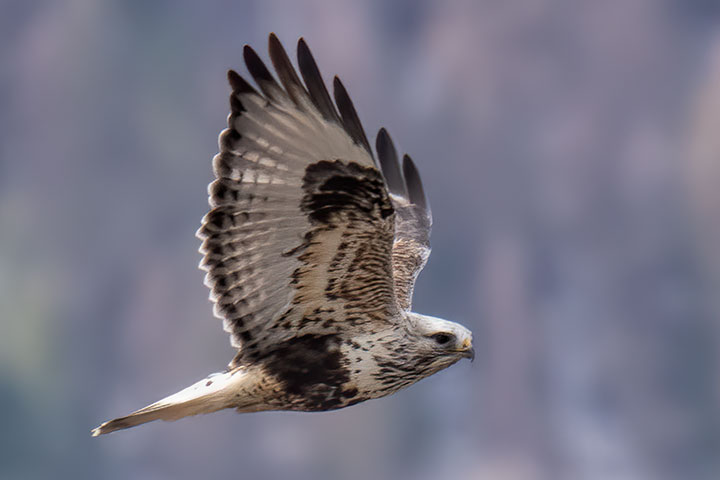 Our smallest falcon, the kestrel, hunts in open habitats. 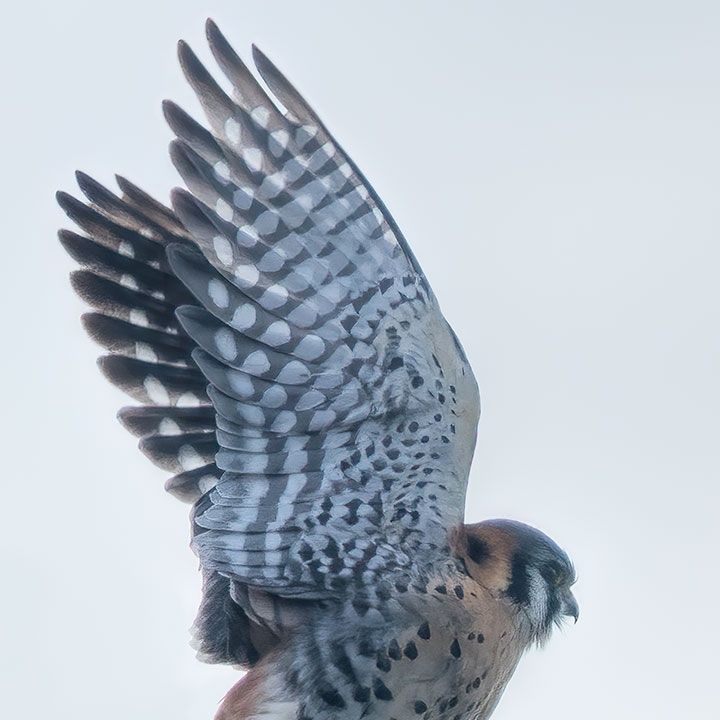 I don’t have a bias that favours sighting birds. Yet, notwithstanding the skunk seen earlier, most of the creatures I see are avian. Hiding in the forest is a White-tailed Doe in its winter pelage. 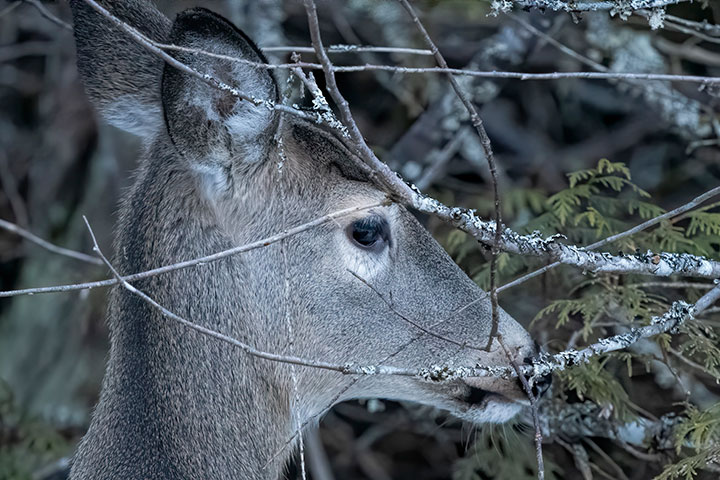 This is one of two Ruffed Grouse that frequent my yard. 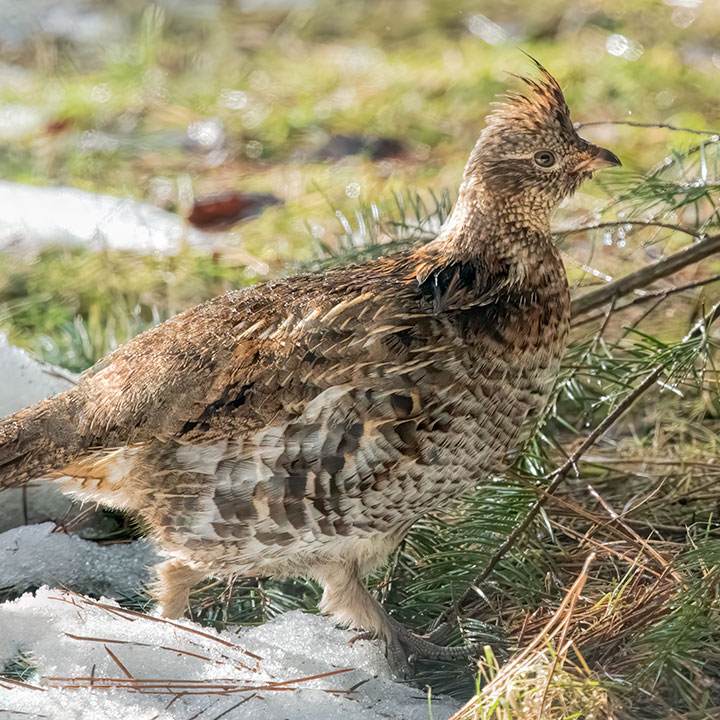 A Bald Eagle added a branch to the pair’s nest. Eagles have a compulsion to add material each year, and sometimes this results in a nest so massive that it topples the tree. 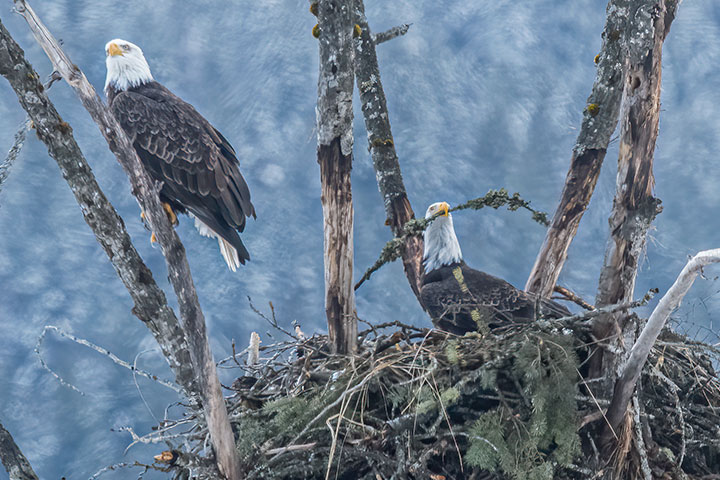 The Song Sparrow is a common bird, but drabness renders it inconspicuous. It deserves to be celebrated now and then. 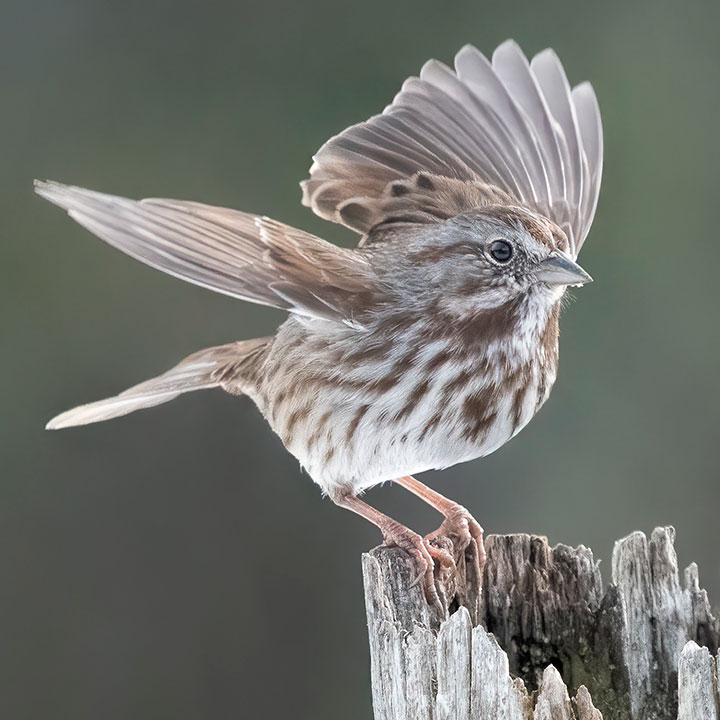 The robin is also common, yet has a greater cachet and so does not require the same acknowledgment as the Song Sparrow. Here are four robins in a larch. 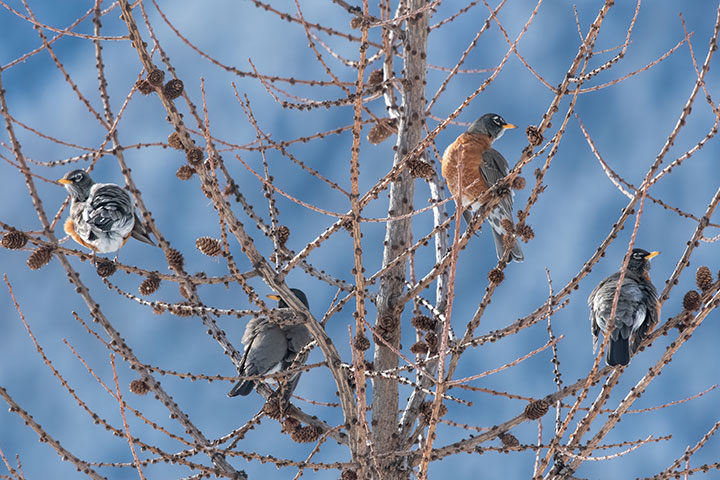 This has been an really good winter for seeing Trumpeter Swans. Indeed, many pictures I have taken of them have just been discarded. Yet, I rather like this shot taken in the dim light of dawn. 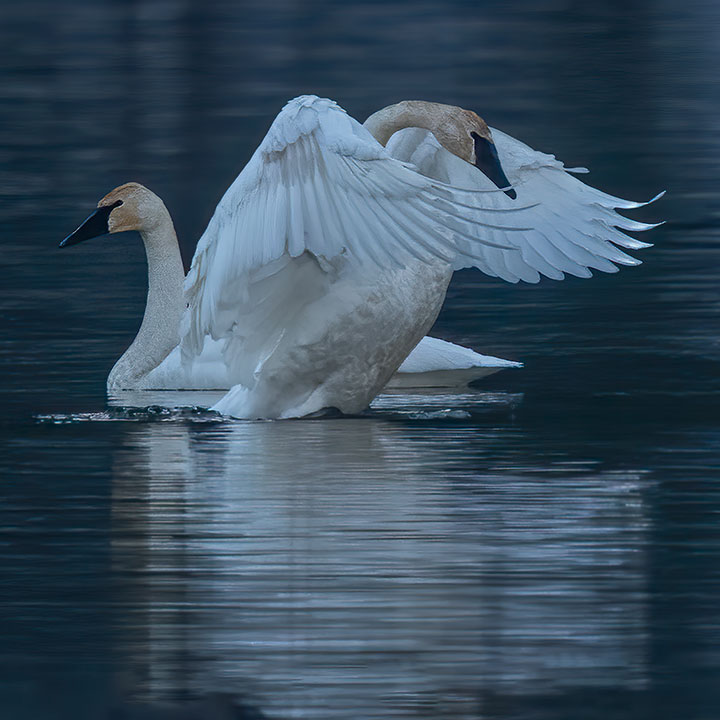 This is a male goldfinch in non-breeding plumage. The black feathers on the finch’s head are a sign of pending spring as it moults into its breeding plumage of a black cap and a yellow body. 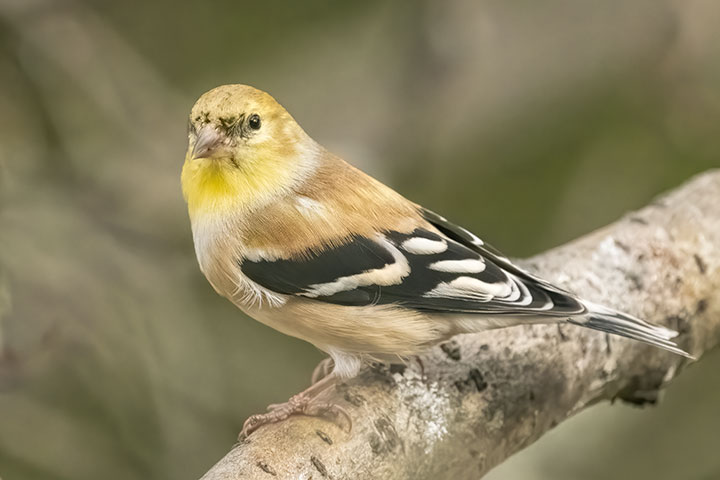 And this cutie is a female goldfinch. 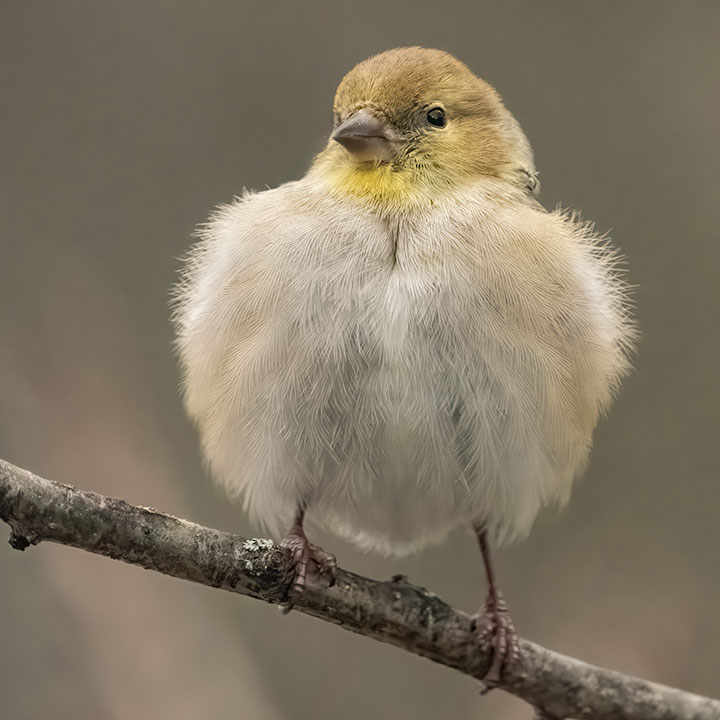