The canonical bird picture shows it perched in profile. Such a picture is useful for identification, and is relatively easy to take. When I say this, I don’t mean to imply that a profile is easy — just that it is considerably easier than taking action shots.

But I like the action shots, and for birds this often means catching them in flight. Here are two shots from this morning.

The male robin on the left was foraging on the grass when it was attacked by another male. I suspect that this was a fight over breeding territory. 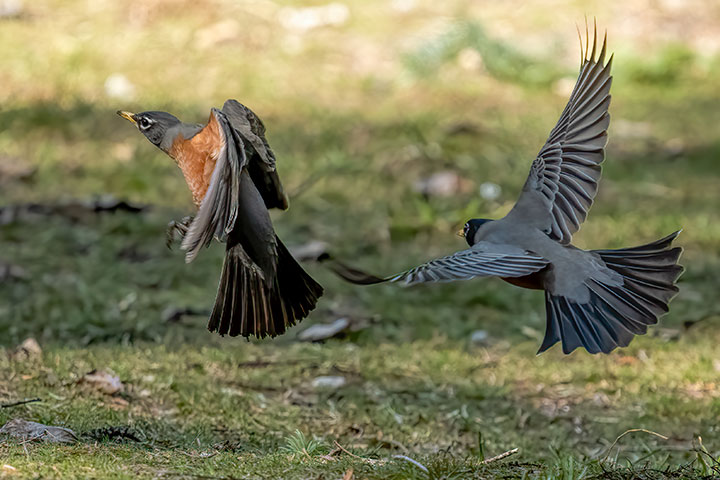 For a few weeks, we have had a Northern Shrike hunting over grasslands. The bird has probably stopped to feed on its way farther north to breed. I have managed a few profile pictures, but until this morning, my flight shots of it were distant and blurry. 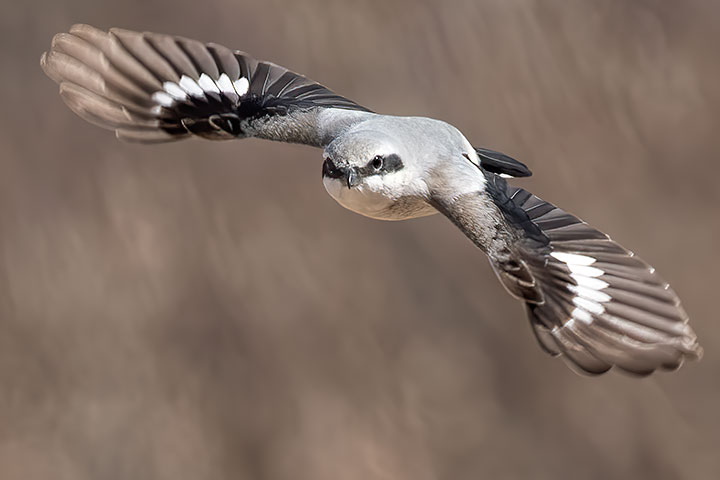