A better indication than the equinox for the arrival of spring is the arrival of butterflies. In the last few days, I have seen two, both early-season species. Each settled on some dry grass and spread its wings so as bask in the sunlight.

The California Tortoiseshell is common some years and rare others. The damaged right, back wing on this one implies that it has been around long enough to have been attacked by a bird. 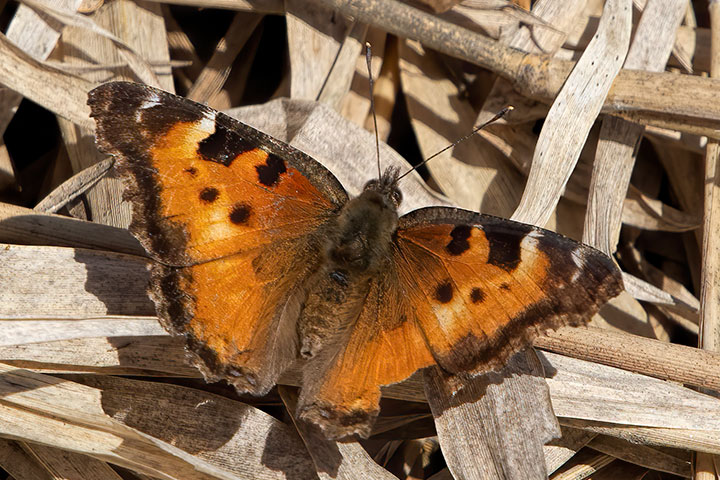 The Mourning Cloak is so named because its colours mimic a cloak worn during a period of mourning. After a winter in hibernation, Mourning Cloaks emerge early in the spring to mate. 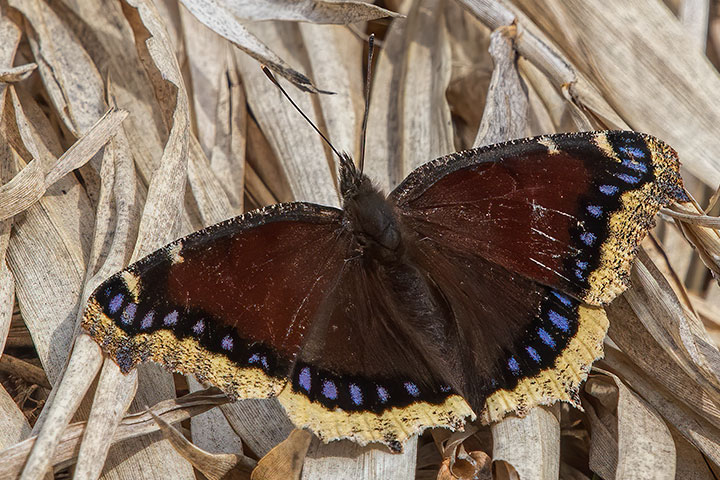