Nature is not bucolic. Animals attack one another with tooth, claw, and bill. Other species are seen as either food or competitor — in either case they must be attacked. I have watched animals assault prey. I have seen eagles harass ospreys in an attempt to steal their fish. I have seen ospreys attack herons (who knows why?). Spiders devoir flies. Bears and birds prey on fish. Everything captures and eats those tasty voles. It is just a matter of eat or be eaten. There is nothing personal here, folks: you are merely food.

While I have watched ospreys fight over access to a nest site early in the season, I had not previously seen them fight over a fish. But, that is what two of them were doing on this occasion.

A female osprey flies in with her partially eaten fish. 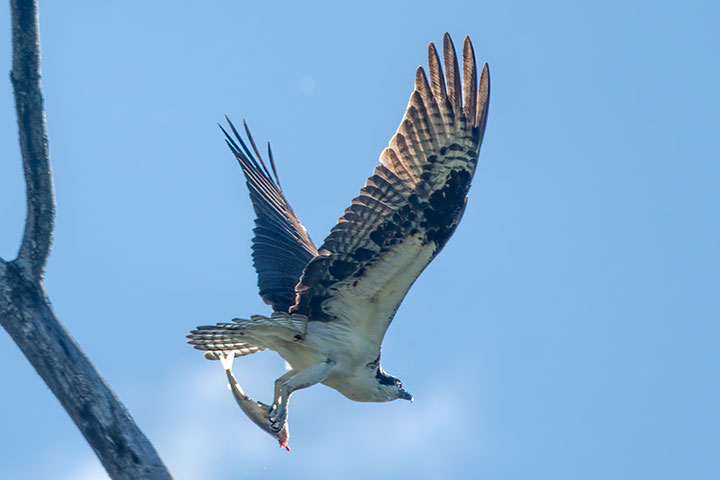 She lands on a branch to eat it further, but is watched by another osprey that covets the fish. 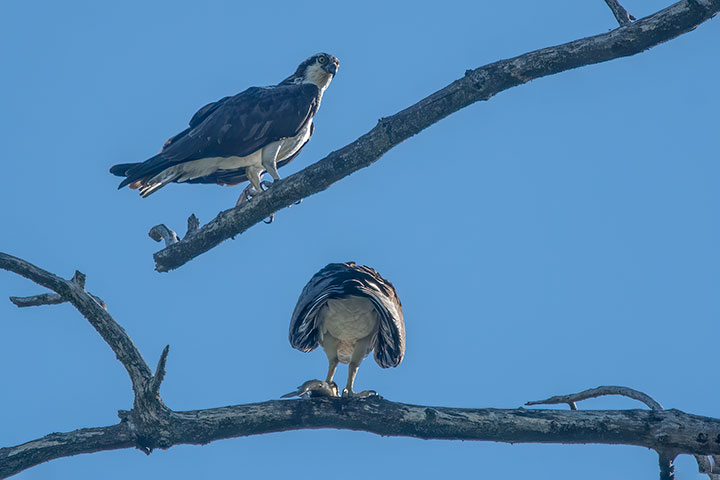 The chase begins. This is only one scene from a vigorous back and forth between the two of them. 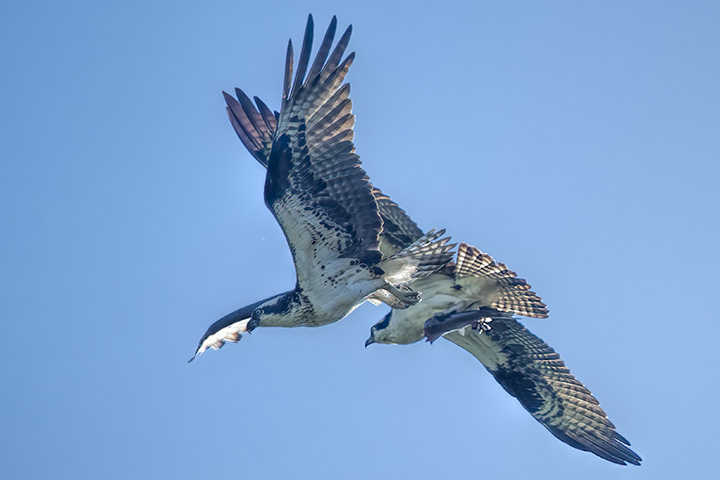 In the end she triumphs and settles down to consume her fish. 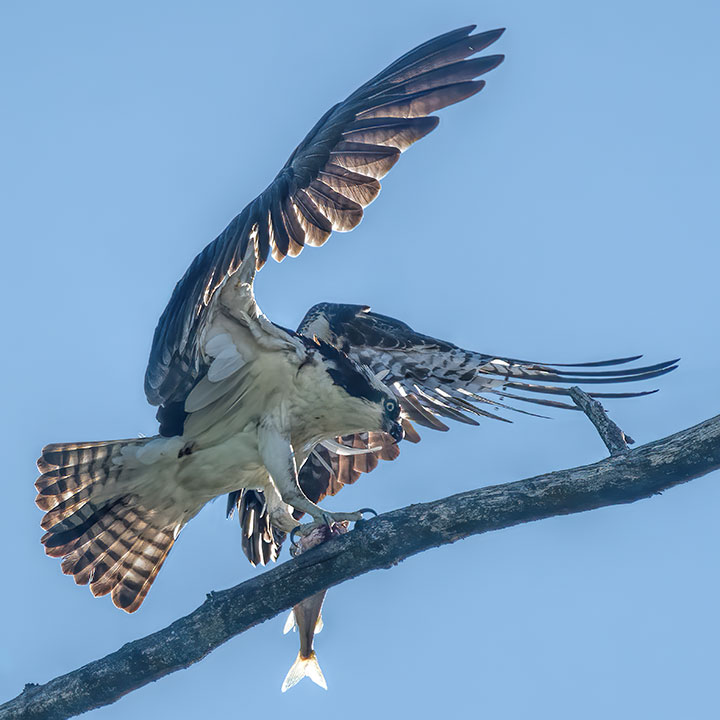