They are variously known as suicide birds and grill birds (owing to their propensity to be smashed by vehicular grills). These are the finches of winter, and primarily they are Pine Siskins.

Pine Siskins seem to crave salt, and highway maintenance provides salt in abundance (to melt snow on the roads). So, flocks of finches settle on the highways and feed, temporarily ignoring the danger. Along comes the traffic; the finches panic and lift off. Inevitably, some of them don’t leave quickly enough and become road kill.

That any little birds are mashed by traffic is sad. However there is an interesting pattern to be seen here. The deaths do not appear to be random, but are skewed towards inept birds. In 2017, a study was made of data assembled over many years by a taxidermist. He had listed organ weight and the cause of death of 3521 birds across 251 species. An analysis showed that birds killed in traffic had relatively smaller brains. While this may seem to be natural selection at work, these deaths are hardly desirable.

In this instance, Pine Siskins have alighted beside the highway to feed on salt. 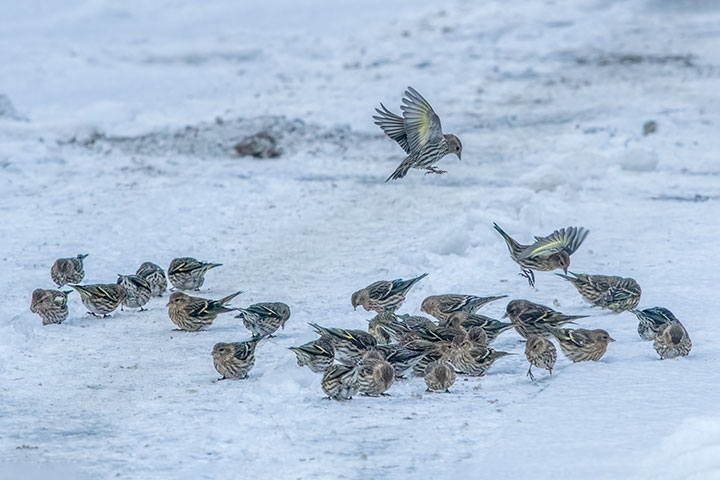 At the first sign of a threat, the birds take to the air, but some do not react quickly enough to escape being smashed by oncoming traffic. 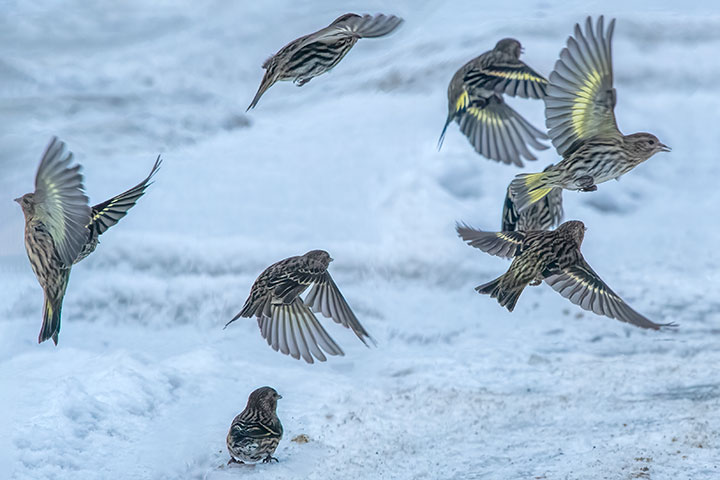 Around where the siskins had been feeding on the highway there were many dead birds. Some were on the pavement; others had been tossed by the traffic onto adjacent snowbanks. Sigh. 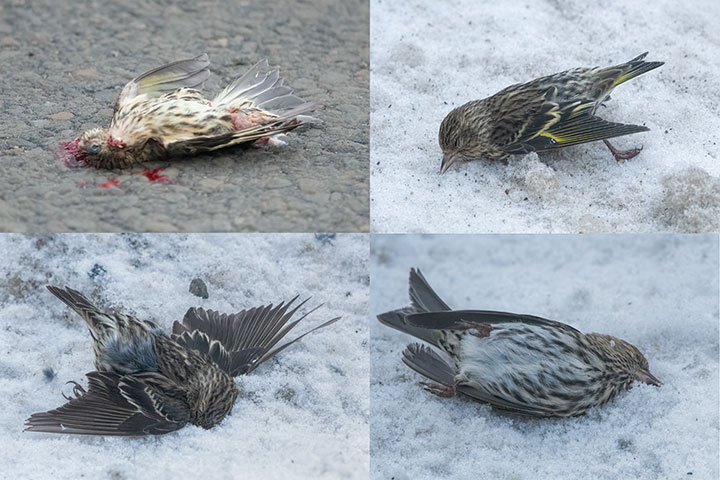 A side note: I have sometimes read comments by birders who wonder why birds in a flock never collide. (Strangely, they don’t ask if birds collide, they assume an answer and ask for an explanation.) Actually, birds in a flock often seem to collide, however they recover quickly and carry on. Here, three panicky siskins are in a aerial pileup. 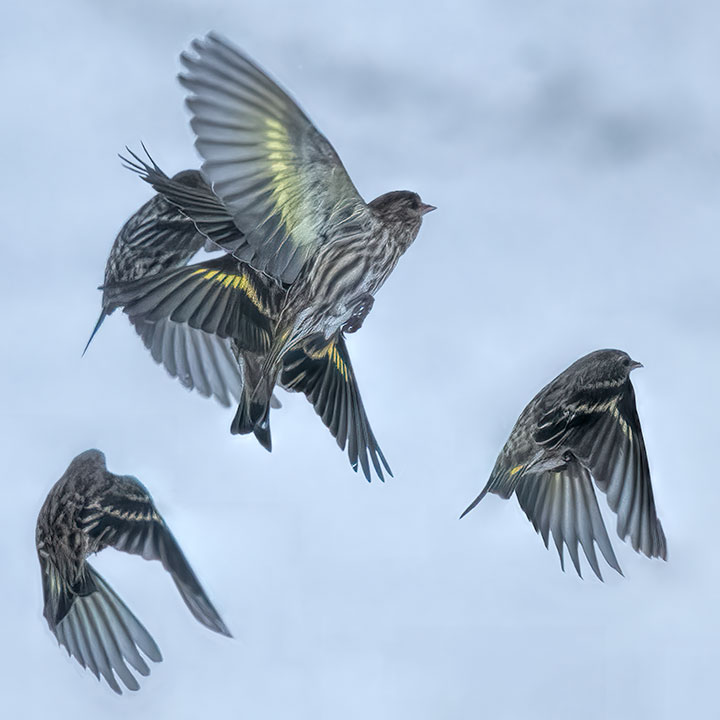