With the advent of sunny spring, I noticed my first lawn flower of the year, a chionodoxa, a tiny bluish flower with a whitish centre. It is sometimes known as the glory of the snow.

Abruptly, the flower was visited by the first bumblebee of the year. Well, that is what a companion suspected — but it wasn’t a bumblebee, but a bumblebee mimic, a mimicry crafted to avoid being eaten by a bird. Rather than being a bee (Bombus), the visitor was a fly (Bombylius) and a predatory one at that.

The flower appears early in the spring; the bombylius does likewise. The reason the fly does involves a story about solitary bees, for this is the time that solitary bees temporarily leave their nests unprotected. Unlike the social bees, each solitary bee lays her own eggs and does so in a small tunnel she has provisioned with food such as nectar and pollen. She then seals the entrance.

However, for the short time it takes the solitary bee to do this, the tunnel entrance is open and that is when the Bombylius fly enters and deposits its own eggs inside. When a bombylius larva emerges, it feeds on the provisions meant for the bee larvae. It then changes form and eats the bee larvae, themselves. Bombylius has only a short time in the spring to give its offspring this opportunity.

You do what you have to do. 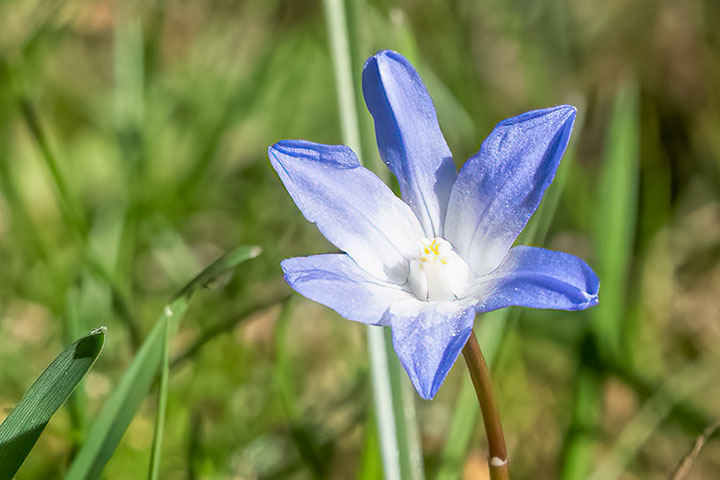 It was promptly visited by the Bombylius major, an early spring bee-mimic fly. 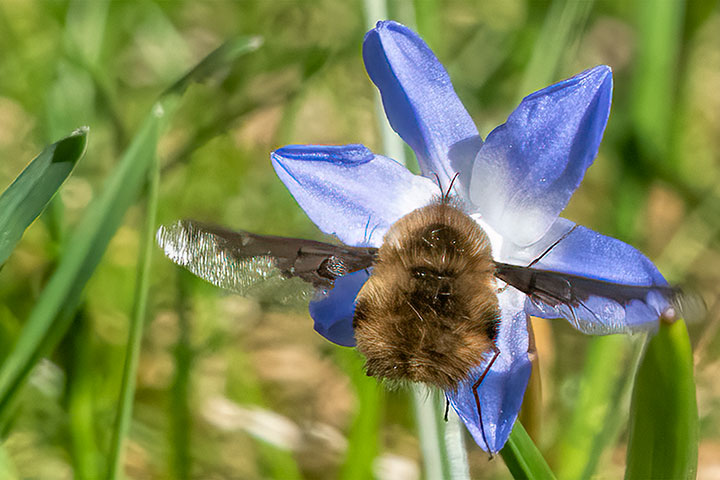 The next day, a Bombylius major visited a dandelion as it sought more nectar. Its long legs and proboscis have probably evolved to protect it from an easy attack by crab spiders. 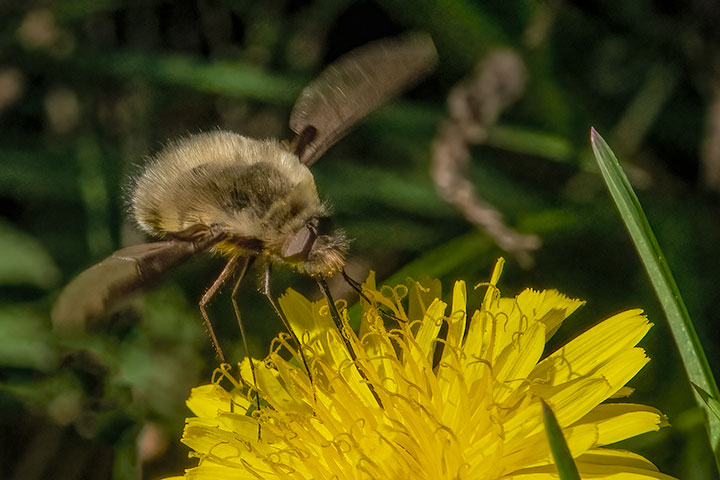 4 Responses to Bombylius, Not Bombus