I see perhaps 20 to 50 white-tailed deer for every mule deer spotted. This was not the deer frequency during pre-settler times when mule deer dominated. But, white-tailed deer moved in with the settlers. Certainly, we now have both species locally, but I live at the valley bottom, a region favoured by white-tailed deer. Mule deer are usually found higher on the mountain sides. One must head uphill to see mule deer, and even there, they can be sparse.

As distinct from white-tailed deer, mule deer are characterized by:

• somewhat larger body sizes
• more greyish than tannish pelage in winter (both are reddish-brown in summer)
• larger antlers that are dendritic rather than single branching
• large ears (which gives them their name)
• black-tipped rope-like tail, as distinct from a broad tan tail
• when escaping, they often stot
• a much larger home range
• don’t do well around people (unlike the white-tailed)
• inhabit the higher elevations

Two mule does were seen today at an altitude of about 680 m.

The mule doe was feeding on leaves. Her large ears and rope-like tail are evident. 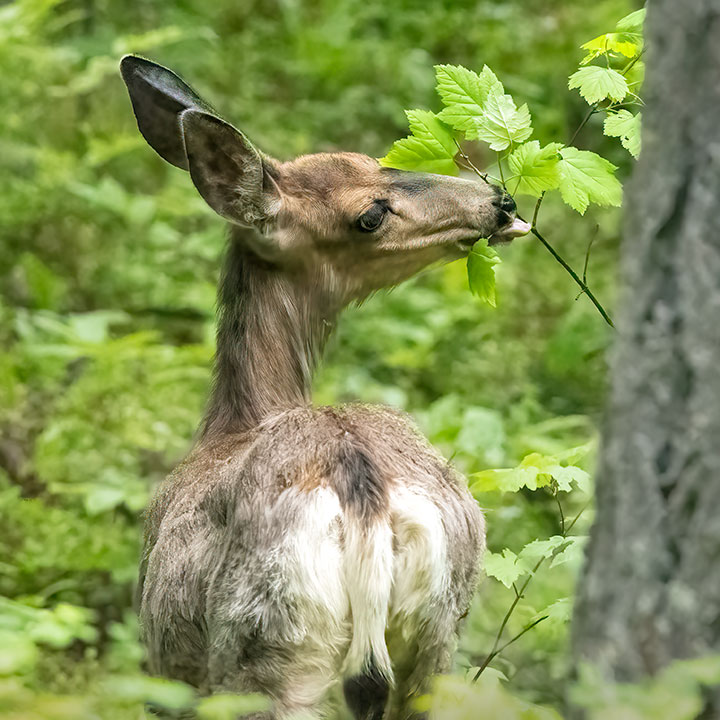 Two doe were foraging together. Here is a problem: Can you match the heads to the butts? 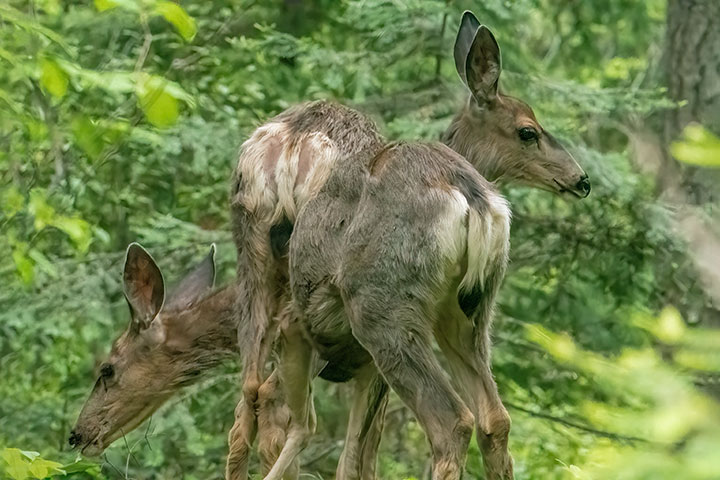