This is a collection of images from this May, none of which has had a posting of its own. As spring is upon us, this collection is diverse, but hardly exhaustive.

Of our three regular hummingbirds, the Calliope is the smallest and, perhaps, the least common. 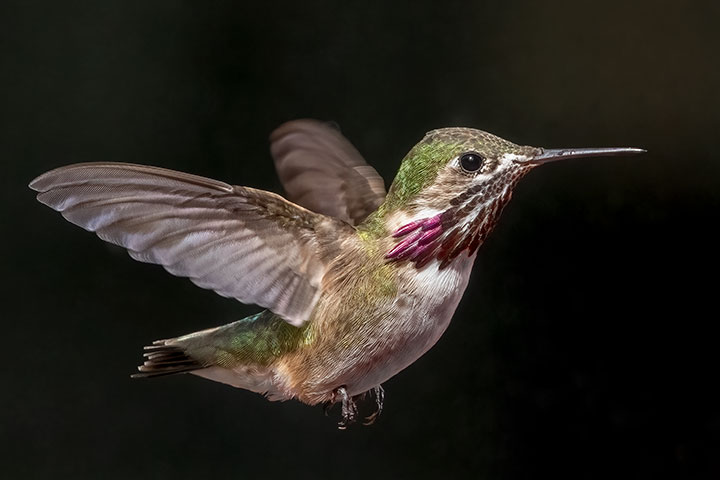 Naming conventions are a bit odd when it comes to animals that are not mammals being named for the characteristics of mammals. Consider horns. All male bovids have horns (some females do also). So, what does one make of a Horned Grebe, a Horned Lark, and a Great Horned Owl, each of which is a bird. They have ornamental head feathers that, while not horns, reminded someone vaguely of them. Also, insects lack feathers, but do have antenna. So, a few with particularly long antennae have been styled a longhorn beetle or a longhorn bee, as if they were cattle. Sigh. Here is a longhorn bee feeding on a dandelion. 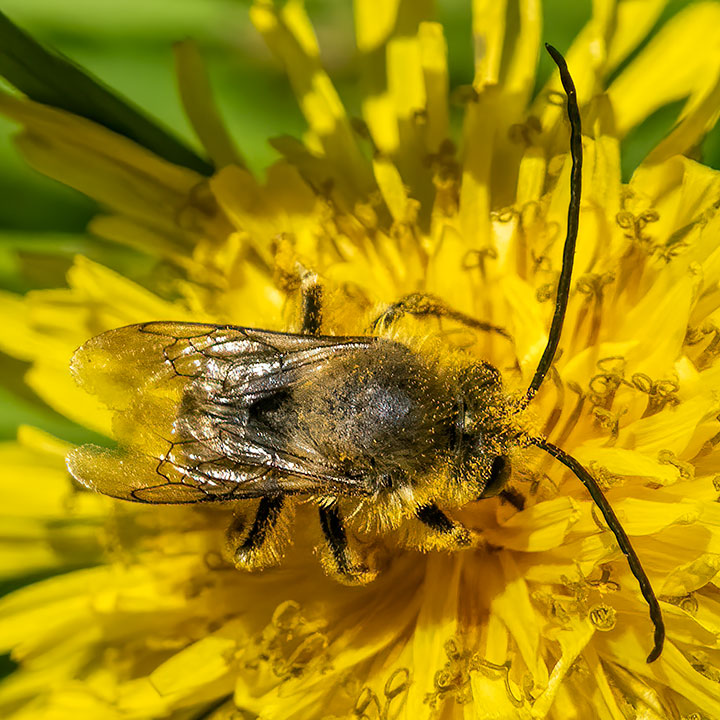 This juvenile Bald Eagle just flew from its perch. 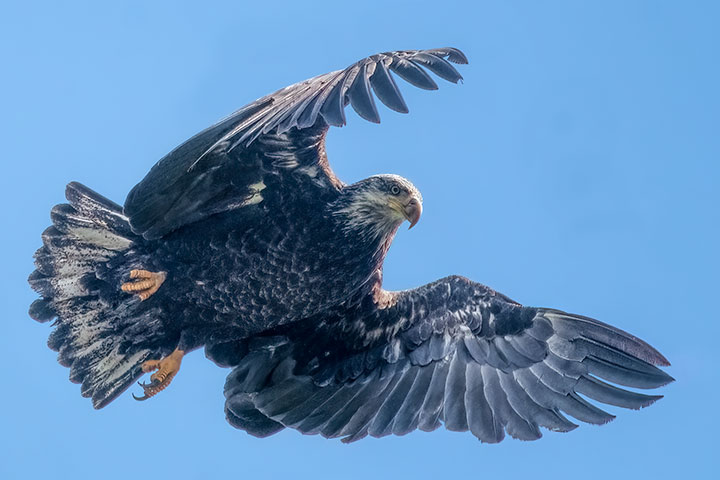 This alpha looper moth was sleeping on a window in the daytime (thus the dark background). The pattern on its wings normally provides a superb camouflage when it sleeps on the bark of a tree. However, by choosing a window, the moth became strikingly obvious. A few minutes after this picture was taken, a bird spotted it and ate it. 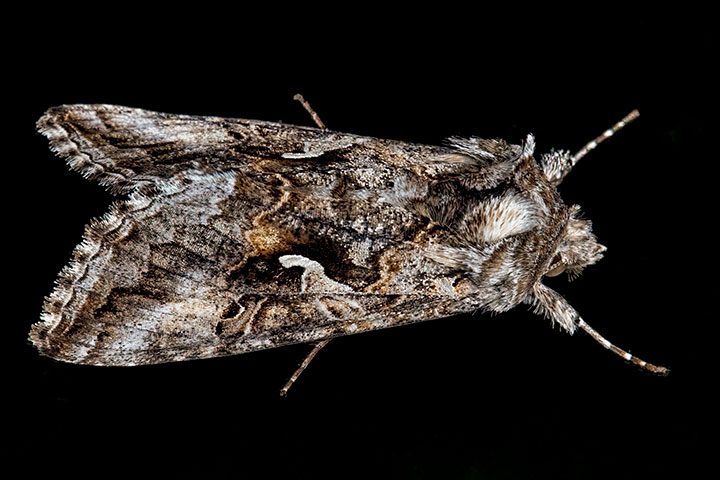 The Great Blue Heron is with us year round, but it is less abundant in winter than summer. 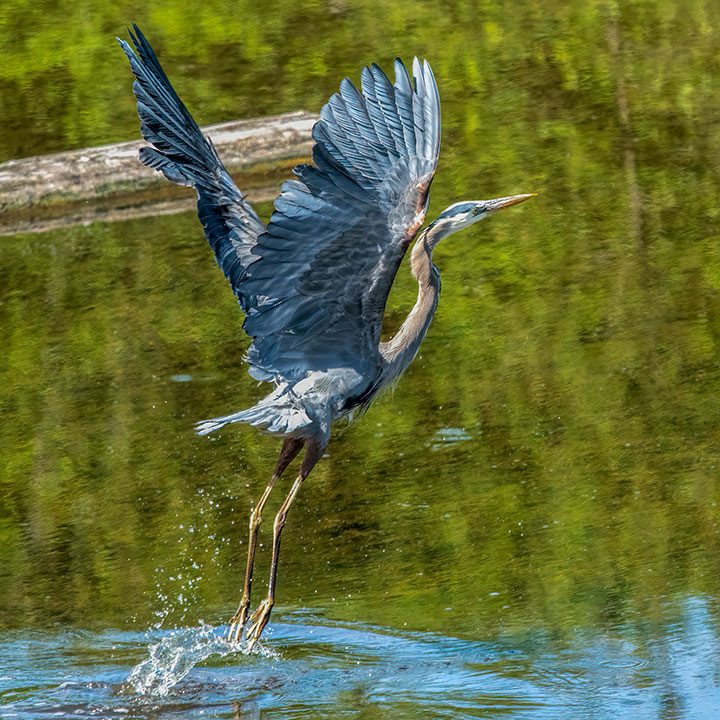 While the grizzly bear is a carnivore, it also eats grass and broadleaf plants such as cow parsnip. 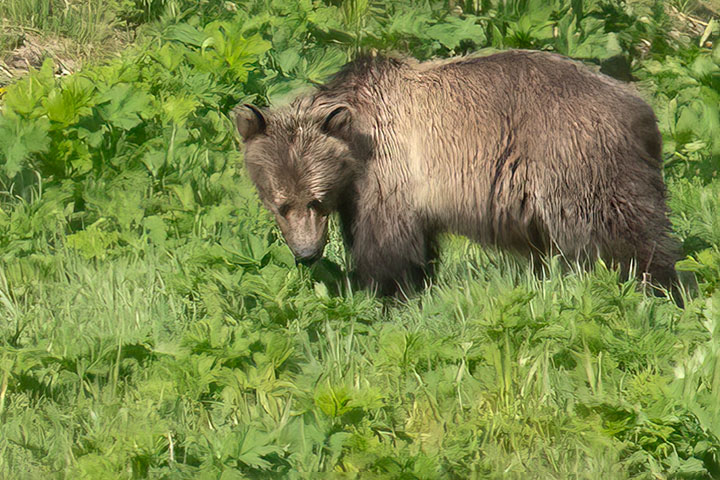 A young Red-tailed Hawk looks over its shoulder. 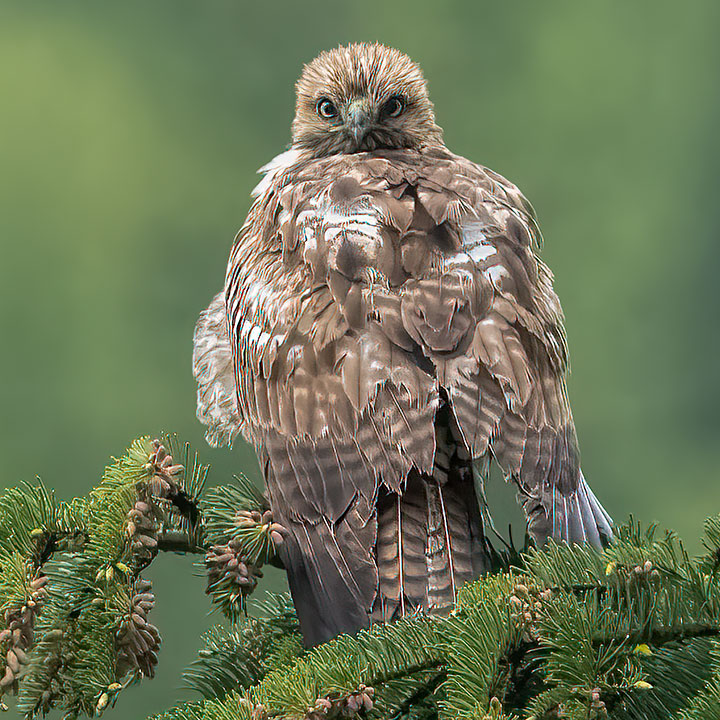 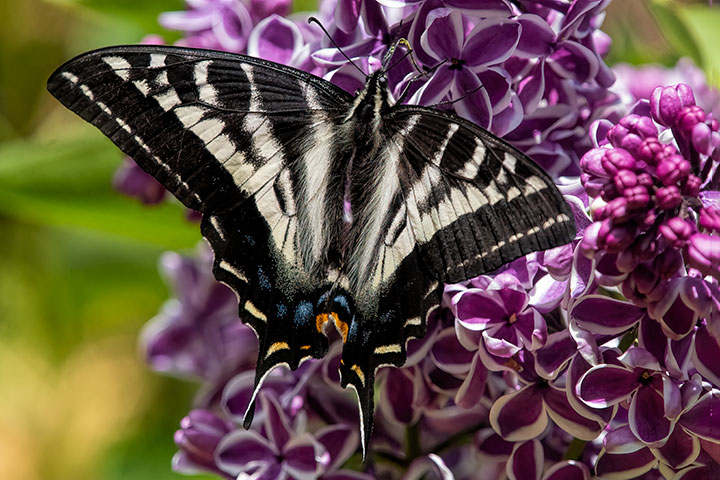 A Yellow-rumped Warbler moved frenetically through the brush so was difficult to photograph. 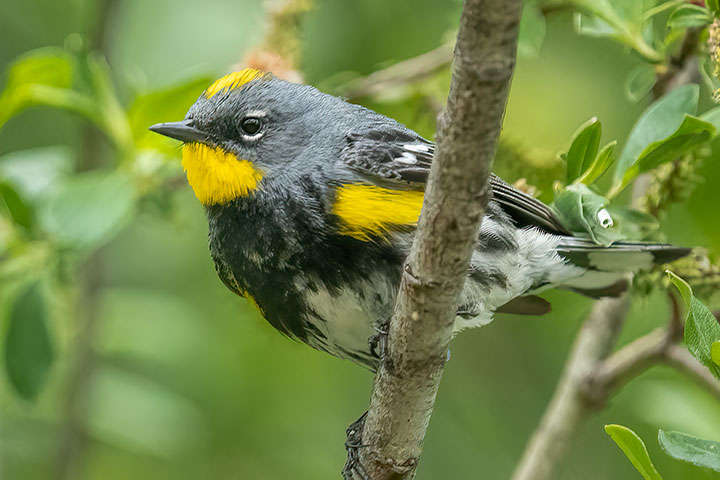 A mining bee has stored its collection of pollen on its hind legs. 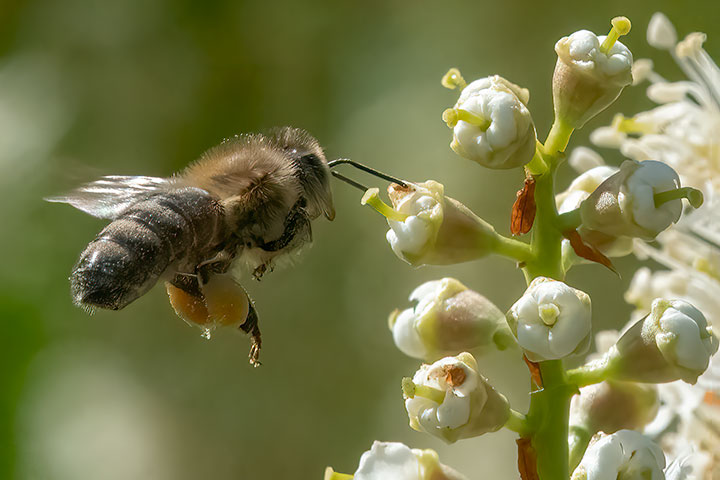 It is clearly now summer as the Spotted Sandpiper is scouring the beach for arthropods. 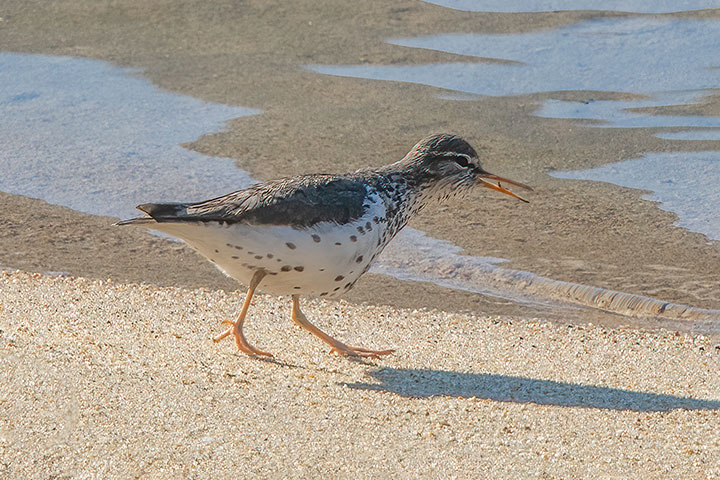 A westslope cutthroat trout (or so I suspect) cruises the shallows. 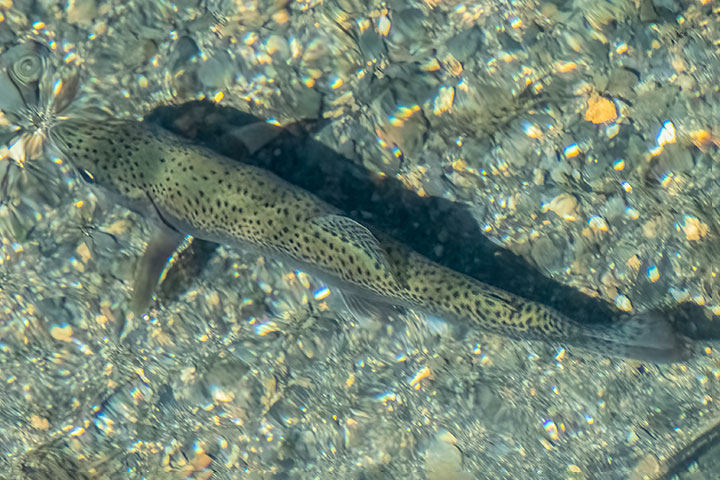 The trillium flower is normally white. However, when under stress (low temperatures, aging) it manufactures a defensive chemical (anthocyanin) which also turns the petals purple. 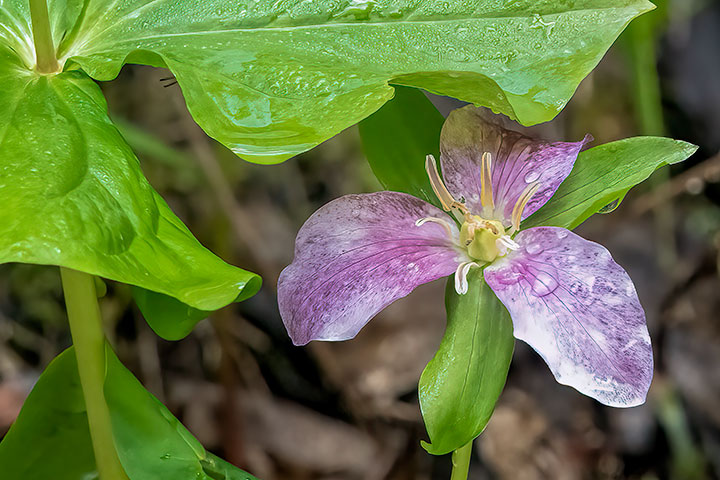 8 Responses to May goulash