A Great Blue Heron was snacking in a pond. Well, it probably would have been happy for somewhat larger fare than the minnows being caught. However, it persisted and snacked on a great many of them.

The heron would reach into the pond, grab a minnow and then often open its bill so that the minnow floated between its mandibles before the bird tipped its head and swallowed. 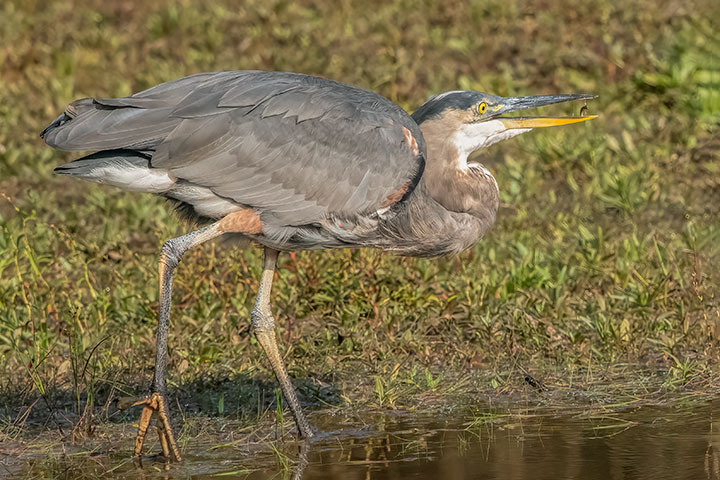 Often when the heron opened its bill, the minnow seemed suspended in a film of water. 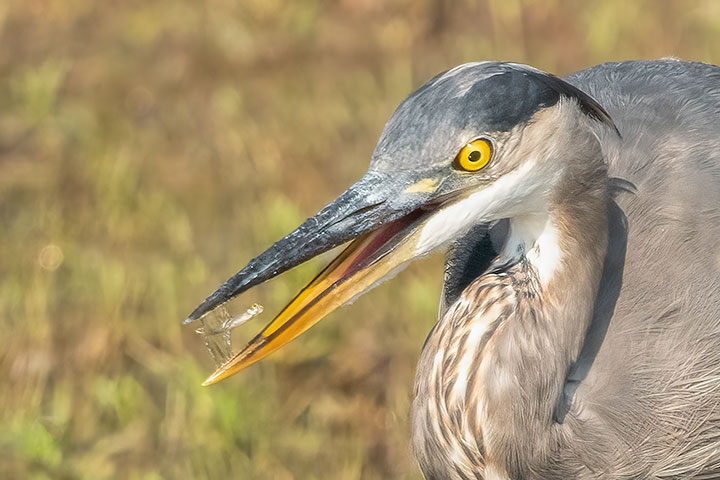 Fish: “How about negotiating what happens next? Could we go to arbitration?” 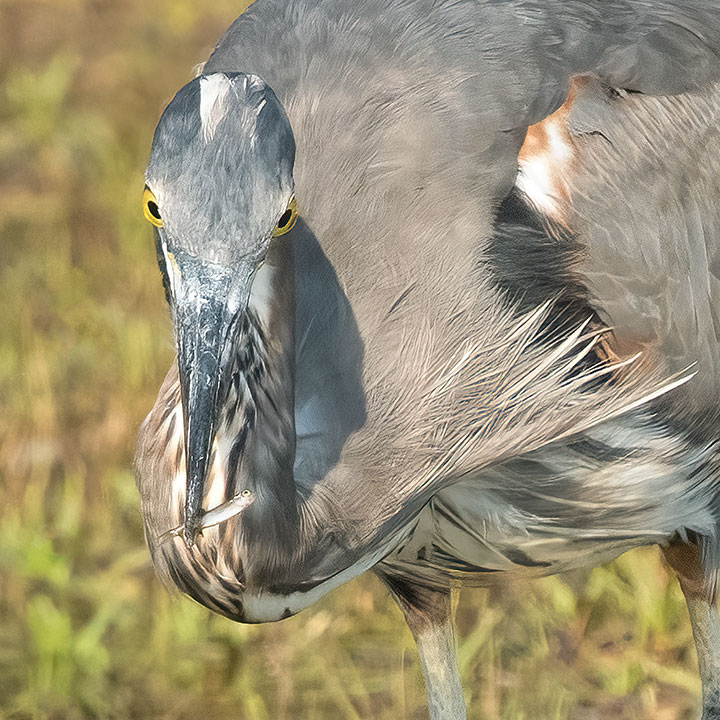