Recently, I had my first daylight sighting of two bull Elk who sauntered past midmorning with what appeared to be a breeding harem of maybe two dozen cows and calves.

During Fall mating season, Elk are polygamous. A mature male Elk (bull) will court and mate with many cows while protecting his breeding harem of cows (and their existing calves) from all other bulls. However, this local group of Rocky Mountain Elk had two large males with similarly well-developed antlers travelling together. I do not know why. 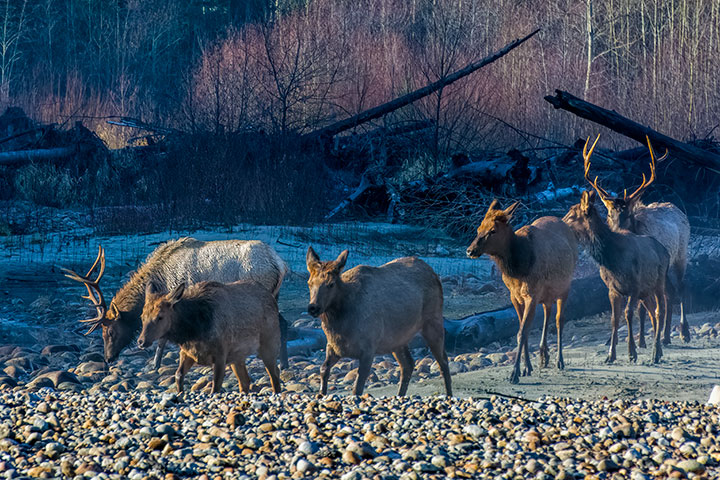 The Elk group headed towards the nearby river and proceeded to slough through chilly water to arrive at a large flood plain on the far side of the channel. After they crossed, some began grazing on woody plants, grasses and leaves. But other Elk seemed to keep looking downstream and calling out. 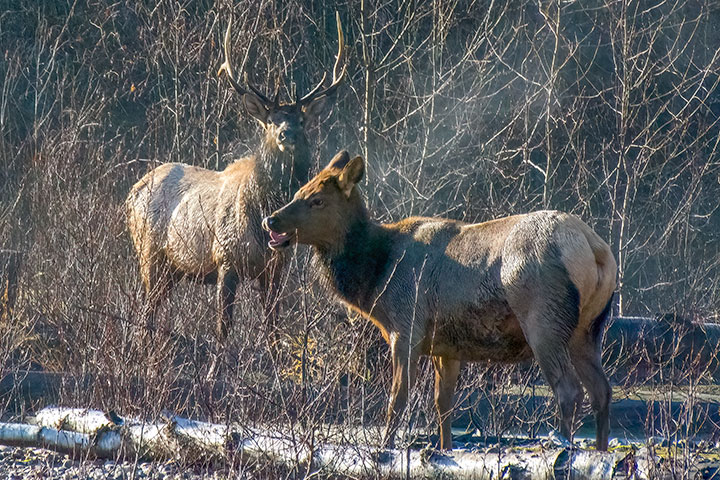 Elk are social animals and it became quickly clear that some stragglers had waded to a small downstream island, rather than fully crossing the river. After much vocalizing, this wandering cow and calf began crossing the rest of the river in an effort to rejoin their larger family group. 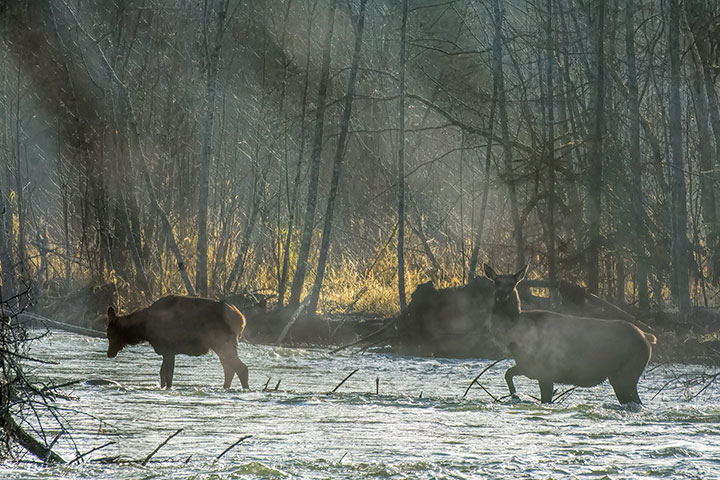 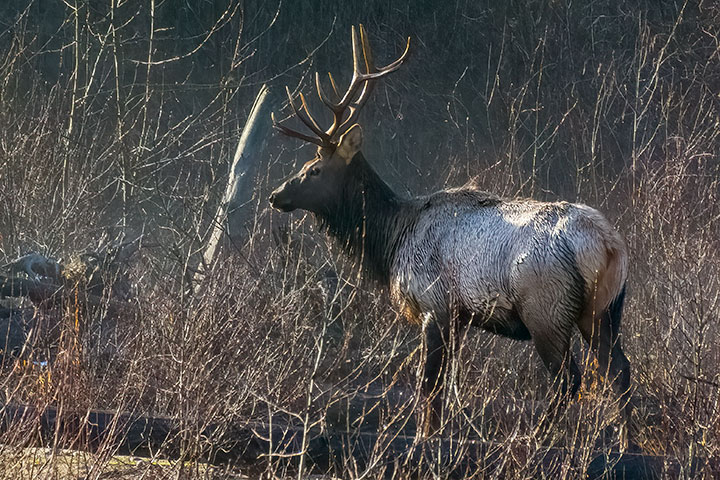 Meanwhile, at the other end of the flood plain, it appeared that a calf was nursing. 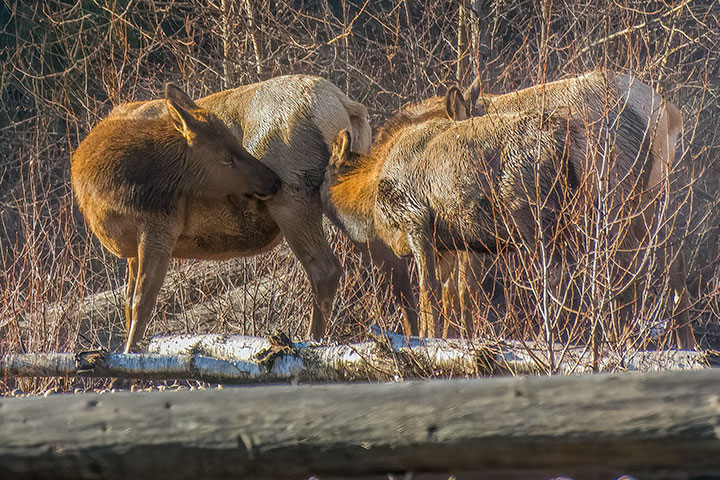 I say appeared, because I’ve learned that our Rocky Mountain Elk calves tend to be born in May or June and weaned in the Fall. So, December seems rather late for nursing. Maybe this was just several minutes of intense sniffing or licking? If you are an Elkpert, I welcome your insights.