White-tailed deer can bound; mule deer can bound, but can also stot. The bound is a variation of the gallop, but the hind and front legs act together rather than individually. The bound, the gallup, and the stot are all types of gaits the animal employs when it travels.

The first time I saw a deer seemingly suspended in air was when I watched a white-tailed deer leap over another. It had been standing on the left side of its neighbour, but chose to head to the other side. The bounding deer pushed off with its two hind legs, jumped overtop its neighbour, and landed beyond it when its two front legs touched down together. 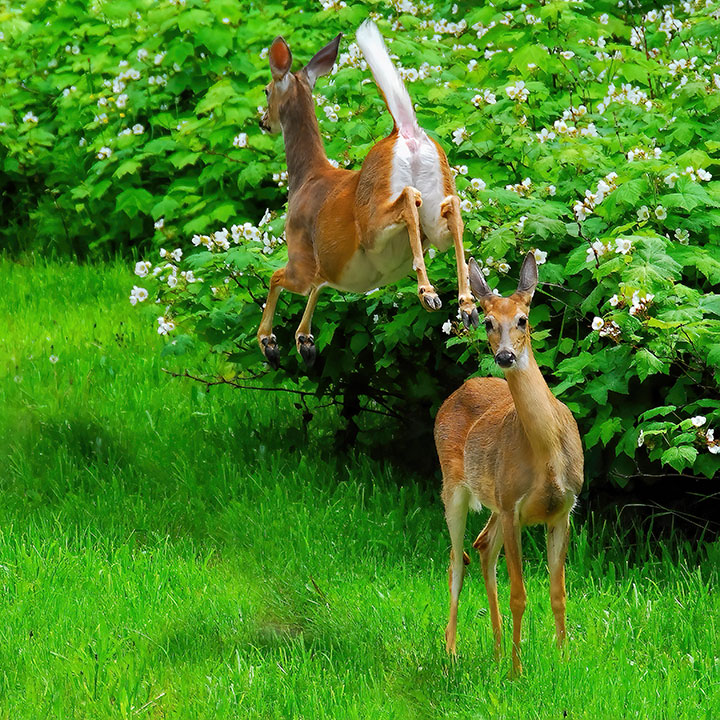 This morning my daughter, Cynthia, managed a shot of a white-tailed deer in mid-bound as it travelled across a field. As with the earlier deer, this one had pushed off with its hind legs and landed first upon its front legs. 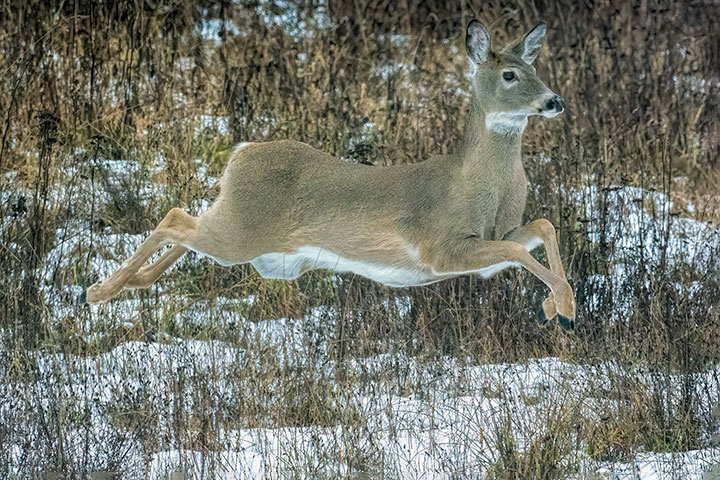 The bound is a distinctly different gait than that sometimes practised by the mule deer. In addition to the bound, they often stot. This gait involves pushing off with all four legs simultaneously, bouncing up into the air, and then landing on all legs at once. Travel is slower than when bounding, but the stotting gait allows a quick change in direction and easy climbing of hills. When in suspension, the leg position of those who stot is distinctively vertical, rather than spread. Here are two mule deer stotting. 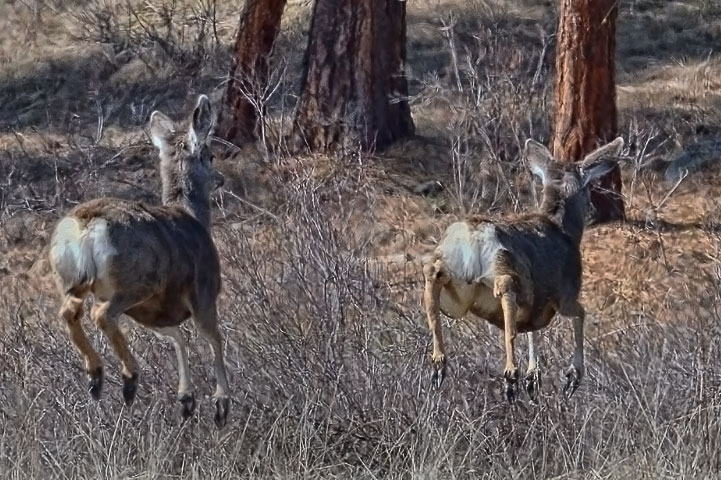 My favourite shot of a mule deer stotting is this one taken by my wife, Dorothy. Notice how the position of its legs differs from that of the bounding white-tailed deer, above. 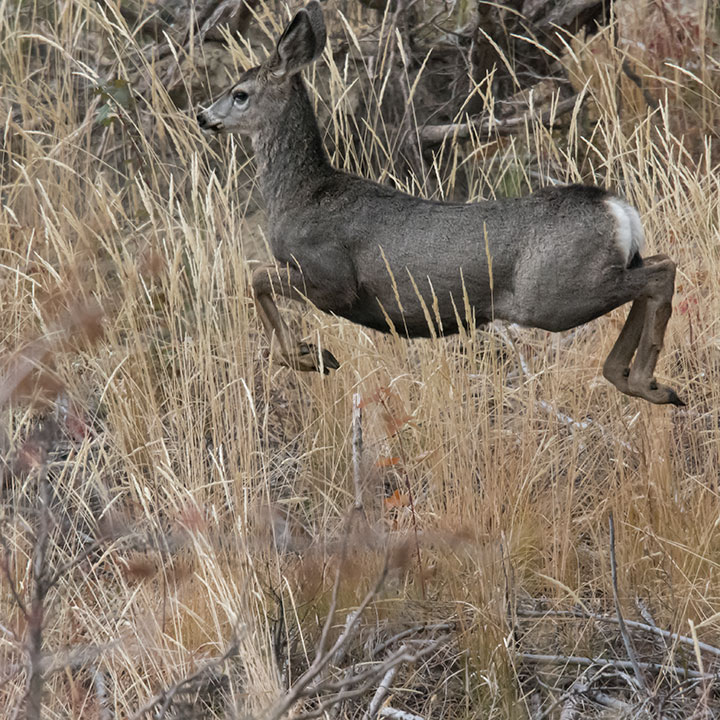 6 Responses to Deer in suspension